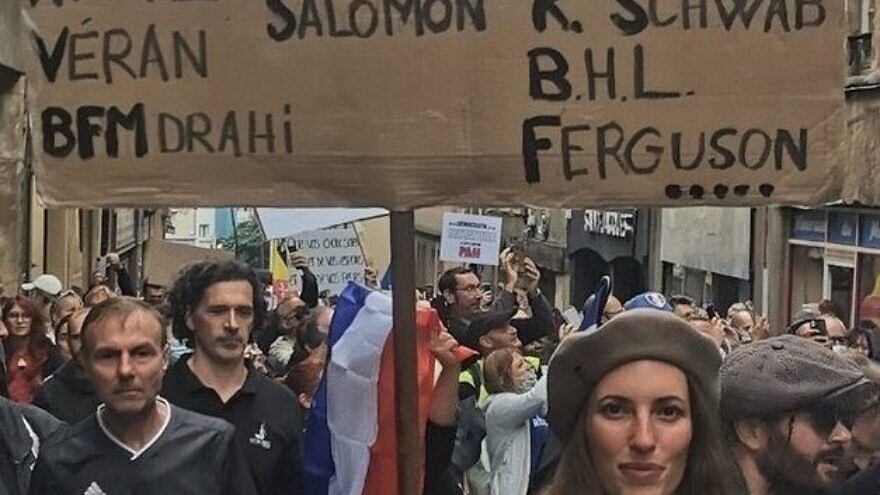 Activist Cassandre Fristot holds an anti-Semitic sign with the names of Jews at a protest in Metz, France, against French protocols regarding the coronavirus, Aug. 12, 2021. Source: Twitter.
Spread the word.
Help JNS grow!
Share now:

(October 21, 2021 / JNS) A teacher in France received a suspended jail sentence on Wednesday after raising an anti-Semitic sign at a demonstration over the country’s coronavirus health pass system.

Cassandre Fristot received a six-month suspended prison sentence after holding a sign on Aug. 12 that went viral in France and was condemned by the interior minister and other politicians, reported AFP.

The sign had the last names of well-known figures with the label “traitors!!!” Many of the names were Jewish and Jewish-sounding, including George Soros, French philosopher Bernard Henri-Lévy and former French Health Minister Agnès Buzyn.

The sign also included French President Emmanuel Macron and Health Minister Olivier Veran with the question “but who?”—a hashtag used by anti-Semitic conspiracy theorists with the claim that Jews control the media.

Fristot was suspended from her job as a German teacher after the picture surfaced, according to the report. She denied that it was anti-Semitic.

The sentence was three months longer than the three-month suspended sentence requested by state prosecutors.

Interior Minister Gerald Darmanin tweeted in August: “Anti-Semitism is a crime, not an opinion.” 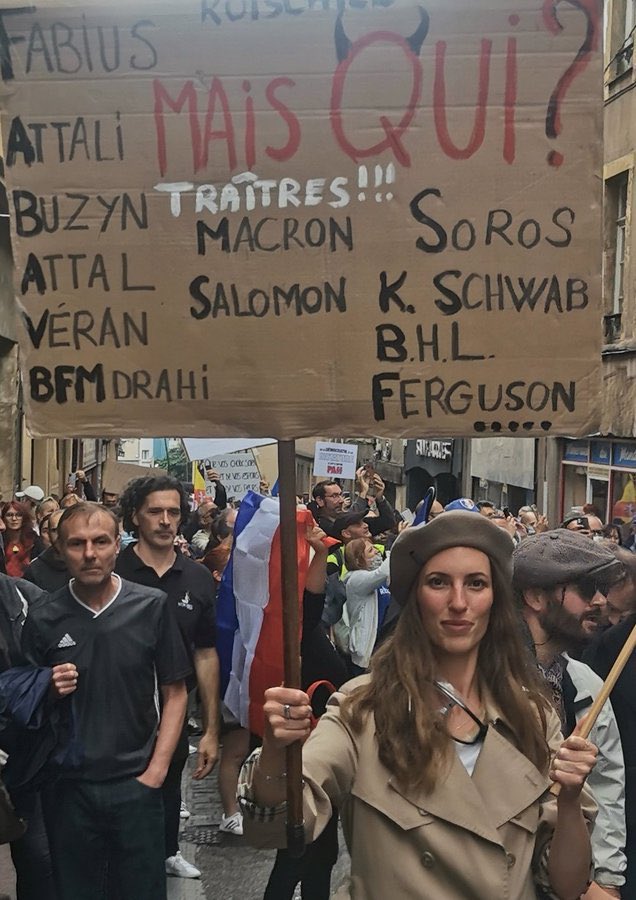 Activist Cassandre Fristot holds an anti-Semitic sign with the names of Jews at a protest in Metz, France, against French protocols regarding the coronavirus, Aug. 12, 2021. Source: Twitter.
Republish this article in your newspaper or website