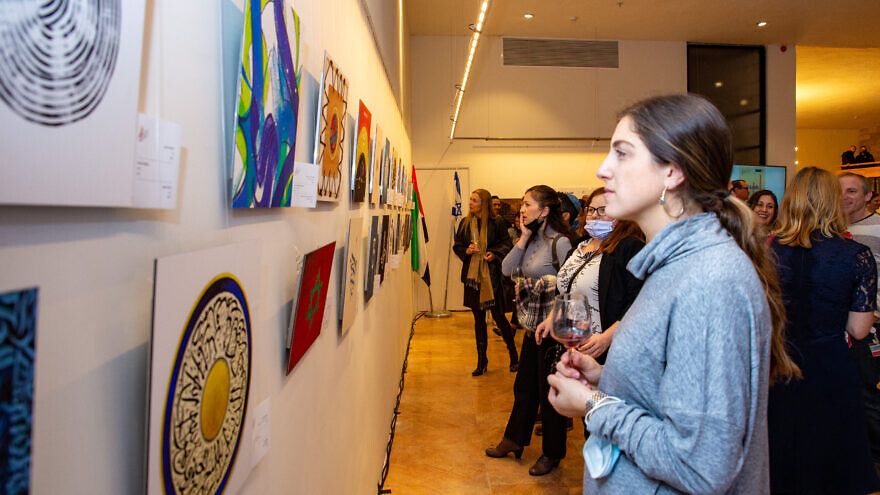 (November 28, 2021 / JNS) Artists from the United Arab Emirates and Israel are displaying their Hebrew and Arabic calligraphic art in a first-of-its-kind exhibition at the Jerusalem Theatre, to run from Nov. 20 to Dec. 30.

The exhibition, titled “Maktoub,” which means both “written” and “destined” in Arabic, features works from 10 calligraphy artists (five from Israel and five from the UAE), according to a press statement.

“Lenore is a Syrian-Jewish artist from Brooklyn who worked most of her life on Arabic calligraphy. And I grew up in a Muslim context in Casablanca, Morocco, and lived in the UAE for the past five years but always worked on Hebrew calligraphy and indigenous North African Jewish art,” she told JNS.

Describing her and Mizrahi’s art as “conceptually mirror images of one another’s,” Mechtaly said their works “express this deep longing for the other side of our culture that has been underrepresented or repressed in our communities and yet completely defined how our cultures evolved, where Islam and Judaism lived in close proximity and nurtured one another.”

Following the Abraham Accords, it was Mizrahi who reached out to Mechtaly with the idea for a collaboration.

“Lenore and I met online many years ago as we both work on Mizrahi art from completely different spaces, but when the accords were announced she reached out to me to say that her favorite calligraphy instructors, whom she met in New York City, were from Dubai, and wanted to see if we could create a residency for artists from Israel and the UAE to collaborate physically for the first time,” said Mechtaly.

“This was the first grassroots cultural initiative between the two countries, but I know that there is a genuine interest to advance meaningful cultural collaboration from governments, cultural institutions and individuals in both,” she said.

The second part of “Maktoub,” according to Mechtaly, is a residency program planned for the UAE in 2022, which will, for the first time, bring Israeli and UAE artists together to work in the same physical space.

“What happens going forward will depend on how committed we all are to deepening the social implications of the peace deals and setting the right foundation for sustainable peace in the region,” she said.

The exhibition was sponsored by the British Embassy in Israel, and American philanthropists Jon and Dina Leader. 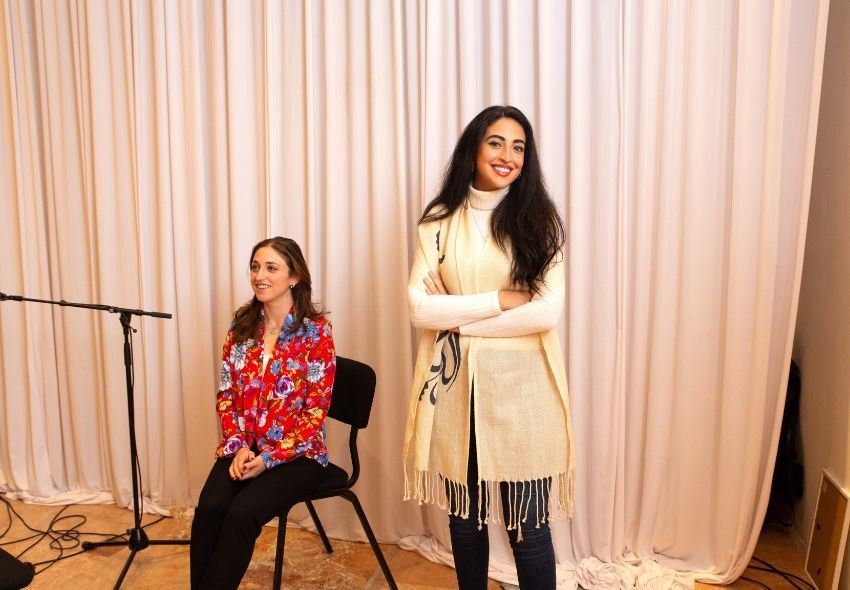 British Ambassador Neil Wigan said in the press statement: “Calligraphy and the written word have vital importance for Jewish and Islamic cultures and religions. ‘Maktoub’ is a natural fit to be the first exhibition presenting collaborations between Israeli and Emirati artists, and that’s why we at the British Embassy are delighted to support it.”

Eitan Charnoff, an Israeli-American who has been exporting medical technology to the UAE for the past four years, helped organize the event.

“’Maktoub’ can serve as a reminder for those of us in the commercial space that the Abraham Accords are much deeper than just economic opportunity but are a rich bridge to reconnect our region,” he said.