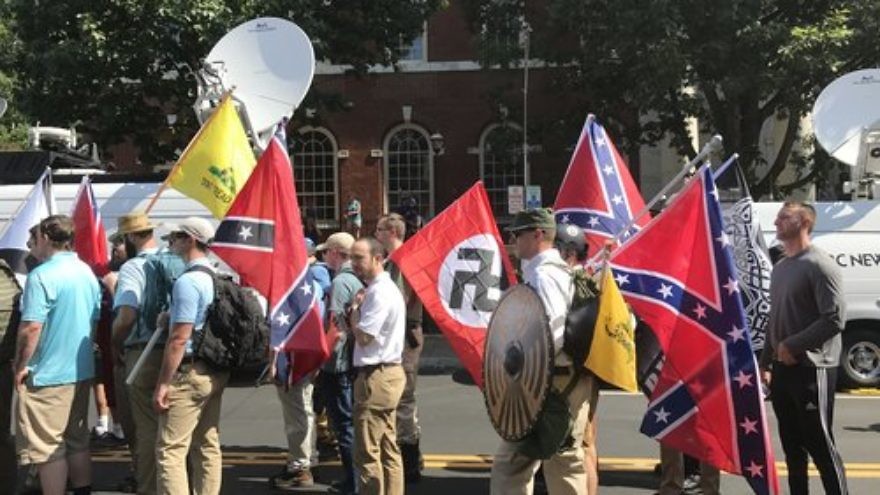 The stinging heat of anti-Semitism is being felt, yet again, around the world. Whether you live in Miami, Rome or Santiago, the goosebumps we all got when we heard the chants of the white supremacists in Charlottesville—“Jews will not replace us”—are the same.

The lump in my throat when I learned that the pedestrians who were mowed down in Barcelona Aug. 17 were standing outside two kosher restaurants is the same feeling felt by Jews in Brussels, Sydney and Toronto. These feelings remind me of Robert De Niro’s character in the 1995 movie, “Heat.” De Niro’s character famously says that you have to be ready to drop everything and go, in 30 seconds, if you feel the heat coming around the corner. With the heat index of anti-Semitism on the rise, we must ask: Is it time for Jews to drop everything and move to the Jewish homeland, Israel?

In 2015, then-Vice President Joe Biden said the only country in the world that can guarantee the safety of the Jewish people is Israel. Biden received a lot of criticism for that comment. American Jews felt slighted and concerned. Yet I believe he was absolutely correct. As Biden said, “No matter how hospitable, no matter how consequential, no matter how engaged, no matter how deeply involved you are in the United States…there’s only one guarantee. There is really only one absolute guarantee, and that’s the state of Israel.”

A clear look at today’s political landscape shows the resurgence of anti-Semitism on both sides of the political spectrum. On one side, there is the “progressive” movement’s aggressive and anti-Semitic support of boycotts of Israel, often revealing that anti-Zionism is a thin veil for classic anti-Semitism. On the other side, we saw that the “Unite the Right” rally inCharlottesville was filled with Nazis and white supremacists. None of this is new.

At the same time, another source of “heat” is the cheapening of Jewish life in mainstream society. This may seem like a bold, inflammatory statement—but it doesn’t make it any less true.  For instance, in January 2017, a group of people were patiently standing on a pedestrian promenade. A truck came barreling down the street, veered intentionally up the sidewalk and ran right over the group, killing four and injuring 15. The driver was then shot as he was reversing the truck to try to extend the carnage. Since this terrorist attack took place in Jerusalem, the BBC covered the story with a headline that read, “Driver of lorry shot in Jerusalem after allegedly ramming pedestrians, injuring at least 15, Israeli media report.” This is not just one news outlet. This is not just one incident. This is the new trend. Is the value of Jewish life beginning to diminish—again?

This brings us back to the initial question: Has the proverbial heat of anti-Semitism reached a level dictating that Jews should pack their bags and move to Israel, where all Jews are welcome and where there is a strong military focused entirely on defending the Jewish people?

As a patriotic American citizen and as the mayor of an amazing municipality, I believe that the answer for Jews in the U.S. is “no.” America is still a very safe country, where the government—at every level—protects the rights of ethnic and religious minorities, including Jews. I know that in my municipality of Bal Harbour, and throughout the U.S., the Jewish community feels safe and is thriving. In fact, the Jewish people have never lived a safer and freer existence—outside of Israel—than we have in the U.S. during the last century.

Despite this reality, and given the lessons of history, it is imperative for Jews to always ask the question: Am I still safe here? Jews around the world cannot be blind to the reality surrounding us. We cannot ignore the rising heat levels of the past several years. We must keep our eyes wide open, even if we live in what seems to be a paradise. The rise of anti-Semitism must be fought without hesitation and without equivocation—whether it comes from the left or the right. Anti-Semitism should not only be challenged when it is politically convenient. We must never again allow anti-Semitism or any form of racism to become tolerable in our society.