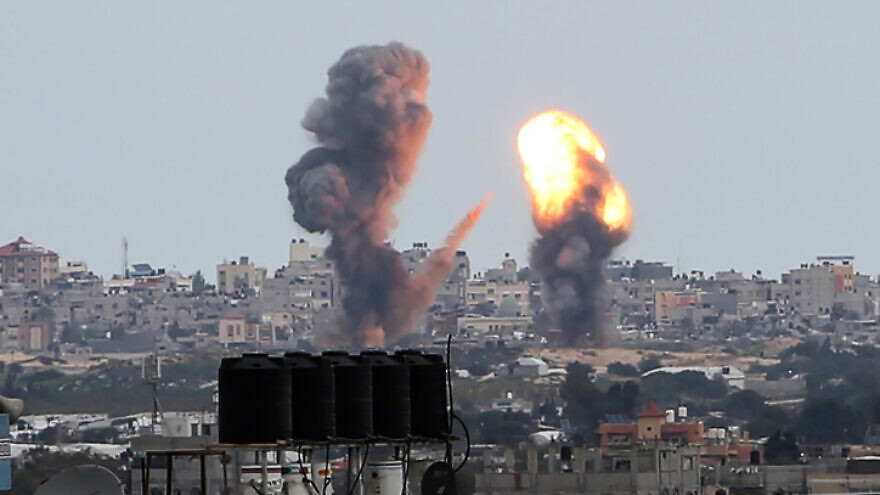 “A short while ago, IDF fighter jets, combat helicopters and tanks attacked a number of terror sites belonging to the Hamas terrorist organization in the Gaza Strip,” the military said in a statement.

“During the attack, a compound belonging to Hamas’s naval forces, underground infrastructure and observation posts belonging to the Hamas terrorist organization were attacked,” the statement said. “The attack was carried out in response to the launching of explosive and incendiary balloons from the Gaza Strip into Israeli territory over the past week,” according to the military.

Israeli officials reiterated the country’s stance that Hamas bears responsibility for everything that happens in and comes from Gaza.

“The decision was made in light of the repeated acts of terror from the Gaza Strip against Israeli civilians in recent days, which represent a violation of Israeli sovereignty,” the IDF said in a statement.

Hamas spokesman Fawzi Barhoum called the measure to restrict fuel supplies a “grave act of aggression” that “aims to worsen the crisis of our people in the blockaded [Gaza] Strip.” 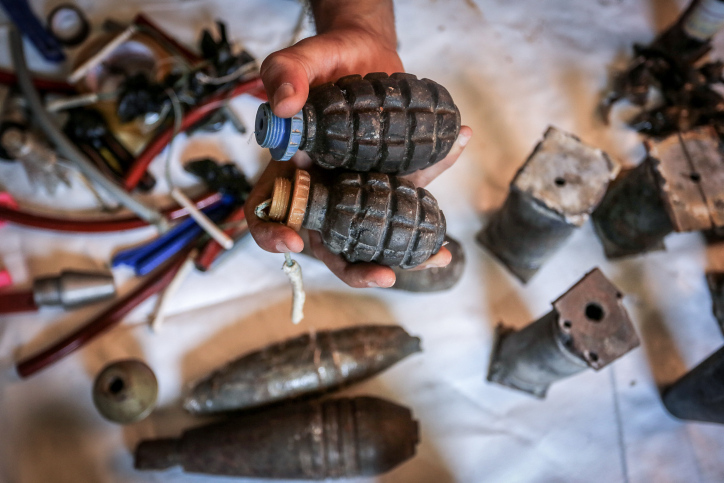 Palestinians prepare explosives and flammable materials to be attached to balloons and launched into Israel, in Rafah, southern Gaza Strip, on Aug. 8, 2020. Photo by Abed Rahim Khatib/Flash90.

On Tuesday, IDF jets, helicopters and tanks struck Hamas targets in Gaza to the wave of incendiary balloons launched into Israel from Gaza in recent days. Some 60 fires were started in the western Negev area by these attacks on Tuesday alone.

According to the Israel Nature and Parks Authority, around 1,000 dunams (250 acres) have been destroyed by the recent attacks.