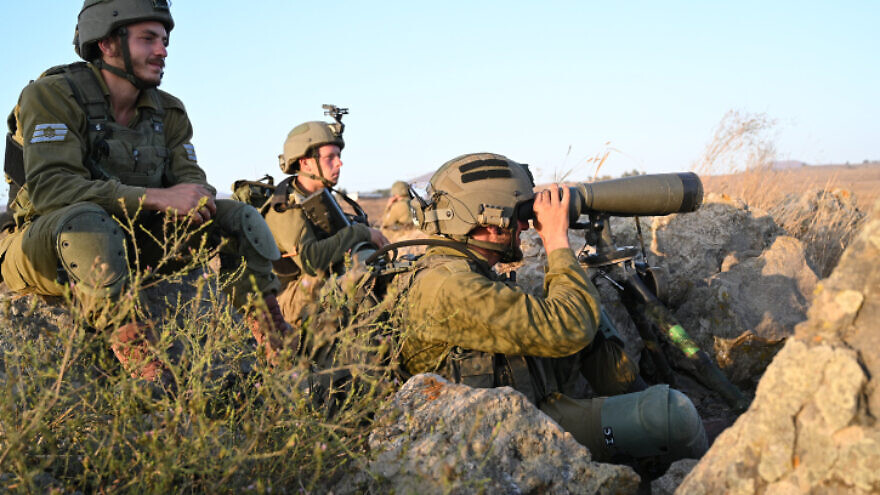 (October 20, 2022 / JNS) The Israel Defense Forces announced on Thursday the launch of a planned week-long military exercise in northern Israel.

During the drill, local civilians will see increased military traffic and may hear explosions, according to the IDF Spokesperson.

It stressed that the drill was planned, and was part of the military’s 2022 training program.

In September, the IDF held its first-ever International Operational Innovation Conference at the Tze’elim Ground Forces Training Base in the northwestern Negev, where it hosted chiefs of staff and commanders from dozens of militaries around the world.

They witnessed the elite Multidimensional Unit—a kind of innovation unit that tests out operational concepts before they are handed down to the rest of the IDF—take part in the live fire drill together with Armored Corps tanks, Golani Brigade infantry, IAF fighter jets and helicopters, drones that drop grenades on precise locations, Ground Forces robots and others.