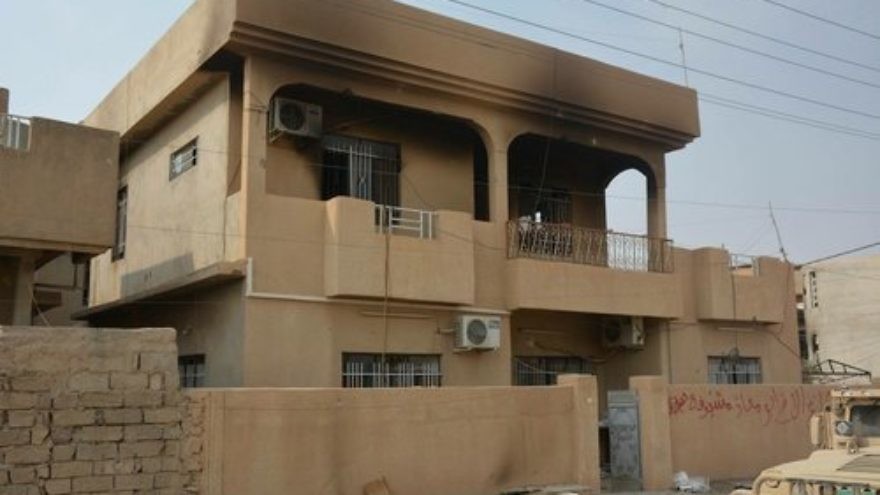 Before Islamic State swept across the Nineveh Plains in the summer of 2014, driving more than 100,000 Christians into exile in Kurdistan, some 5,000 Syriac-Catholic families made their homes on ancient ancestral land in the town of Qaraqosh.

More than half of those families have school-age children, and international agencies have repaired a significant amount of the damage done to schools during the Islamic State occupation. Schools are ready to welcome students to the new academic year. But the great challenge is that many of the families’ homes still await repair or rebuilding. To date, only 600 out of the 5,000 families ousted from Qaraqosh have been able to move back into their homes there.

Syriac-Catholic Father Georges Jahola, who represents his church on the Nineveh Reconstruction Committee and oversees reconstruction work in Qaraqosh, put it bluntly: “If their homes are not ready for families to move back in by September and the start of the school year, many of the Christians might well decide to go elsewhere—this time leaving Iraq for good.”

The enormous challenge at hand prompted the Catholic charity group Aid to the Church in Need (ACN) to establish a committee comprised of six members, each representing the three main churches whose faithful have roots in the Nineveh Plains: the Syriac-Catholic Church, the Syriac-Orthodox Church and the Chaldean Church, who are joining forces in a historic first. Funds raised by the committee will be distributed according to the needs of each of the particular communities.

ACN has funded the repair of close to 160 homes to date. Overall numbers remain dangerously low. For example, in the town of Bartella, just 24 Syriac-Orthodox families have returned to their former homes, while more than 600 families have not been able or willing to move back to that community. Bartella was home to 3,400 families before the community was captured by Islamic State, which proceeded to completely destroy 90 of the homes, while another 360 houses suffered severe fire damage and 1,300 residences need various significant repairs.

Not that there isn’t optimism and passion on the part of many Christians. Nohe Ishaq Sliman, who just returned to his home in Bartella, said, “This is our city, our life, our history. In Kurdistan, we were confronted with very tough economic conditions; food and rent there are very expensive and I can no longer afford that cost while I have a home that I own here. I urge all families from Bartella to come home again.” He continued, “I have drunk the water from the Tigris and worked here as a farmer. I built this house myself. How can I abandon it?”

Yet close to 13,000 homes across the Nineveh Plains still need to be repaired or rebuilt, not to mention the major work needed throughout the region to restore the water and electricity supply. The Nineveh Reconstruction Committee has carefully assessed damages across the board and estimates that the repair and rebuilding of private homes alone requires some $250 million in funding.

In addition, there are close to 350 churches and church properties—schools, convents, cemeteries—that require varying degrees of repair, rebuilding and refurbishing. In addition, there are 140 public properties—primarily schools and several hospitals—that require significant investment to become fully functional again. Meanwhile, some 90,000 Christians are still living in makeshift conditions, such as IDPs (internally displaced persons) in Kurdistan, a state of limbo that has lasted three years. ACN alone has spent more than $35 million in humanitarian aid for the IDPs there since the summer of 2014, and that flow of aid must somehow continue until the resettlement of the Nineveh Plains is complete.

Beyond the work of reconstruction in the Nineveh Plains, there are significant security concerns. Islamic State may be largely ousted from Iraq, but Sunni-Shi’a tension remains and may burst into renewed violence, putting Christians and other minorities in harm’s way once again. There is also the risk that Baghdad and Kurdistan may clash in the Nineveh Plains if the Kurdish regional government declares its dependence and secedes from Iraq.

With the end of summer in sight, schools in the Nineveh Plains beckon families and their children. Iraqi Christians are hoping for a new life marked by peace and stability, but Western powers must make a major contribution to make their aspiration a reality.

“Christians and other religious minorities count on the Western governments—and the U.S. in particular,” ACN-U.S.A Chairman George Marlin wrote Aug. 2 in National Review, “not only to help fund the reconstruction of the Nineveh Plains, but also to use their powers and influence to get both Baghdad and Kurdistan to guarantee the security of all minorities and to ensure their equality of citizenship, including their property rights and freedom of worship.”

Failing that, a dark history will repeat itself. “The West must act now,” wrote Marlin. “For if a significant number of Christians does not return to the Nineveh Plains very soon, and the power vacuum persists into 2018, the hopes for an enduring renaissance of Christianity in Iraq may be dashed forever.”

Joop Koopman is communications director for Aid to the Church in Need-U.S.A., an international papal charity supporting persecuted and suffering Christians around the world.