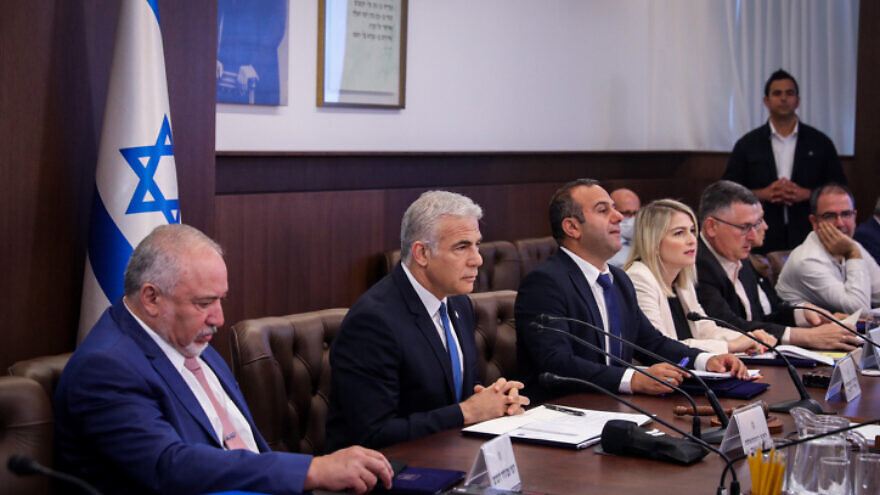 (July 25, 2022 / Israel Hayom) Israeli Prime Minister Yair Lapid has instructed the country’s Foreign Ministry to prepare a series of political measures against Russia to be implemented in the event it closes the Russian branch of the Jewish Agency for Israel, a nonprofit organization that promotes immigration to Israel.

Although Moscow gave no reason for shuttering the agency’s offices, officials have said it is possibly due to Israel’s stance on Russia’s invasion of Ukraine.

Lawmakers met on Sunday to discuss the matter, during which some even suggested that Jerusalem should change its policy on the war altogether. Nevertheless, others stressed the approach should not only be “sticks,” but also “carrots.”

An Israeli delegation that was supposed to travel to Moscow to try to intercede with Russian authorities did not depart as planned as Russia had not yet confirmed their visas, according to an Israeli diplomatic source.

Lapid, who also serves as foreign minister, is expected to examine the series of possible measures and make a decision in the coming days.

Israel is expected to adopt a cautious approach, as Russia has the ability to limit the Israeli military’s freedom of action in Syria, and some even fear it could provide advanced missiles to Iran. Several years ago, Moscow and Tehran held advanced talks on the matter, from which Russia only withdrew due to pressure from Israel.

According to former Ambassador to Russia and Ukraine Zvi Magen, Jerusalem has several options for exerting pressure on Moscow.

“Israel can change its de facto neutral position regarding the war in Ukraine. Of course, this may have adverse consequences from the Russian side, but it is an option nevertheless,” he said. “In addition, Israel can join the Western sanctions on Russia, which it is not part of at the moment. The sanctions imposed on Moscow are not the result of a decision by the Security Council, but independent initiatives of the United States, the European Union and other countries, and as such are not binding for Israel.”

According to Magen, Israel should not be limited due to fears over its military freedom of action in Syria, as Russia is not looking to change the status quo on the matter.

“The complicated political and military [situation] that the Russians are in enables Israel to exert pressure on Moscow more freely,” he said, estimating that Moscow is unlikely to deliver on its promise to shut down the Jewish Agency offices in the country.