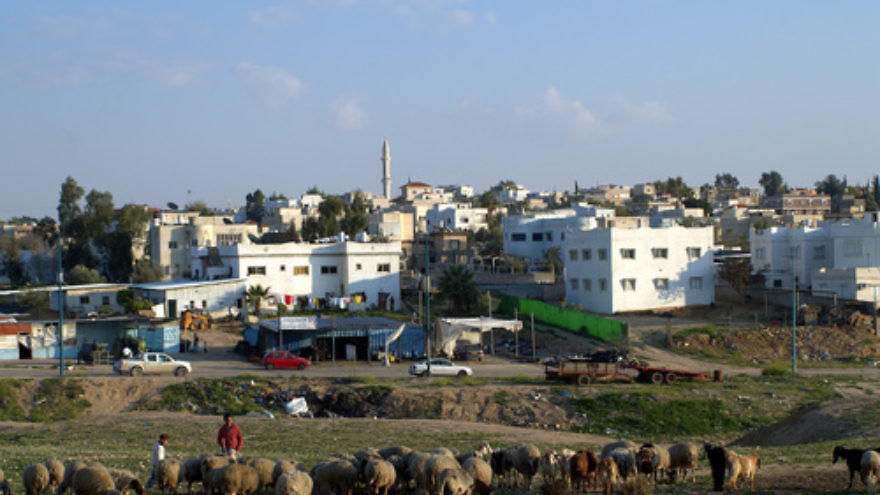 Doesn’t it sometimes seem that no matter what Israel does, the world will criticize it? The Israeli government recently put forward a plan to vastly improve the lives of the Bedouin Arabs who live in the Negev desert—yet once again, the Jewish State found itself battered by angry critics.

For many years, the 160,000 Bedouin Arabs in the Negev have been haphazardly setting up illegal encampments on public land. With their high rate of unemployment and low levels of education, the Bedouins have created a chaotic situation in a region that is crucial to Israel’s future.

The Israeli government did what any progressive-minded government would do. It set up a committee, headed by a retired Supreme Court justice, to study the problem. The committee’s recommendations were then incorporated into a development plan by a senior aide to the prime minister, Ehud Prawer, and a former cabinet minister, Benny Begin. The Prawer-Begin plan was based on two principles: helping the Bedouins and developing the Negev.

Every government has the right, indeed the duty, to properly regulate the use of its land and other natural resources. This right extends across the board and is not limited to certain neighborhoods, cities, and communities.

As someone who has worked in a real estate-related field for more than 30 years, I know that here in the United States, anyone who attempts to construct an office building, establish a housing development, add an addition to their home, install a swimming pool, or divide a parcel of land, comes up against the zoning and planning laws of their municipality and state.

In fact, the government’s right to insist on the planning of communities rather than permit helter-skelter development has been repeatedly upheld by the U.S. Supreme Court.

If the government has such a right in the United States, why would anyone say it shouldn’t have such a right in Israel? After all, Israel’s basic sovereign interests are the same as those of any other government. Israel owes its citizens, whether they live in the Galilee, Jerusalem, or the vast expanse of the Negev, the implementation of zoning and planning laws and methods that advance the regulated growth of its towns and cities and underdeveloped lands.

The Prawer-Begin plan treats the Negev Bedouin with the utmost respect—in fact, with kid gloves. Instead of prosecuting them for illegal squatting, it provides them with massive assistance in order to relocate them from substandard living conditions to new communities, where they will be able to legally purchase land and reside in modern homes. In short, it would bring them into the 21st century.

Meanwhile, the Jewish National Fund has already embarked on a massive campaign, in its words, “to improve quality of life for all residents of the region and encourage a population shift away from crowded, expensive central Israel” while “developing housing, employment, environmental sustainability, agricultural research and development, water treatment, restoration and cachement, tourism and recreation, education and security.”

Yet the Israeli government’s eminently sensible plan, and the JNF’s generosity, was met with derision and protest. Israeli extremists and militant Arabs, in the Knesset and in the streets, screamed that moving the Bedouins—even if it was moving them up—was somehow a violation of their rights. Israel’s rights, of course, are of no interest to the grumblers. But the sheer volume of the protests caused the Israeli government to shelve the plan.

The Negev accounts for more than half of Israel’s land mass. Yet it is home to just eight percent of Israel’s population. For the sake of Israel’s future, it must be developed and populated. “It is in the Negev that the people of Israel will be tested,” David Ben-Gurion famously said. “For only with a united effort of a volunteering people and a planning and implementing State will we accomplish the great mission of populating the wilderness and bringing it to flourish. This effort will determine the fate of the State of Israel and the standing of our people in the history of mankind.”

The time has come to fulfill Ben-Gurion’s vision.

This column was originally published by the New Jersey Jewish News here.