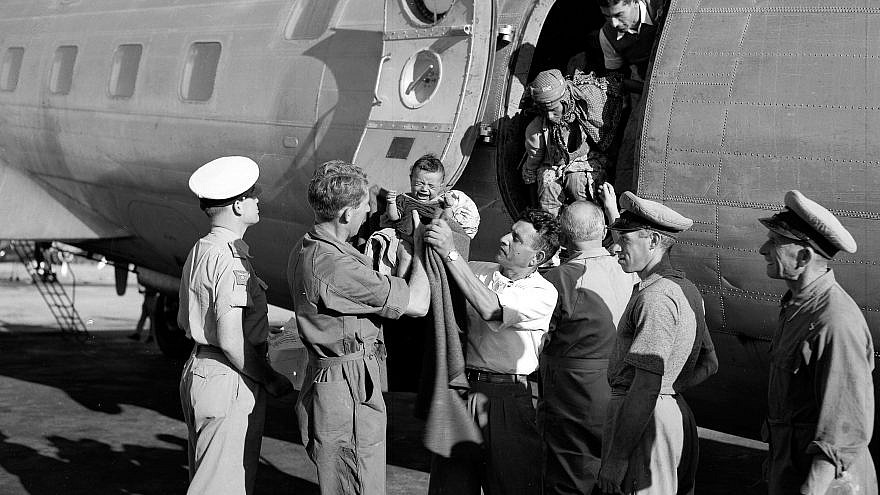 (February 23, 2021 / JNS) The Israeli Cabinet on Monday approved a proposal to recognize the “Yemenite, Mizrahi and Balkan children affair” and provide financial compensation to the affected families, the Prime Minister’s Office said in a statement.

The “children affair” refers to the disappearance of an estimated 1,500-5,000 babies and toddlers of new immigrants who arrived in Israel between 1948 and 1954. The majority of these hailed from Yemen, though a considerable number were from the Balkans, Iraq, Morocco, Tunisia and Libya. Jews from these latter countries are known as mizrahim, or “eastern.”

The parents of the missing children have claimed over the decades that they were told by authorities that the infants had died, either at birth or subsequently, yet were given no documentation and were informed of no places of burial. This aroused suspicion that the children had been taken and put with families of European origin—Ashkenazim—particularly Holocaust survivors.

“This is among the most painful affairs in the history of the State of Israel,” said Israeli Prime Minister Benjamin Netanyahu. “The time has come for the families whose infants were taken from them to receive recognition by the state and government of Israel, and financial compensation as well.”

Such compensation “will not atone for the terrible suffering that the families went through and are going through,” said Netanyahu, adding that he has asked the education minister to include the “Yemenite children affair” in the school system’s textbooks.

The compensation approved by the Cabinet, according to Netanyahu’s office, totals 162 million shekels ($50 million), to be allocated as follows: 150,000 shekels ($45,977 ) to the families of children whose death, or cause of death, was not revealed in real time or whose burial place was not disclosed. In the case of children whose fate remains unknown, the families will receive up to 200,000 shekels ($61,300).

Those families determined to be eligible for the compensation by one of the three commissions that dealt with the affair will be able to file their claims between June and November of this year, according to the Prime Minister’s Office.