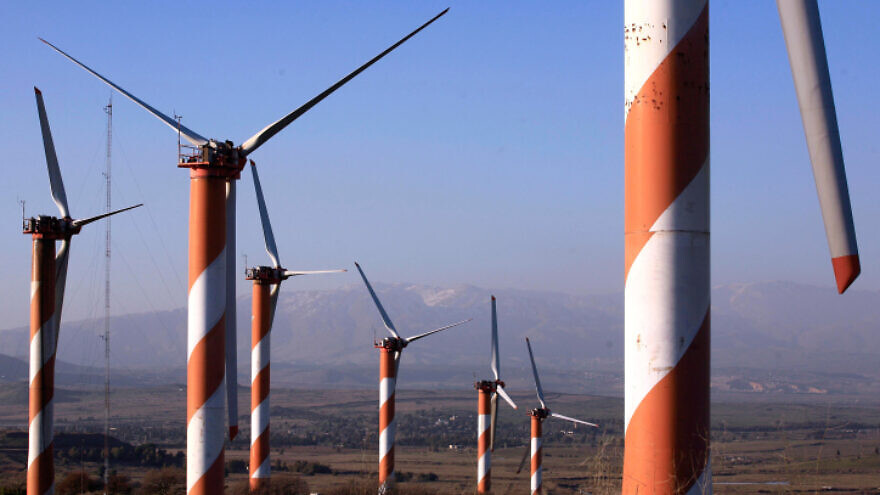 (January 5, 2022 / Israel21c) The acceleration of ecological erosion has made it feel like the planet is on a runaway train. While there has been a lot of goodwill and flowery language dedicated to mitigating and even reversing this damage, governments are traditionally slow to act.

Which is why entrepreneurs must take the lead in helping us get back on track.

Israeli Prime Minister Naftali Bennett announced at the recent COP26 Climate Change Conference in Glasgow that Israel has made the strategic choice to use the technological prowess of the “Startup Nation” to help the world reach net-zero emissions before 2050.

Climate tech, as defined in the PwC State of Climate Tech 2020 report, encompasses approaches to cut carbon emissions across energy, built environment, mobility, heavy industry, and food and land use, as well as carbon management, capture and storage.

Climate tech is not just a sector. It is a paradigm. And it will continue to grow in Israel as more entrepreneurs and investors understand the opportunity to help solve humanity’s greatest existential threat.

A recent report from the Israeli Innovation Authority and the nonprofit Israel Innovation Institute’s PLANETech predicts that “business and government leaders who prioritize these actions will be leading the fight against the biggest challenge facing humanity and will, at the same time, gain financial and economic benefits.”

The same skills and personalities who have been successful in fields like cyber, fintech, and SaaS are relevant for tackling these challenges as well.

What made the “Startup Nation” successful in the past—punching above our weight, the importance of developing partnerships and a classic dose of chutzpah—can help save the planet.

PLANETech is working with the Israeli government, startups, VCs and corporates to advance Israeli innovation in climate tech and create opportunities along with its partners, the Israeli Innovation Authority and the Consensus Business Group.

“Israeli climate-positive tech already exists. With over 600 startups in the field we are a global leader, but we weren’t aware of it until we published the report with the IIA,” said PLANETech Director Uriel Klar.

The organization responsible for raising awareness around energy tech is Ignite the Spark, cofounded by Cody Norton and Eshel Lipman. They are helping cultivate the energy pioneers of tomorrow by bringing in entrepreneurs from outside the space and teaching them about energy.

Lipman, part of the Israeli delegation to COP26, believes Israel is a great candidate to lead the development of innovative technologies required to complete the energy transition and reach net zero by 2050.

“This is because of the relative abundance of sun—up to 1,900 hours per year—the willingness of different stakeholders like kibbutzim and campuses to implement pilots, but more than that, the awareness that everyone in the country can gain access to the sector and the opportunities encapsulated with it,” he said. “One can see the number of successful IPOs and new climate-tech funds that are emerging now in Israel.”

Lipman added that “there is some work that needs to be done to improve private-public-utilities relationships, and that will endorse innovative processes to grow domestically, especially in the scale up phase. This is exactly what Ignite the Spark is trying to do.”

The security implications of extreme weather changes may be more pronounced in conflict zones like the Middle East, where countries and populations vie for natural resources.

According to Morielle Lotan, CEO of MILE business strategy firm and cofounder of the Climate 180 summit, “the change in climate is driving many security challenges: drought, starvation, climate inequality. There is already climate migration occurring, and unfortunately those that are forced to pick up and move are oftentimes already poor people that have worked the land for their livelihood. Wars over natural resources are already brewing.”

Israel startups and investors coming to the rescue

Startups need venture money to grow, and as the climate-tech space grows so will new sources of capital.

One new Israeli fund is Firstime Ventures, a climate-tech VC investing in post-seed and Series A companies. They are betting on an increase in governmental and private investment to support this new ecosystem.

“Israel is already a global leader in food tech and water, and has unbelievable talent in software. We are seeing more and more entrepreneurs who are taking their first steps in climate tech. Israel has a lot of unrealized potential in this space,” says Firsttime partner and Gen Z venture capitalist Itamar Weizman.

Firstime, the only fund represented in the Israeli delegation to Glasgow, seeks opportunities in areas such as carbon capture and removal, carbon transparency, carbon reporting and B2B software (a strength of Israeli tech).

The World Health Organization reports that “every year exposure to air pollution is estimated to cause 7 million premature deaths and result in the loss of millions more healthy years of life.”

The problem is made worse by the many wildfires across the world, which have increased 10-fold per year. Pollen is also causing greater suffering as the seasons become longer. About one-third of the world’s population suffers from allergies related to pollen. Even the impact of COVID-19 is greater where there is more air pollution.

BreezoMeter offers a solution that is used globally by over 400 million customers to assess all those issues locally and make smart decisions.

The wildfire tracker can also detect lava, as there are more volcanic eruptions because of ecological changes.

SeeTree, a startup that at its core provides an accurate account of tree health to optimize farming operations, could become a major player in the emerging carbon sequestration ecosystem.

While there is a lot of fanfare around startups claiming to capture carbon, the tech is not quite there yet. What does work, though it is low-tech, is planting trees.

The non-profit One Tree Planted explains that trees absorb carbon dioxide to build their trunks, branches, roots and leaves. One mature tree can absorb up to 22 pounds of CO2 per year.

With over 100 million trees under its management in the United States, Brazil, Mexico, South Africa, Greece and Israel, SeeTree helps organizations track the number of carbon credits they can attain by planting trees to capture atmospheric carbon.

This is valuable intelligence for companies wanting to avoid penalties for failing to offset emissions.

Jonathan “Yoni” Frenkel is a content strategist and founder of YKC Media, a digital marketing agency that works with the global tech/venture/startup community.