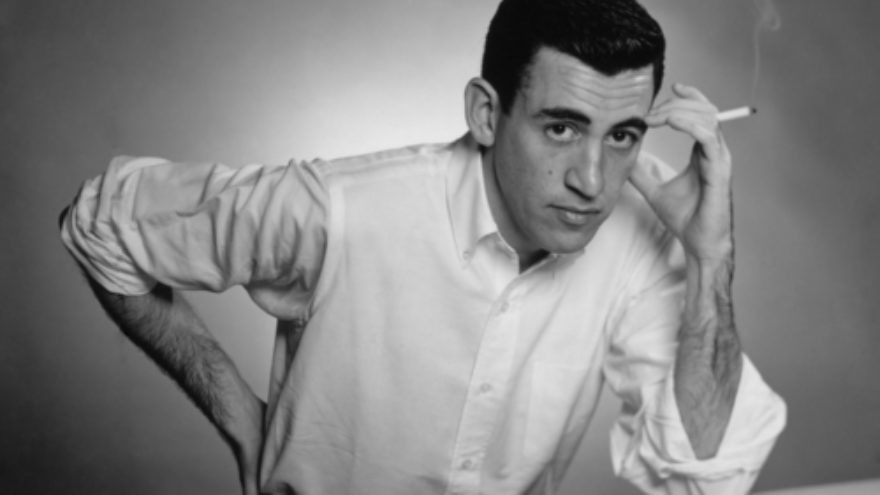 (March 19, 2014 / JNS) Jewish author J.D. Salinger remains mysterious even in death. Yet some new light may soon be shed on the author of “The Catcher in the Rye” and his experiences as a soldier during World War II.

Following last year’s release of director Shane Salerno’s documentary film “Salinger,” the reclusive author is set for a posthumous second act in the literary world. Between 2015 and 2020, some of Salinger’s unpublished works will be published in irregular installments.

For help with his book that came out during the same month as the film did in September 2013, Salerno contacted Robert Abzug, director of the Schusterman Center for Jewish Studies and Audre and Bernard Rapoport Regents Chair of Jewish Studies at the University of Texas, Austin. Abzug said Salerno was moved by “Inside the Vicious Heart,” his book that recounts and interprets the liberation of Nazi concentration camps through the eyes of American soldiers like Salinger (though Salinger doesn’t appear in the book). Azbug would become an adviser to Salerno’s book.

“What I know about Salinger’s Jewish background is what everyone who has written about it knows,” Abzug told JNS.org. “His father was Jewish, [his] mother was Catholic but changed her name to Miriam, and Salinger was bar mitzvahed. He also grew up in a highly Jewish milieu in New York. The best account I have seen is in Kenneth Slawenski’s biography.”

“His mother was born Roman Catholic, but after speaking to friends of hers, she never considered herself, after marrying Salinger’s father, anything but Jewish,” Slawenski, who is also the creator of the Salinger-focused website DeadCaulfields.com, told JNS.org. “Sol was head of the New York division of J.S. Hoffman & Company, an importer of European cheeses and meats. The company was run out of Chicago and they were cooking the books, especially after the war broke out in Europe. A large amount of the cheeses and meats they imported were from Poland, Austria, Germany and Switzerland. They were fudging the books and the cheeses themselves. They were accused of putting holes in American cheeses and passing them off as Swiss cheeses.”

What effect did this have on Jerome (Jerry) David Salinger?

“The biggest wedge between him and his father was a philosophical one,” Slawenski said. “Salinger’s father was totally devoted to business. He became the opposite of Salinger’s values. Jerry was very unmaterialistic and he learned that from watching his father. He became the opposite of his father. When they were accused of fudging the books, it was an ‘aha’ moment, as if all of this reaffirmed of his father that he was too materialistic.”

Abzug said there is no question that Salinger encountered the concentration camps as a Jew, not simply as an American soldier.

“I think the Jewish aspect of Salinger is as interesting after the war in his move toward Zen Buddhism,” Abzug said. “It was a path that numerous Jews took and has now been formalized among ‘JuBus,’ and books written about the natural compatibilities between the two religions. Of course, that is a controversy among Jews, but it isn’t entirely coincidental that Salinger, [Allen] Ginsberg, and numerous other Jewish writers made this move for a variety of reasons.”

According to Slawenski, what happened to Salinger in April 1945 during the Holocaust left an indelible imprint on his psyche.

“On April 23, Salinger and his regiment were in Aalen and Ellwangen, villages recognized by the United States Holocaust Memorial Museum as having contained a sub-camp of Dachau,” Slawenski wrote in his Salinger biography. “In 1992, the 4th Infantry Division was recognized by the U.S. Army as a liberating unit of Nazi concentration camps, and it is evident that Salinger was called upon to take part in the liberation of victims of the Dachau concentration camp system.”

Like so many who encountered such scenes during the war, Salinger never spoke directly of his experiences, and it is not known for sure exactly what his intelligence duties demanded of him in these places. The sub-camps of Dachau liberated by Salinger’s division were Horgau-Pfersee, Aalen, Ellwagen, Haunstetten, Turkenfald, and Wolfrathausen.”

Slawenski called Salinger one of the most popular and mysterious figures in American literary history, someone who eluded fans and journalists for most of his life. His biography includes accounts of Salinger’s first broken heart—after Eugene O’Neill’s daughter, Oona, left him—and the devastating World War II service that haunted him forever. Slawenski also covers the author’s early writing successes, his dramatic encounters with luminaries from Ernest Hemingway to Elia Kazan, his office intrigues with famous New Yorker editors, and the stunning triumph of “The Catcher in the Rye,” which would both make him world-famous and hasten his retreat into the hills of New Hampshire.

“There’s always a paradox whenever we talk about Salinger,” Slawenski said. “Before he went off to war, he was enormously ambitious. In his early twenties he believed he would write the great American novel.”

In Shane Salerno’s 2013 book “Salinger,” which is based on Salerno’s documentary, co-author David Shields writes that J.D. was conflicted about being half-Jewish, not because of his beliefs, but because he was in a difficult social position.

“Many people in the 1940s held an open bias against Jews,” Shields writes. “The Ivy League, for instance, restricted the number of Jews they would accept. Being embraced by high society required not just money, education, and connections but also gentile status. As Salinger grew older, he frequently wanted what he claimed to despise: money, interest from Hollywood, the stamp of approval from the Ivy League. The wires got crossed from the very beginning.”

Salinger’s experiences in World War II, Shields says in Salerno’s documentary, represent the ghost in the machine of all the famed author’s stories. Slawenski told JNS.org, “By examining the life of Salinger, with all its sadness and imperfections, together with the messages delivered through his writings, we are charged with the re-evaluation of our own lives, an assessment of our own connections, and the weighing of our own integrity.”