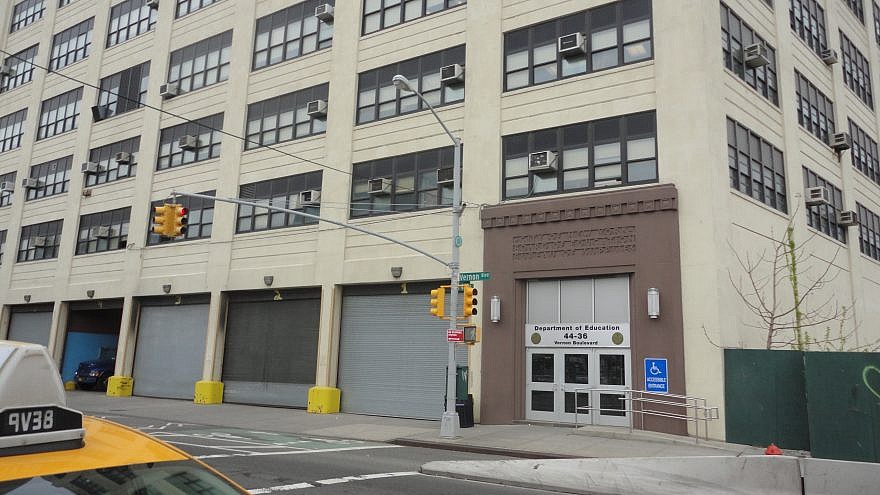 (June 2, 2022 / JNS) New York City’s Department of Education is being slammed for scheduling a series of public events on Friday night when Shabbat-observant Jews were unable to attend.

“I am appalled that some parents are expected to violate their religious beliefs to be part of the town halls or be excluded from the process,” Effi Zakry wrote to New York City schools Chancellor David Banks, as reported by the New York Post.

Zakry is a member of the Citywide Council on High Schools (CCHS), which advocates for parents of public high school students and represents families in the borough of Queens.

On the evening of May 27, the DOE held four town hall meetings with school superintendent candidates in Brooklyn and Queens, in addition to Zoom interviews for two parents competing for a seat on a mayoral advisory board on education issues, according to the newspaper.

In his letter, Zakry accused the DOE of “religious discrimination” and claimed that the department has disregarded requests by observant Jews to prevent scheduling events on Shabbat.

He added that CCHS president Karen Wang has pointed this out several times and requested that the schedule be changed in order to respect the religious beliefs of Sabbath observers in New York City. “But no one at the DOE bothered to show such respect to the Jewish community. Both Brooklyn and Queens happen to have the largest observant Jewish populations in New York City,” said Zakry.

He also wrote to Banks that other than Jews, “some Christians and other groups observe the holy Sabbath.”

Moreover, scheduling the meetings on the Friday night of Memorial Day weekend “is also disrespectful to families who lost loved ones and want to celebrate Memorial Day.”

The DOE did not respond to a request for comment from JNS, though spokesman Nathaniel Styer told the New York Post that parent leaders “led the design of each town hall, including confirming the date that best works for their community.”