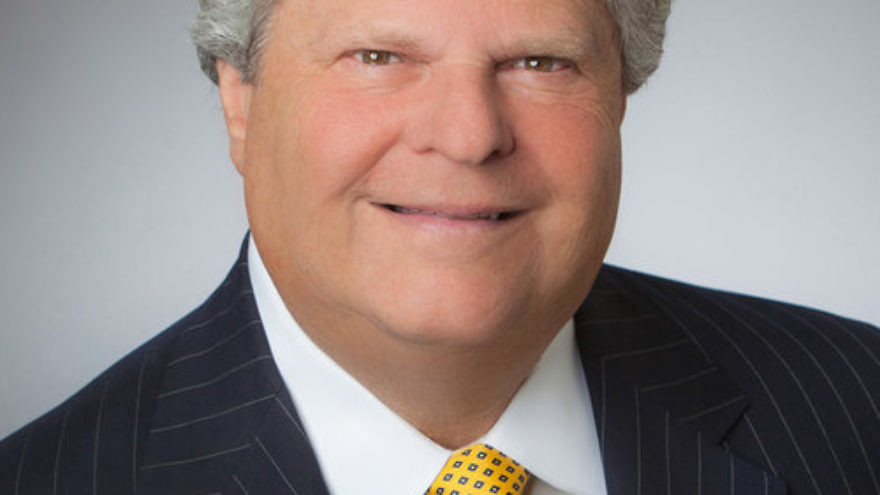 The appointment of the new top lay leader at the Jewish National Fund (JNF), the nonprofit known for its initiatives to develop the land of Israel and enhance quality of life for Israelis, marks a historic event for the organized Jewish community.

Lizerbram, 69, is a former health adviser to California Governor Jerry Brown and the co-founder HealthFusion, a web-based cloud computing software developer for medical practitioners and healthcare providers. His involvement began with JNF after graduating medical school and moving from Philadelphia to California in 1978, and went on to assume increasingly prominent lay leadership positions.

“Of course, we do have professionals, but Jewish National Fund is truly a lay leader organization,” Lizerbram tells JNS.org. “And that’s why close to 85 percent of the money that we raise goes to projects. Our focus is on building projects in Israel that are really significant.”

Since 1901, those projects have included “planting more than 250 million trees, building over 240 reservoirs and dams, developing over 250,000 acres of land, creating more than 2,000 parks, providing the infrastructure for over 1,000 communities, and connecting thousands of children and young adults to Israel and their heritage,” according to the organization’s website.

Lizerbram gave the following interview while he was preparing to assume his new role Oct. 1.

JNS: What is significant about JNF choosing a national president from the West Coast?

Dr. Sol Lizerbram: “Some national Jewish organizations have in their bylaws that as a board president, you have to live something like within 30 miles of New York City. So, this is definitely different and I think it shows how progressive JNF is. I think it’ll help in some respects to build some new opportunities for leadership on the West Coast. I think other organizations might follow [this] lead in the future.”

What differentiates your organization from other major Jewish groups?

“We’ve changed the landscape of Israel significantly. Sixty-percent of the landmass of Israel is located in the Negev Desert, but only 8 percent of the population is there, and that’s changing now. We’re building houses, community centers and medical facilities, so that companies can build down there and people will move there, because it’s more affordable to live there.

“Another example of a unique project is Special in Uniform, a program for physically or mentally challenged young men and women who would not normally be accepted into the IDF, but really want to serve. We help to train these individuals to do something on the various military bases, no matter how minimal of a task it is….It’s heartwarming to see some of these kids and how they react to completing their national service and getting life skills in the process.

“We built an indoor recreation center and playground in Sderot since we realized there were no kids playing outside, because of the rockets coming from Gaza. They only have 15 seconds to respond to a warning siren, so they have to stay close to the shelters. Our facility is bomb-resistant, rocket-resistant, and now thousands of people use it every year.

“We’re positively affecting the lives of every Israeli, every day.”

JNF often highlights its work to shape the future of Israel. Can you elaborate on that?

“[We] are in the midst of a $1 billion fundraising campaign. We started that a few years ago and we’re almost halfway there…we’re ahead of schedule in goal-setting. What that’s going to allow us to do is…to…more quickly realize our long-term vision in Israel. There are opportunities for investment that come up that we never even thought about…For instance, in 2013, we purchased the Alexander Muss High School in Israel. Before then, that was not even on our radar screen, but we saw an opportunity, it made sense, and we purchased it and operate it very successfully now.

“There are scores of projects in the works right now that I can see will continue to grow, which are under the umbrella of building out the peripheries in the north and the south of Israel, and to keep adding facilities in those areas to drive the economy and attract new residents.”

What are some highlights among your personal visits to Israel over the years?

“There’s a personal connection that my wife and I have to the Sderot playground. We had a very close friend in San Diego that was a distinguished law professor, C. Hugh Friedman, who unfortunately passed away. One of his passions was playing music, specifically the clarinet. His other passion as a law professor was teaching, and he also had a really strong feeling for Israel and children. My wife and I were thinking, ‘What can we do for Hugh to memorialize this wonderful person?’ And we said, ‘What a better way than to combine all of his passions—Israel, music, children and teaching—into a music program in the Sderot playground, so that, as we like to say, we can replace the sound of rockets with the sound of music?’ We did that this past May, when we dedicated, with the help of many contributors, the C. Hugh Friedman Music Program, which allows underprivileged children that would never get an opportunity to own or get professional music lessons to get these instruments and get these private lessons.

“The other cause that was special to us was contributing to ALEH Negev, which is a world-class rehabilitation center for severely disabled children and adults. There is no other place like this in southern Israel, and it’s because of this that so many people have decided to stay in the region, and others are coming.”