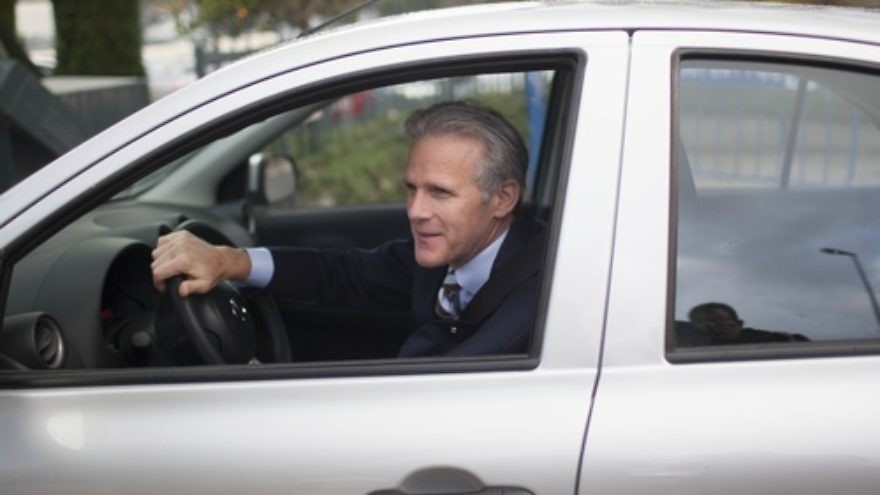 (September 9, 2013 / JNS) During his term as Israeli Ambassador to the U.S., Michael Oren found himself faced with a rapidly changing America, a Middle East on fire, and an Israel that had to deftly navigate between the seismic changes taking place in both locations. But looking at the polls, which continuously show high support for Israel among Americans, Oren is satisfied, saying they show that support for Israel in American public opinion is “the highest it’s ever been.”

“At a time when the Middle East is turbulent, Israel is an island of stability,” Oren says.

Oren says his greatest challenge as ambassador was “dealing with the new situation in which everything is dynamic, where circumstances change significantly and very quickly, both in the U.S. as well as the Middle East.” The outgoing ambassador, whose successor is Ron Dermer, elaborates on those dynamics in the following interview.

Are American citizens apathetic toward the Middle East and Israel?

“Israel always interests the American citizen, but there is a weariness over the Israeli-Palestinian conflict. The economic crisis has led America toward a deepening isolationism. Still, this has not had an effect on our long-standing, deep strategic alliance with the U.S. We’re talking about a special relationship in all of its aspects, beyond the strategic ties.”

How are the changes in the U.S. affecting the political scene?

“The results of the 2012 elections are more significant than the results of the 2008 elections. There is a new political reality in the U.S. different than what we knew some 30 years ago. The changes are happening, but the support for Israel within American society remains strong. This attests to our success in reading the changing winds there and acting accordingly. This has huge significance as it has direct influence on the administration’s support for protecting Israel, including diplomatic support at the United Nations and other international forums.

“Israel enjoys bipartisan support in Congress and this allows us to achieve many things, for instance, in American influence on the Europeans to include Hezbollah on their list of terror organizations, as well as what I consider one of the most significant achievements of my term as ambassador here: The American decision to assist in funding the Iron Dome system to the tune of about $1.5 billion over the past four years. This decision came after many hours of meetings with senior Congressmen and women as well as opinion pieces in the American media.”

What is your take on the criticism against President Barack Obama that he has acted mistakenly and hesitatingly in the Middle East, directly weakening the West’s clout in the region?

“The changes that have rocked the Middle East over the past few years are very fluid, and very flammable. Nobody has a monopoly on an error-free term in office. It’s very hard to chart a policy that buffers against all the changing variables in the Middle East. I think that in general, with regard to Egypt and Syria, our positions were very close to those of the U.S. It is clear to the Americans that, in Egypt, it is important to safeguard the peace agreement [with Israel]. On Syria, the Israeli position is crystal clear: Israel is not interfering in the civil war in Syria and we do not interfere with the decisions that the Americans take regarding action there.

“[During my time as ambassador] there were friendly and open meetings between Obama and [Prime Minister Benjamin] Netanyahu, and sometimes there was even humor in them. There were good discussions between two pragmatic leaders. Both very educated and intelligent, and spent a lot of hours together discussing fateful issues.

“However, there were disagreements and there was criticism of Israel, but this was essentially over tactics. The disagreements are over two central issues: the way to achieve a permanent solution with the Palestinians, and what is to be done to stop Iran from obtaining nuclear weapons. Looking back, the gaps between the two sides have been significantly reduced. On the negotiations with the Palestinians, the Americans have dropped their demand for a settlement freeze over the Green Line, and today there are negotiations whose beginning was made possible without preconditions.”

What other issues of disagreement did you have to deal with during your term?

“Our relationship with J Street, a left-wing Jewish group that defines itself as pro-Israel. I appeared before the group and the question that came up again and again is why are we demanding that the Palestinians recognize us as a Jewish state, because the Left in the U.S. perceives this to be a tactical demand, an attempt to place obstacles in the path of the peace process. I explained to them that this is actually the foundation of any peace deal. The mutual recognition of both sides of the national identity of the other. There is no peace without the recognition of the other. It was supremely important to lay out our position and explain that we are sincere and serious about wanting to reach a peace deal.”

“In his 2009 Cairo speech, President Obama drew a link between the establishment of the state of Israel and the Holocaust, a link that is closer to the Arab narrative. Over the years he has corrected this narrative. During his recent visit to Israel, he spoke about a 3,000-year-old connection between the Jewish nation and the Land of Israel, about the roots of the Jewish state, and about Israel as a Jewish state. This is the official position of the administration today. The fact that the Americans accept our version is extremely significant.”

This story was originally published by Israel Hayom, whose English-language content is distributed exclusively by JNS.org.