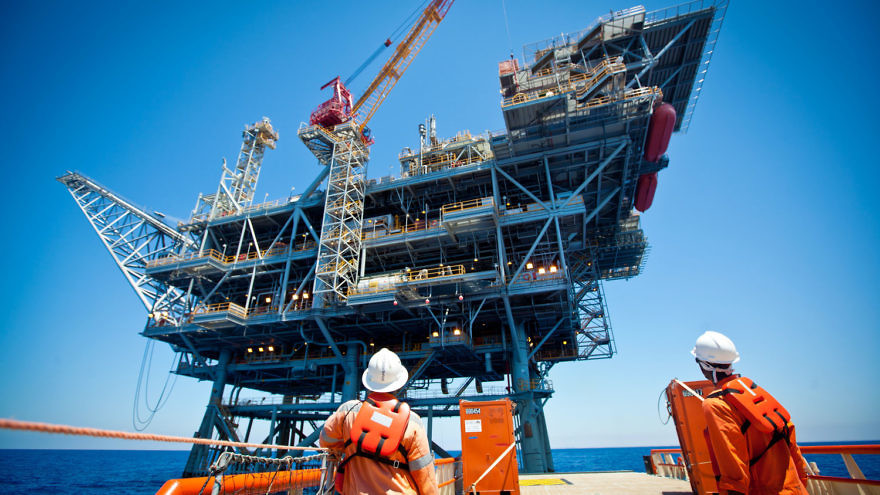 By 2019, Israel’s large Leviathan natural-gas field is expected to transform a once resource-poor developing economy into major energy exporter. Yet for a politically isolated Jewish state—in a region of oil-rich Arab nations that have often sought Israel’s destruction—finding viable consumers of Israeli natural gas is proving both difficult and expensive.

Earlier this month, Israel’s Energy Minister Yuval Steinitz and the energy ministers of Cyprus, Greece and Italy signed a memorandum of understanding toward the construction of an underwater pipeline that would bring Israeli natural gas from the Leviathan gas field to Europe, together with natural gas being exploited off the coast of neighboring Cyprus.

“Israel has a strong interest in becoming an energy exporter,” said Jonathan Baron, who consulted for Noble Energy during the Houston-based company’s explorations of Israel’s two largest gas fields, Tamar and Leviathan. “The major question is whether Israeli gas, given the cost of infrastructure, can be viable.”

Currently, Israel is powering just more than 50 percent of its energy needs with natural gas from the Tamar field, which became operational in 2013. The larger Leviathan field is expected to start delivering gas to Israel in 2019. Two additional fields with significant quantities, Tanin and Karish, have yet to be developed.

The Leviathan field has approximately 613 billion cubic meters of natural gas, well in excess of Israel’s own commercial energy needs for the next several decades. Noble Energy and Israel’s Delek Drilling are the field’s lead development partners. An offshore platform is currently being developed in Texas, as well as a pipeline to connect Leviathan to Israel’s shore.

While the value of Israel’s natural gas—both developed and undeveloped—is estimated to be worth anywhere from $130 billion to $240 billion, the costs of developing each natural gas field are also in the billions. More than $3.75 billion has already been invested in Leviathan. In addition, significant industry knowledge and experience is required to successfully exploit the offshore fields—knowledge that Israeli companies don’t yet possess.

To overcome the immediate fiscal and technical challenges of developing the fields, Israel has no choice but to bring in large commercial energy partners. Such partners demand to see fast returns from the sale of exploited natural gas to justify their substantial initial investments. If Israel preferred to strategically hold onto its gas reserves to power the country for the next several decades, foreign partners would lack the incentive they require to participate in the project.

“History shows that hoarding natural gas actually results in less gas for the country that does the hoarding,” Baron told JNS. “Once companies realize that they are unable to monetize the gas, they stop exploring. So the country ends up with less natural gas.”

“Israel has already saturated its domestic market,” he said. “You need to have a market and an attractive price to attract an investor.”

Is Europe the answer?

While southern European nations seemingly represent stable partners for the consumption of Israel’s natural gas, getting the gas to Europe, which already has ample supply from Russia, could prove cost-prohibitive. If constructed, the pipeline, which would travel under the Mediterranean Sea, would cost an estimated $6 billion to $7 billion.

“There are several questions to consider,” Baron said regarding the proposed pipeline. “First is the financial challenge. How will financing be provided, and under what terms? Projects of this nature require some kind of foreign government financing. Second is the technical challenges of laying a pipeline in deep and challenging waters with difficult topographic considerations. Third are the geopolitical considerations, relating to Greek-Turkish tension over Cyprus, and what will most likely be Turkish objections.”

David Wurmser—who also consulted on Israel’s gas fields for Noble Energy, and is a former intelligence officer in the U.S. Navy Reserves as well as a former Mideast adviser to Vice President Dick Cheney—said that a “gas pipeline to Europe, about which many exploration and development companies remain skeptical, will probably raise a little interest if actually built.”

Wurmser suggested that “the real demand, however, which is largely untapped, is in Asia.”

“The entry of the Indian oil and gas companies into Israel’s gas fields raises the question of whether it might not be more in Israel’s interest—and for that matter in the interest of the United States—to have the gas go east to Asia,” Wurmser told JNS.

“If the Asians, the U.S. and Israel build a structure to carry the gas to Asia, then there will be a lot more interest,” he said.

Israel has already signed deals to provide natural gas to the Palestinians as well as to neighboring Jordan. Talks regarding supply to both Egypt and Turkey have yet to yield large commercial supply contracts, and present challenges due to the complex geopolitics of the Middle East.

“Egypt should still be considered a possible buyer, even though it claims self-sufficiency next year,” Wurmser said. “Its growth will outstrip its production a few years after that, so it should still be seen as a market, provided politically it remains where it is—which is always a question.”

Further complicating Israel’s ability to lure investors and find suitable customers for Israeli natural gas is the Jewish state’s own domestic policy. In March 2016, Israel’s High Court declared that a clause in the contracts signed between the state and Noble Energy—which froze the price of natural gas for 10 years—is unconstitutional.

At the time, Israeli Prime Minister Benjamin Netanyahu said that the court’s unprecedented move to overturn a commercial agreement signed by the government represented “a grave threat to the development of Israel’s gas reserves,” and warned that Israel “is seen as a country with exaggerated judicial involvement in which it is difficult to do business.”

“If there is no new buyer, the amount of gas which Israel’s economy needs, plus the limited amount Jordan will consume, make it hard to justify further development of already discovered fields,” he said. “It certainly is a major factor in why other gas companies are not falling over themselves to bid in Israel’s offshore tenders.”

“Because Israel revisited the terms under which companies were attracted to Israel, there have been less new discoveries,” he said. “There is a view that there is substantially more gas offshore of Israel. The question is what to do with that gas if it is exploited.”