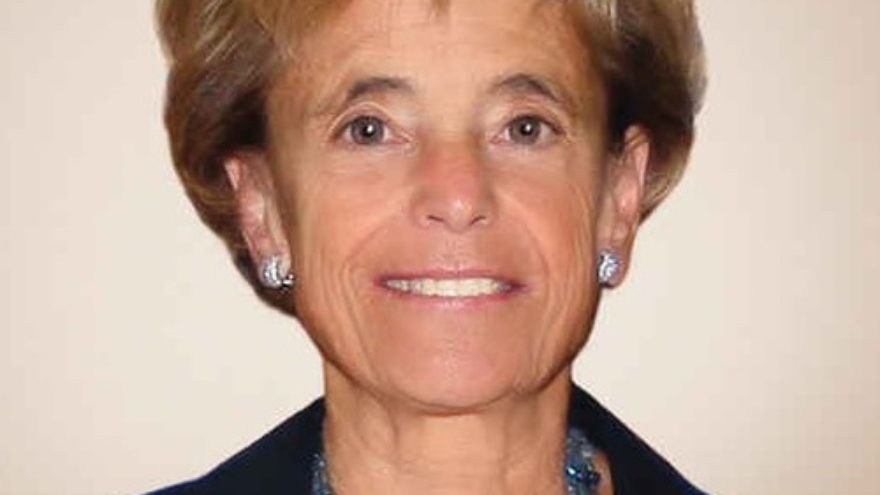 I am a Dallas Cowboys fan still recovering from our playoff defeat at the hands of the Green Bay Packers, or should I say, the instant replay booth. Still, football is like life—not always fair. And even the lead-up to Sunday’s Super Bowl has lacked fairness, as the media is obsessed with deflated footballs. Fans of the sport are not enjoying the sidebar stories that always accompany the lead-up to the big game.

When the Patriots and the Seahawks take the field on Sunday, the conversation before, during, and after the game will still involve “Deflategate” or “Ballghazi” (pick your media label). What will be missing for the second time in recent New England Patriots’ Super Bowl memory is Myra Kraft sitting with her husband, team owner Robert Kraft. She left us in 2011 after a battle with cancer.

Myra Kraft was a mensch is every sense of the word. It’s a sad disservice to her memory that the ebullience of viewers across the globe—not just Patriots and football fans—will be dampened because of a victimless and unresolvable non-scandal. Stories about the Kraft family, especially Myra and her global philanthropic impact, would have made for informative and inspiring television. I hope I’m wrong, and that the Super Bowl coverage finds the time to break away from the great non-conspiracy and remind the world of this beautiful soul that left us too soon.

With the Super Bowl is taking place during the same week as the 70th anniversary of the liberation of the Auschwitz-Birkenau concentration camp, it’s beshert for Myra’s team to be playing in front of the world.

The granddaughter of Lithuanian Jews who perished in the Holocaust, her life serves as a reminder that Hitler failed in his bid to exterminate the Jews. A mother of four and grandparent to eight, she and Robert Kraft have already contributed greatly to the survival of the Jewish people. But it’s their contribution to humanity that should inspire us to honor Myra’s memory as the world is watching her team play in the world’s greatest sports spectacle.

I’m sure Robert will tell you that making his wife president and director of the New England Patriots Charitable Foundation was a no-brainer. She was all about community and volunteerism. When he bought the team in 1994, she feared it would interfere with their charitable giving. He allayed her fears by explaining, “We will do more for the community if we run this franchise correctly.”

A year later, she began serving a seven-year stunt as the first woman chairperson of the Boys & Girls Club of Boston. Myra’s name was synonymous with charity in the Boston community. She served on the board of the American Repertory Theatre, United Way of Massachusetts Bay, Brigham and Women’s Hospital, and Brandeis University, from where she graduated in 1964.

Robert and Myra have donated more than $100 million to charity. But their most important contribution will ultimately be to the Jewish people and Israel.

Understanding that “the next generation deserves a strong connection to Israel,” the Kraft family established The Myra and Robert Kraft Passport to Israel program.

Described as “a unique savings plan to help parents send their children on a life-changing teen Israel experience, the program is designed so that the community, the synagogue and CJP (Boston-based Combined Jewish Philanthropies) help families make a trip to Israel during the high school years a reality.”

Robert and Myra also support American football in Israel—and yes, there is a big party planned for football fans in the Jewish state. It’s a safe bet to say that the overwhelming number of American football fans in Israel will be cheering on the Patriots, since the Kraft family is responsible for the sport’s growing popularity there. In 2005, the Kraft Family Israel Football League was established under the umbrella of the American Football in Israel non-profit organization. Beginning in 2000, and with a renovation in 2005, the Kraft Family Stadium became the only football arena in Israel.

Today, more than 15 nationalities play American football side by side in Israel, including Jewish and Palestinian athletes. This is a special source of pride for Robert Kraft.

“For me, the biggest turn-on is to see Palestinians and Jewish people playing the game together and being on the same team,” Kraft said in 2011. “You solve problems by creating jobs for people and by getting people to interact with one another and know each other as human beings and so that’s the turn-on for me here.”

These are the stories that I wish the public would be hearing. But acts of kindness and bringing people together apparently aren’t as newsworthy as Tom Brady defending his deflated footballs.

On Sunday, please remember the kindness of Myra Kraft and the legacy she and her husband will leave behind. It’s a story of kindness that stretches from Boston to Jerusalem.

Jason Stverak is president of the Salomon Center for Truth & Accountability.