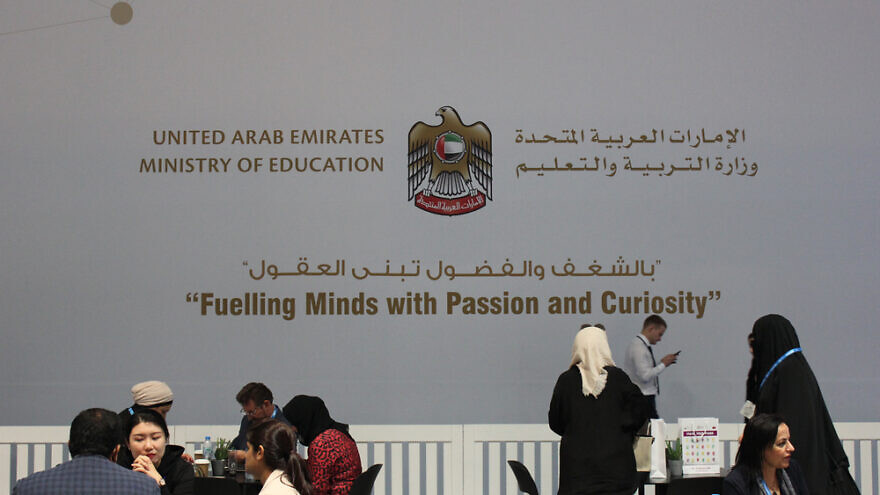 (January 21, 2022 / JNS) Textbooks in the United Arab Emirates promote peace and normalization with Jews and Israel; however, the Jewish state is still not on school maps, according to new research released by an Israeli watchdog group.

The Institute for Monitoring Peace and Cultural Tolerance in School Education (IMPACT-se) released a report on Thursday examining 220 Arab-language textbooks in grades one through 12 from the UAE’s national curriculum, printed between 2016 and 2021.

IMPACT-se discovered that peacemaking was “by far” the top priority discussed in the textbooks that were analyzed. The books also “offer a realistic approach to peace and security, teach patriotism, anti-radicalism, commitment to defending the homeland and cooperating with allies,” said the report. Even the Islamic-education program in UAE schools “emphasizes tolerance, coexistence and friendly relations with all non-Muslims and ethnicities.”

IMPACT-se said it didn’t find anti-Semitism, hate or incitement in the textbooks, and that UNESCO guidelines for peace and tolerance “are generally met.”

But while the 2020 Abraham Accords, which normalized relations between the UAE and Israel, are praised in textbooks and anti-Israeli material has been largely removed or moderated, Israel is not displayed in maps, and Holocaust education is not taught.

In terms of how the Middle East is portrayed, the textbooks describe Iranian expansionism as a threat, and support for the Palestinian cause is no longer seen as a solution to solving the broader range of issues in the region. The textbooks also encourage students to exhibit tolerance and respect among non-Muslims, especially Jews and Christians.

“School education is the key to fostering the development of peaceful, tolerant societies, and the UAE curriculum’s authors seem determined to follow that path, relentlessly educating young Emiratis to understand the centrality of peace and employing Koranic verses to teach tolerance. Coexistence with Jews, Christians and other religions is a central feature while the authors have ensured that anti-Semitism has now been eradicated from the curriculum,” said Marcus Sheff, CEO of IMPACT-se.

“This determination to foster a peaceful and tolerant education extends to Israel: the Abraham Accords feature in three separate textbooks and children are taught that the treaty carries Islamic scholarly approval. This can only bolster people-to-people normalization.”