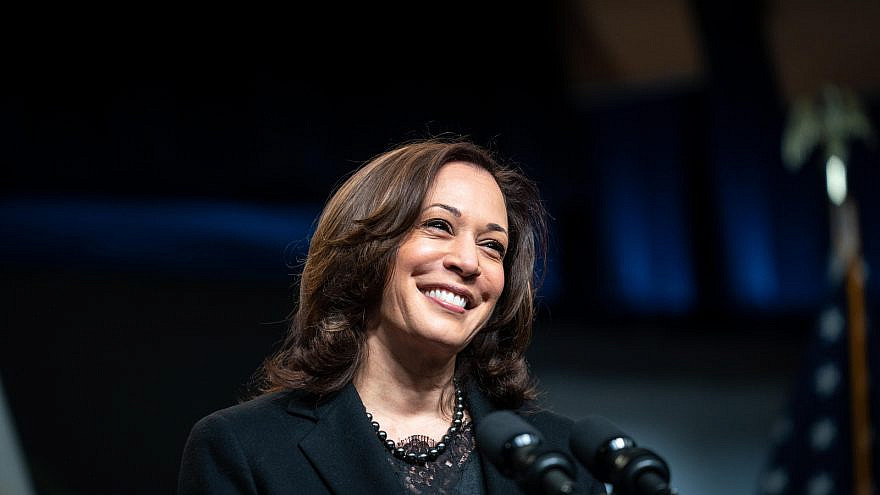 (March 25, 2021 / JNS) The Republican Jewish Coalition is calling on Vice President Kamala Harris to cancel her speech to the Black Women’s Roundtable over the group’s ties with Tamika Mallory, who has been accused of anti-Semitism.

“The Republican Jewish Coalition is calling on the vice president to take a stand against anti-Semitism by canceling her scheduled appearance and calling out the Black Women’s Roundtable for its relationship with Tamika Mallory,” the group said in a statement. “For the vice president to participate in an event with this group would be seen as an endorsement of the group’s openness to anti-Semitic voices.”

RJC added: “This is an opportunity for Vice President Harris to speak out against anti-Semitism.”

The Black Women’s Roundtable, scheduled for March 24-28, will feature Harris as a speaker.

Mallory is a member of the organization, which is part of the National Coalition on Black Civic Participation led by her friend, president and CEO of the roundtable Melanie Campbell.

Mallory, one of the founders of the Women’s March, has been criticized for her close ties with Nation of Islam leader Louis Farrakhan, who she has called “greatest of all time because of what he’s done in black communities.”

Mallory has been repeatedly criticized for praising Farrakhan, a known anti-Semite whose annual Saviour’s Day was attended by Mallory in February 2019, where Farrakhan said “the powerful Jews are my enemy.” The Women’s March later cut ties with Mallory.

The four-day conference, which seeks to bring together more than 700 participants, is geared towards “amplifying the voices and power of black women and girls who have shaped history and currently play key roles in politics, civil rights, social justice, advocacy, business, education, labor, faith, government, philanthropy and more.”