(May 21, 2021 / JNS) Just one week before riots broke out in the Arab-Jewish coastal city of Akko, small-business consortium Western Galilee Now (WGN), powered by JNF-USA, held its Eighth Spring Festival, highlighting the region’s variety of cultural, culinary, art, leisure and nature activities, as well as its geographical richness, history and multiculturalism.

Though tourists were not able to attend this year’s festival due to lingering coronavirus restrictions, locals enjoyed 30 events that included culinary chef demonstrations, arts-and-crafts workshops in studios of Galilean artists, festive meals and nature tours—mostly, family-owned or kibbutz businesses that make up WGN’s consortium of 60 entities.

Tourism is the beating heart of the Galilee, according to WGN marketing and communications manager Rachel Orr, who notes that 40 percent of the population works directly or indirectly in the industry. But it was only years ago when many of the area kibbutzim and villages were rarely visited by tourists.

JNF-USA took this as an opportunity as a part of its larger “Blueprint Negev” and “Go North” programs, which encouraged development outside of Israel’s crowded center and into the country’s now revitalized periphery after pouring millions of dollars into development projects. According to Yael Levontin of JNF-USA, as of May 2021, the organization has raised $800 million towards its $1 billion roadmap for the next decade. 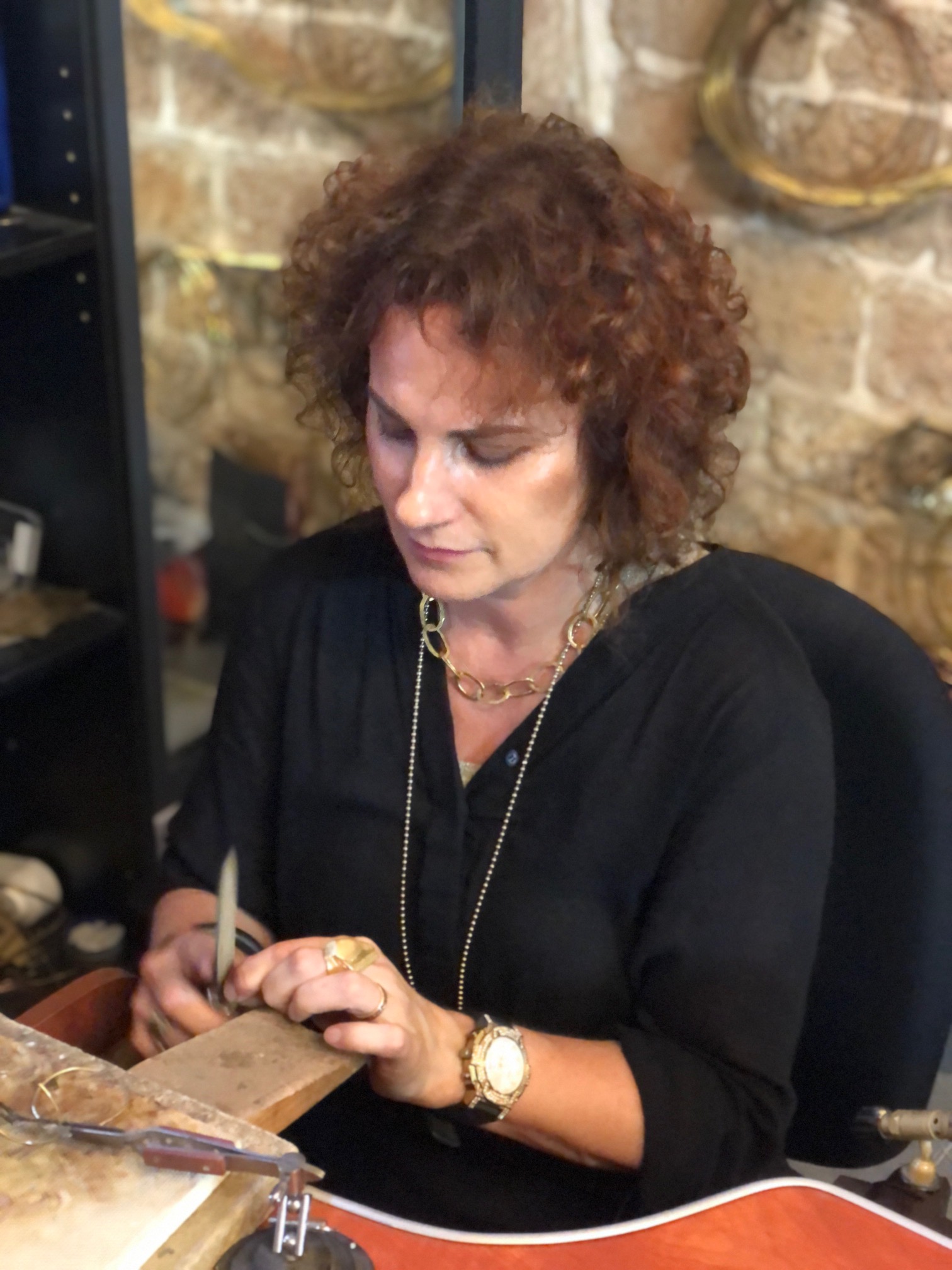 Orly Kupker working at her studio during a workshop for the Eighth Spring Festival, May 2021. Photo by Eliana Rudee.

“The country will be stronger if the whole country is utilized in a positive way,” according to JNF-USA lay leader Deb Zaluda of Chicago. “The country can’t sustain itself with 80 percent of people living in 20 percent of the land, and life outside of the center is so rich.”

Since the launch of the WGN business association a decade ago, tourists have been drawn to the less frequented areas for full-day excursions. “If you can get tourists to Akko, you can teach them a lot about the Western Galilee,” Orr told JNS. The region, she continued, is “surrounded by the mountains and sea, and so much green.”

While most tourist associations around the world came to a halt in 2020, CEO of WGN Michal Shiloah Galnoor told JNS that their traditional spring and winter festivals went online with JNF-USA’s encouragement, and the WGN launched dialogues to understand the small-business owners’ needs. JNF created a headquarters and tourist information center in Akko (which has unfortunately been significantly damaged in the recent violence) as well as an online “mitzvah shop” where association members could sell their products online in lieu of the regular influx of tourism.

‘We must work for a better future’

According to Meir Davidzon, owner of Akkotika B&B in the beating heart of the Old City of Akko, he used mandated hotel closures in 2020 as a time to “renovate, improve and renew” with WGN and JNF-USA. Tragically, Akkotika—a short distance from Akko’s ancient sites, museums, restaurants, galleries and the harbor—was also ruined in the recent rioting. 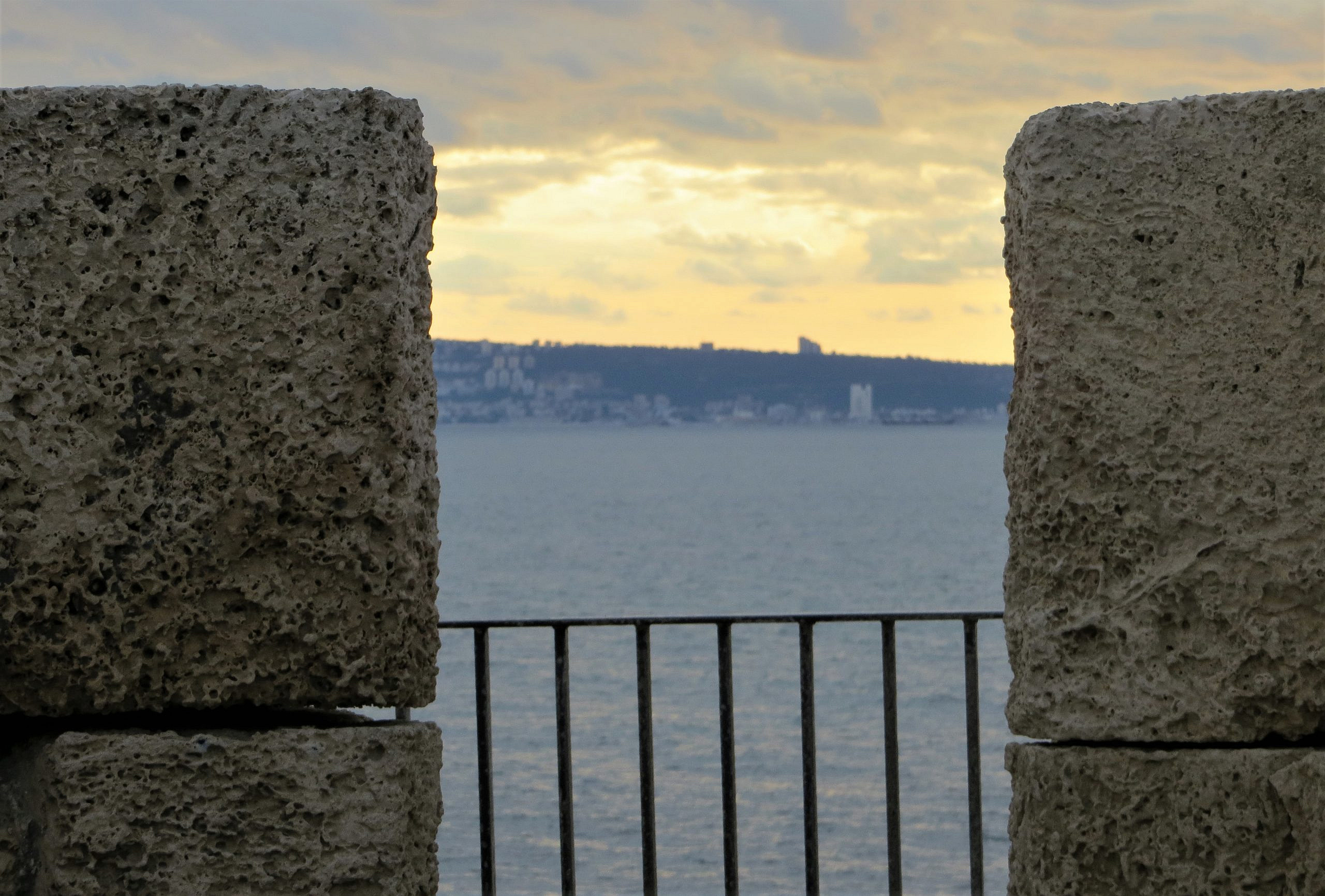 View from the seawall in Akko’s Old City. Photo by Carin M. Smilk.

Elmarsa restaurant in Old Akko, owned by Akko natives Marwan and Hamudi Barghot, provides Akko-style cuisine and entertainment for their guests. For the past eight years, the brothers have opened their kitchen to guests with fish caught from the harbor, spices and veggies from the Old City market, and labneh with local olive oil. Taking part in an association, Marwan told JNS, “has helped to increase tourism and bring in new clientele from northern Israel.”

Tour guide and photographer Ofek Ron-Carmel guides photography and foraging tours all over northern Israel, passionate about sharing the hidden secrets of Israel and discovering edible plants that are foraged and used to make a meal together in nature. Likewise, he told JNS, taking part in a business association has “opened a door to new connections and networking, and helped me to bring new crowds to my trips, as well as co-operation with fellow business owners in the Galilee.”

Eldad Behar travels across Israel, bringing his Omanya leatherworking studio in Kibbutz Afek to the rest of the country. For the past 22 years, he has brought leatherworking to Israel, often working privately with companies, families, summer schools, tourists, boy scouts, hospitals and youth at risk. When COVID-19 hit, he was unable to teach group lessons—the bread and butter of his business. Even so, he said, “the Western Galilee is like a family,” and now, he added, “I have a wider perspective and am optimistic about the future, and business is the best ever.” 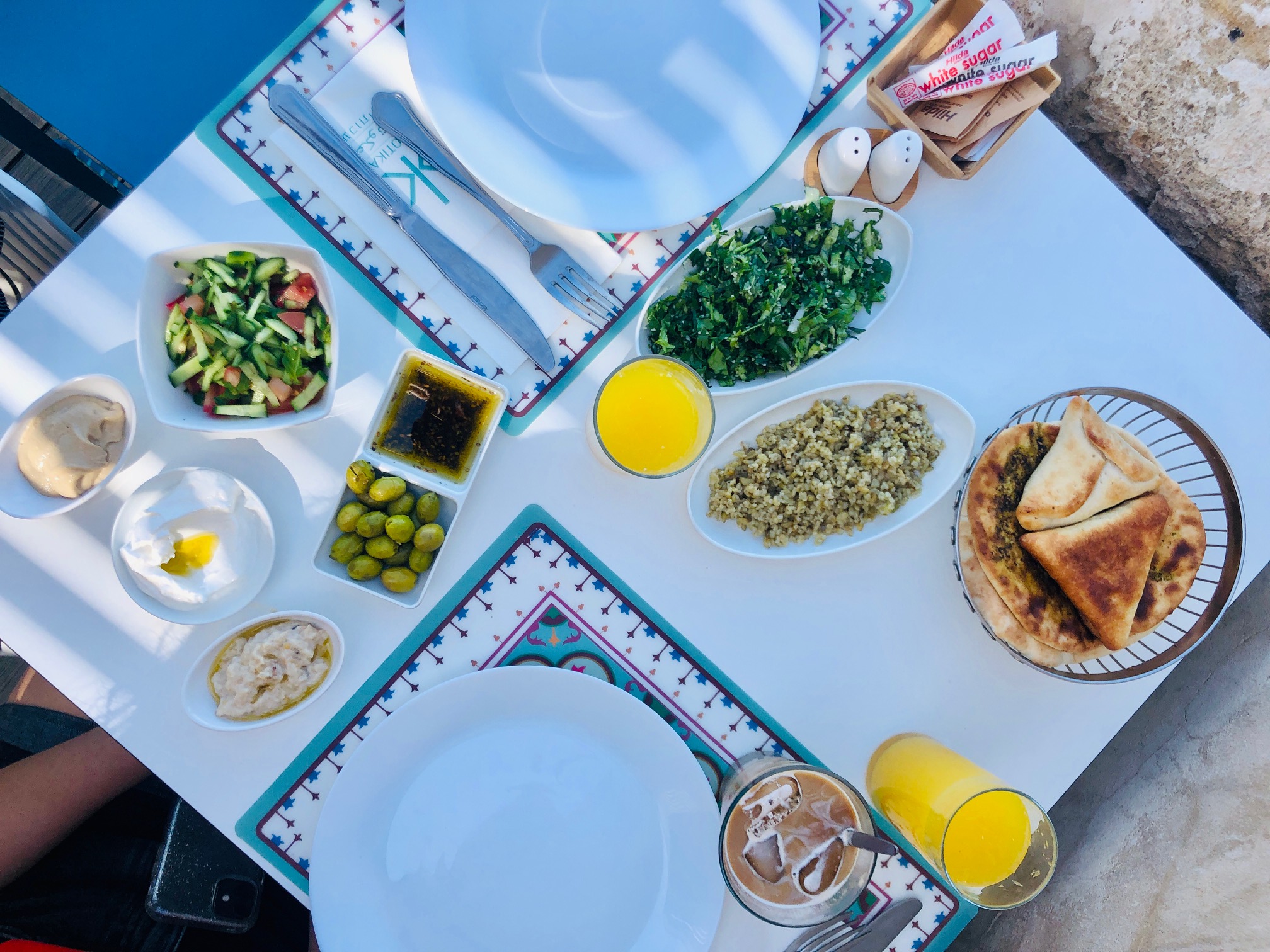 Hasi Naveh’s Hasi Fiber Studio in Bustan HaGalil allows guests to quilt, dye fabrics and transfer flowers to textile, exploring the connection between nature and creation. The Western Galilee, said Naveh, allows for “great closeness to nature, a sense of freedom and creativity.” She, too, described taking part in an association as like a larger family. “There is a sense of sharing, caring and a desire to help on a business and personal level,” Naveh told JNS, who was able to build an online store and workshops over Zoom during the pandemic at the encouragement of the association.

Jeweler and artist Orly Kupler of Oroca studio, who recently joined the WGN association in 2021, is inspired by Akko’s “dialogue between the ancient world and the modern world,” informing her creative process of jewelry design. A mechanical engineer turned artist, through WGN, Kupler is looking forward to collaborations and events with other association members. 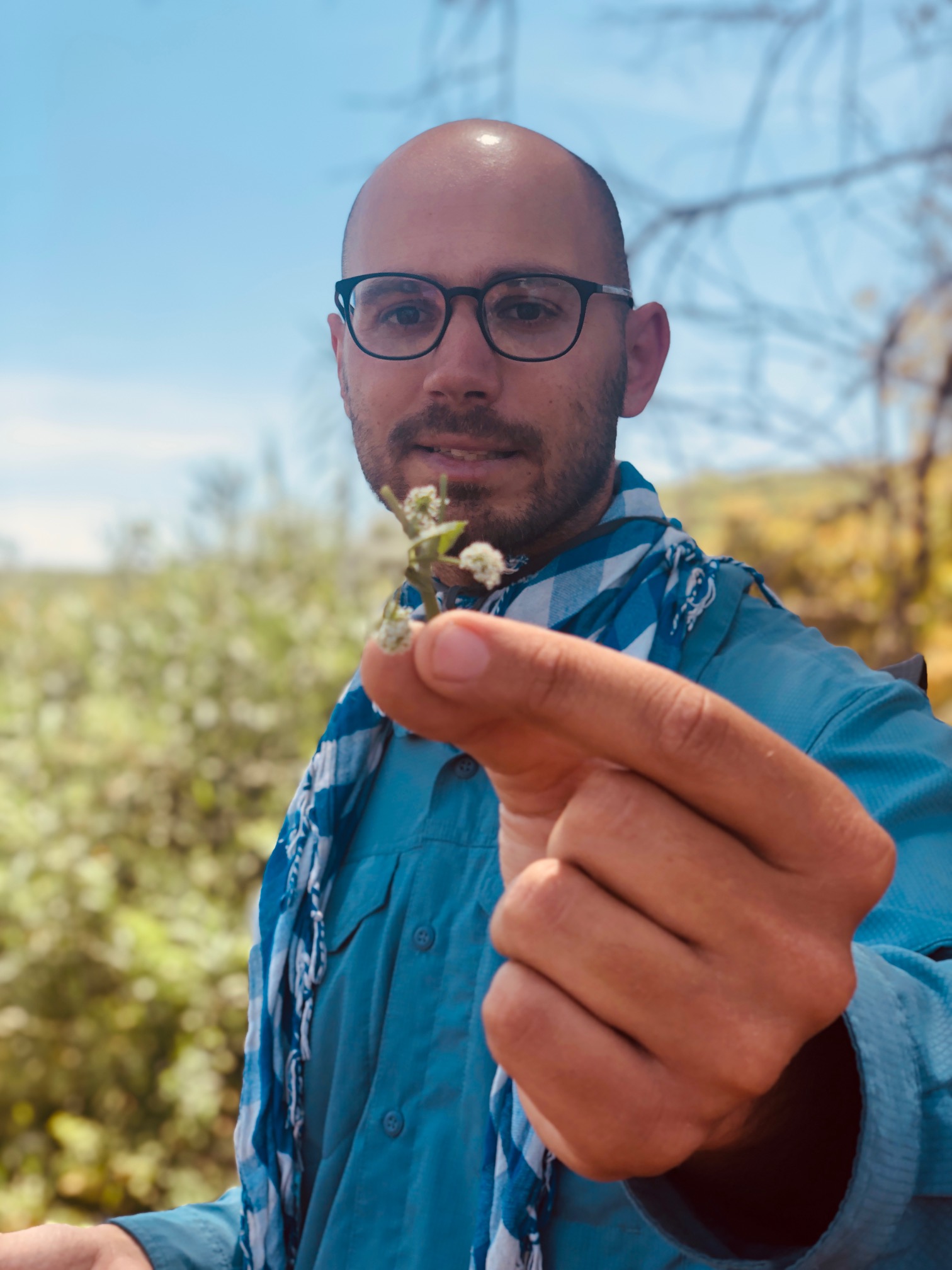 Ofek Ron-Carmel leads a foraging class during the Eighth Spring Festival, May 2021. Photo by Eliana Rudee.

In light of the recent violence in Akko, WGN and JNF have stepped up to support the city. According to Shiloah-Galnoor, Akko’s “alleys of coexistence have been shattered, leaving us shocked and in tears. The homes, restaurants, galleries, B&Bs, our JNF-USA tourist center, the restoration building of Akko—owned by Jews, and even a few businesses of non-Jews, have been damaged, some burnt to the ground.”

At the same time, she continued, “the deep friendships and trust between Arabs and Jews within Akko and within the Western Galilee have risen [above the fray], and together, we will fight the evil that has terrorized us all. We will rebuild—trust, friendships and the buildings, stronger than ever. We must work for a better future.”