International Jewish music stars Yaakov Shwekey, Ishay Ribo and Mordechai Ben David will sing at a virtual concert called “Together as One” on Lag B’Omer, May 12, to benefit tens of thousands of Israeli citizens who have been hit hardest by the COVID-19 pandemic. Source: Screenshot.
June 4, 2020
The main headlines 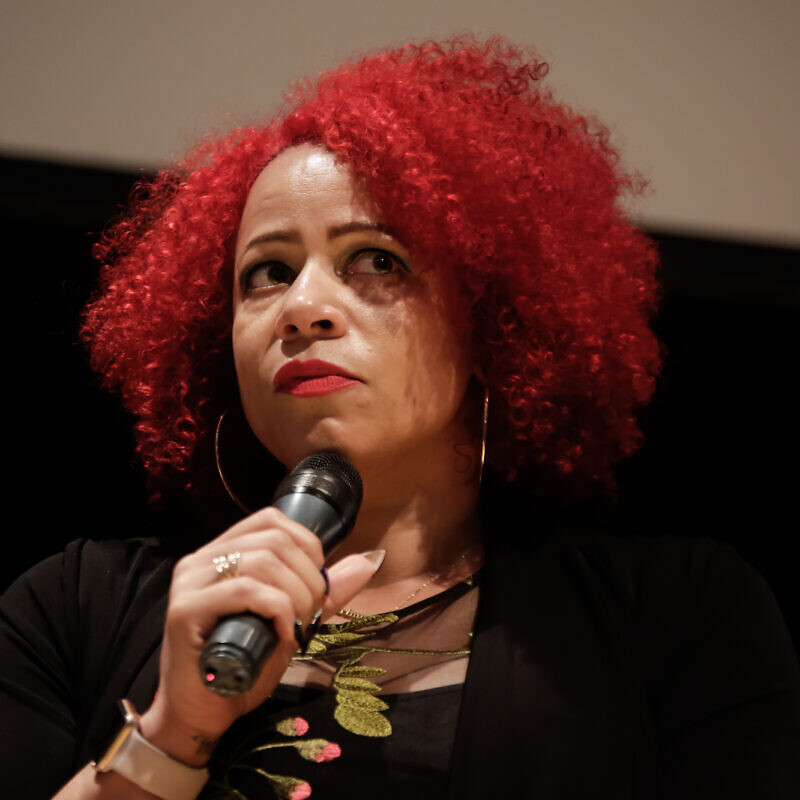 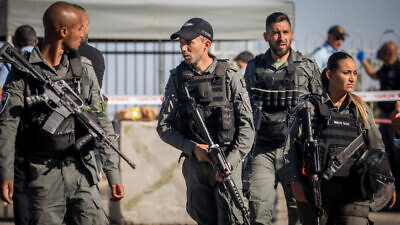 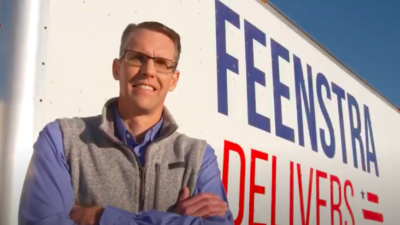 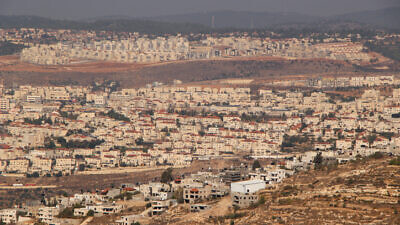 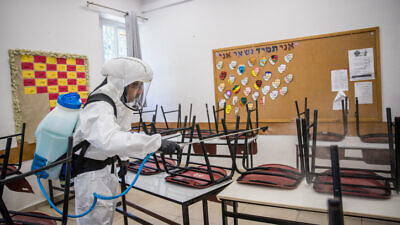 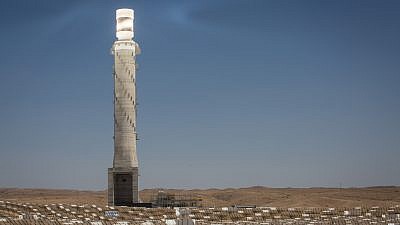 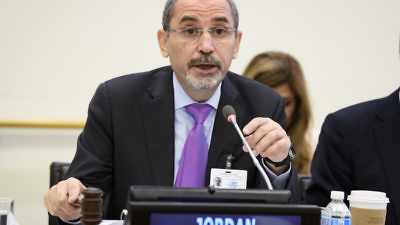 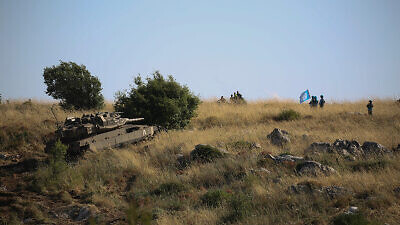 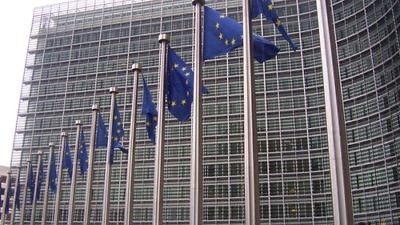 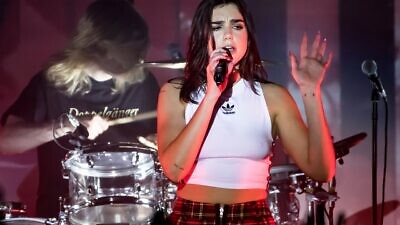 (May 7, 2020 / )PROMOTED CONTENT / International Jewish music stars Yaakov Shwekey, Ishay Ribo and Mordechai Ben David will sing at a virtual concert called “Together as One” on May 12, Lag B’Omer, to benefit tens of thousands of Israeli citizens who have been hit hardest by the COVID-19 pandemic.

The event is sponsored by Migdal Ohr, which has been selected by the Israeli government to operate a massive civilian-relief effort called “Magen Israel, Israel Shield.” The initiative is working with the Israel Defense Forces to deliver bimonthly emergency kits of food and essentials to 40,000 people in need in Israel.

A view pass for the event is $18 per household and there are sponsorship opportunities available once people register. 100% of the proceeds of the concert will go directly towards the relief effort. 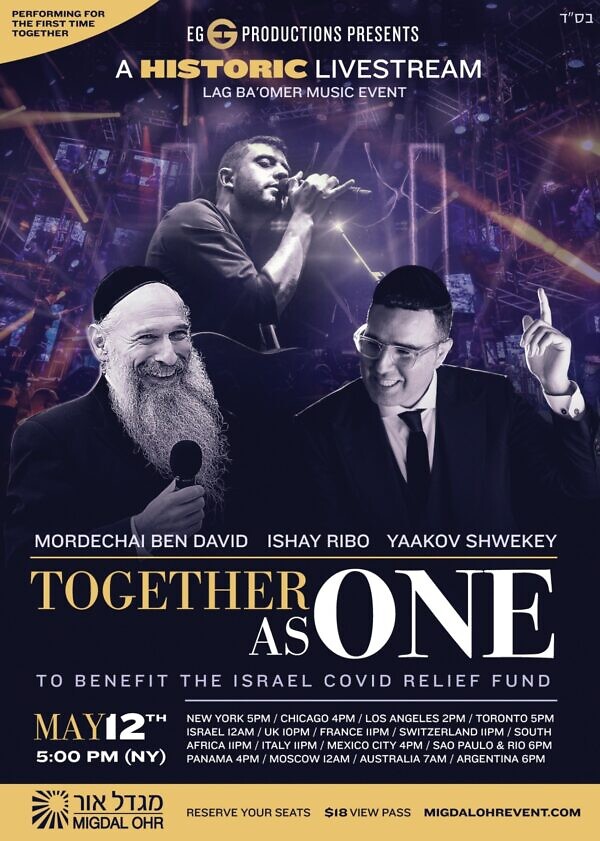 Ribo said he feels “honored to participate in uniting the world in an effort to help those in critical need in Israel.”

The concert will include three hours of livestreamed entertainment with proceeds going directly towards the coronavirus relief effort.

“We will try and bring a little light in an otherwise dark and difficult time for so many,” said Shwekey. “When I was called about these efforts to help people who don’t even have money for basic items, like food, I jumped at the opportunity. I hope all of Am Yisrael will join us for this historic event.”

Mordechai Ben David called the effort “a spiritual revolution for those who do not have anything and no one else to depend on. I consider it holy work to be part of this vital project.”

From a production perspective, the show is going to be “unprecedented for a number of reasons,” explained producer Eli Gerstner. “In addition to having a lineup of artists that have never performed together, we are taking the idea of a live-stream concert to a new level. Plans for the show include the use of 3D technology, as well as ways for the audience to be active participants in the concert.”

Rabbi Yitzchak Dovid Grossman, an Israel Prize Laureate, and founder and dean of Migdal Ohr, said “Lag B’Omer is a powerful time to show that the Jewish people are united, and that we are willing to stand as one to ensure that Israel’s most vulnerable families, children and seniors have what they need to make it through this crisis. It is not a coincidence that these incredible artists are coming together now, when we need to show that we are together more than ever and utilize this unity for doing good deeds.”

Click here to buy tickets or learn about other giving and/or sponsorship opportunities.
JNS Promo+ is an ideal publishing platform to promote organizations and one-of-a-kind initiatives. To learn more about publishing via JNS Promo+, please click here.