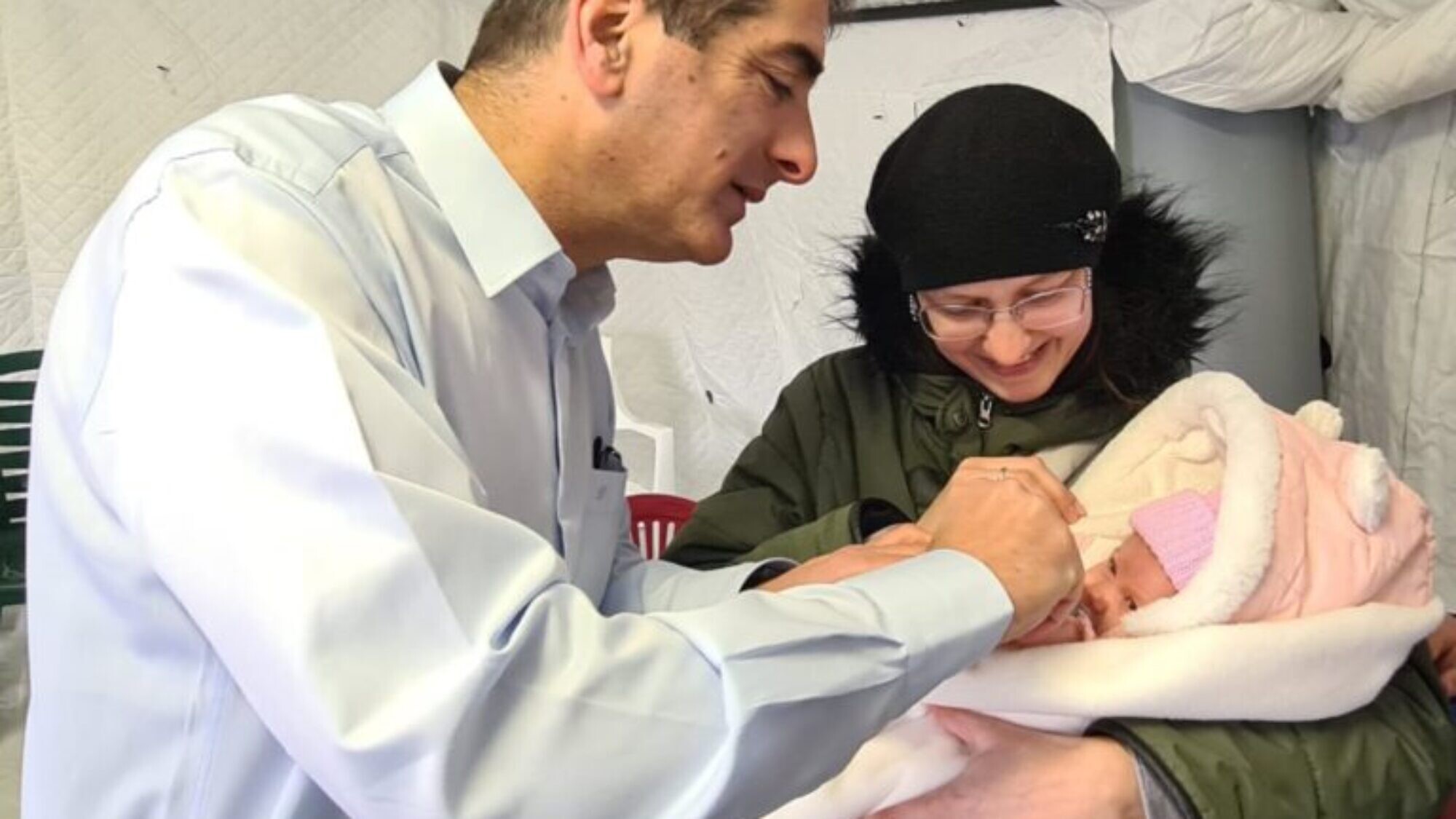 Sheba ran the hospital, which was located in Mostysky, about 40 miles west of Lviv, for six weeks, at the request of the State of Israel and the Ukrainian Foreign Ministry, said Hareven.

“It’s actually a very quiet western part of Ukraine. From time to time we heard sirens and we ran to the shelter. It was far away from the war zone, but full of refugees,” he said.

The Sheba mission proved vital since Ukrainians were in desperate need of medical help, something especially evident to Dr. Hareven from what he witnessed in the field.

“The basic level of medical care, especially primary and secondary medicine, it’s very poor in routine times and even poorer during wartime, because a lot of physicians were drafted to the army and medical supplies were sent to the front lines, so it got even worse,” he said. 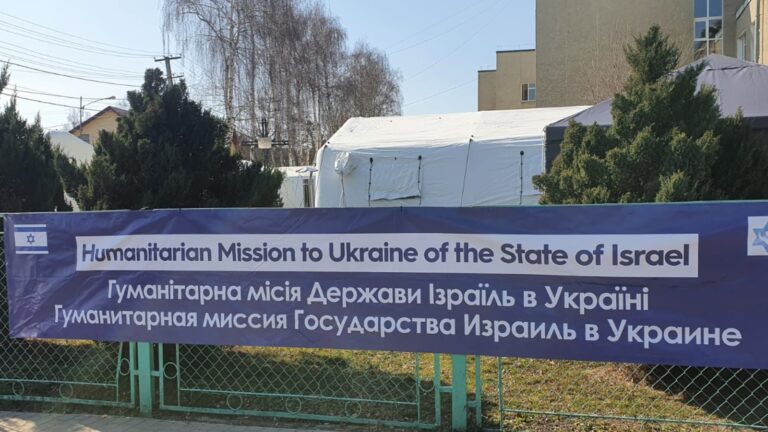 The Sheba field hospital was set up in Mostyska because it sits on the main road from Lviv toward Poland, to which refugees are traveling by car and on foot.

“The population there knows about Israel, they’ve heard about Israel, some of them we met were even treated in Israel in previous years. They admired Israelis and I even heard one lady say, ‘We knew deep in our hearts that if anyone were to come, it would probably be you,’” he added.

“They even said that ‘we are feeling much of the same that you feel from time to time when attacked with missiles,’” he said.

Of the many heartwarming stories involving the field hospital, one that remains fresh in his mind has to do with a seven month old child who, together with his mother, had traveled 72 hours via car, bus, train and on foot to reach it.

“He was totally pale. He was suffering from acute anemia and he definitely needed blood. He could … barely cry, he didn’t want to eat. We understood that we were talking about hours. We needed to make a rapid decision,” he said.

“We thought that we would give him an auto-transfusion of blood from one of our team members that had O-minus or O-positive blood, but then we consulted with the people at Sheba and they decided that it would be too dangerous to give him fresh blood, especially from an adult. So we made the decision to send him to Poland in an ambulance with one of the team members, and he went to Warsaw. A few days later, we got photos from the mother showing the baby alive and vivid. They gave him blood and vitamin B and he came back to life.”

Hareven emphasized the role played at the field hospital by Sheba in Israel.

“[Sheba was] a big part of what is happening in the field in Ukraine, with the use of virtual and online technologies,” he said.

“Through our remote telemedicine hospital, called Sheba Beyond, we were able to have an open line … directly to Sheba experts … 24/7,” he explained.

Some of those tools and some of the equipment was left behind when the field hospital returned to Israel, to keep that line open, he added.

Sheba’s institutions and activities are supported by Jews around the world, and this includes its unique mission in Ukraine.

“We came as representatives of the State of Israel, then we came as health care providers, as human beings, but most important as Jews,” said Dr. Hareven. “During the last three weeks, from the beginning just getting prepared for the mission and during the mission I felt and my team felt that the entire Jewish world was behind us. We got emails, phone calls, and messages from all over the Jewish world supporting our mission.”

This article was published in cooperation with Sheba Medical Center.