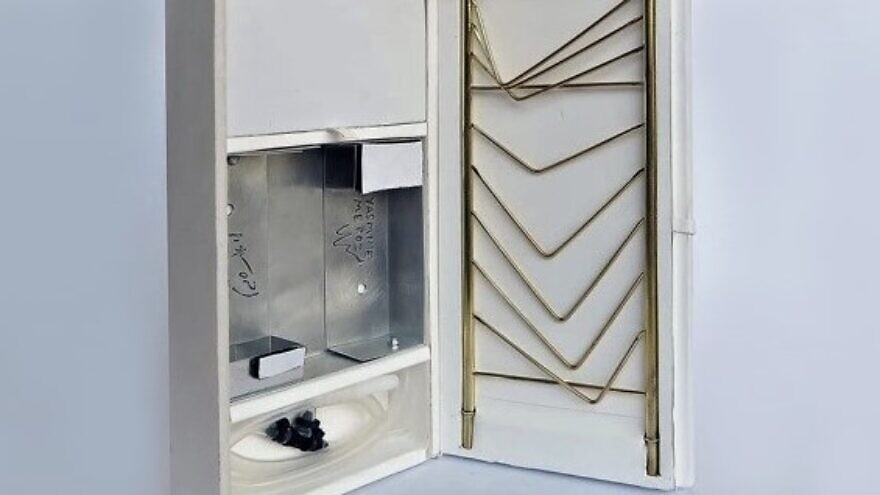 (April 6, 2022 / JNS) Physics and art may sound unrelated: Physics is an exact science that requires the application of analytical and quantitative abilities, while art is based on emotion and creativity.

But a recent collaboration between physicist Dr. Yasmine Meroz of Tel Aviv University and the contemporary artist Liat Segal challenges the boundaries between the two fields.

Their joint work, called “Impossible Object,” will be launched in early April to the International Space Station (ISS) as part of the “Rakia” mission of Israeli astronaut Eitan Stiva.

Meroz is a senior faculty member at the School of Plant Sciences and Food Security at the Wise Faculty of Life Sciences, whose lab studies the physics of plant systems. Segal studied computer science and biology, and worked in the high-tech industry for several years before shifting her career to arts. The two met as graduate students in the same lab at Tel Aviv University.

“Impossible Object” is a sculpture made of water. The liquid’s three-dimensional form does not get its shape from any vessel and as such cannot exist on Earth, but only in outer space in the absence of gravity.

The sculpture is made of interconnected brass pipes and rods through which water is flown. In the absence of gravity, the water adheres to the rods and forms a liquid layer shaped by water tension that envelopes the brass structure, yielding a 3-D shape that changes over time.

The underlying brass structure is reminiscent of a wavy and directionless staircase, raising questions about shape and form in the absence of gravity and directionality. In particular, what is the shape of water? What does a “slice of the sea” or a “handful of a wave” look like?

This is their second collaboration; a previous artwork, “Tropism,” was exhibited at the Genia Schreiber University Art Gallery.

“There is much in common between art and scientific research: Both are the result of a thought process in which creativity plays a central role and are motivated by the desire to ask interesting questions,” says Meroz.

“ ‘Impossible Object’ is a research-based artwork, where the medium is basically the physics underpinning water behavior in the absence of gravity,” she explains. “I learned a lot in the process, and I have no doubt it will contribute to research in my laboratory. In this respect, this work expresses the unrealized potential of the synergy between art and scientific research.”

Segal adds: “In this collaboration, we not only shared knowledge and inspiration, but we were also able to bring about a true co-creation, which could not have been realized by each one of us individually. ‘Impossible Object’ is timely, weighing the role of culture and art at an era when humanity is experiencing accelerated scientific and technological developments. Following incredible technological and scientific achievements in space—and as space tourism becomes tangible—it is important to reflect on the place of culture and arts in our lives, on Earth and beyond.”