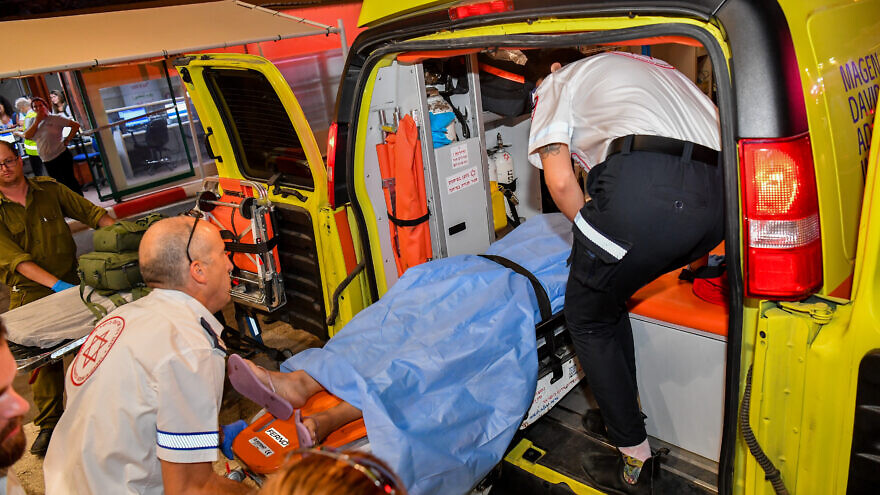 Wounded Israeli tourists are evacuated across the border after a car accident in Egypt, where two people were killed and another five were injured in the Sinai on July 28, 2022. Photo by Flash90.
Spread the word.
Help JNS grow!
Share now:

(July 28, 2022 / JNS) According to the Foreign Ministry, two Israelis were killed and five injured in a car crash in the Sinai Peninsula in Egypt, which is a popular tourist destination for Israelis, with two people in serious condition.

The accident occurred when the Israeli group’s van collided head-on with another vehicle, reported Ynet.

Magen David Adom ambulance teams and other first responders were dispatched to the Taba border crossing with Egypt to assist with medical needs.

The Israeli Foreign Ministry said it was in contact with Egyptian authorities to facilitate the individuals’ return to the Jewish state.

The Israeli military announced that soldiers from the Airborne Combat Rescue and Evacuation Unit 669 had also been sent to the Egyptian border by Israeli Air Force helicopters to assist and evacuate those hurt in the crash.