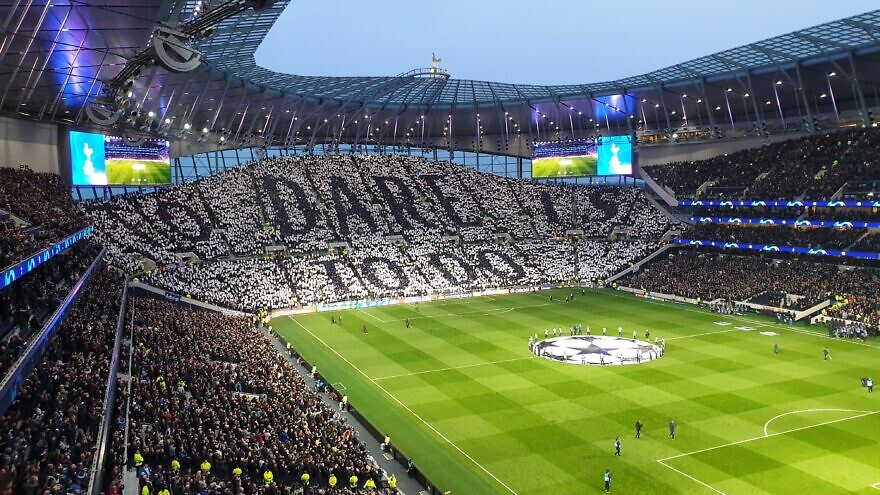 (July 29, 2022 / JNS) A sports fan in the United Kingdom who made a Nazi salute towards fans of the British football (soccer) team Tottenham Spurs has been banned from attending matches for three years, reported Jewish News.

Shay Asher, 24, a fan of Newcastle United, was charged with racially aggravated harassment for making the Nazi gesture during a Premier League game that took place in October 2021. He admitted to the charge in April and was fined £200, about $243, by the Newcastle Magistrates Court.

He returned to the court to face a Football Banning Order, a measure pushed by the prosecution. During the hearing, the court agreed to impose the three-year ban.

Under its terms, Asher must surrender his passport, avoid soccer fields and keep away from soccer matches in the United Kingdom, according to Jewish News. He has also received a medical discharge from the Royal Engineers, a part of the British Army.

“This defendant took it upon himself to produce a Nazi salute,” said prosecutor Brian Payne.

He added that Asher “knew, or must have known, that there was a likelihood of there being a strong Jewish presence among the away supporters. It was a pretty deliberate and cynical action.”

The Tottenham Spurs are known for having a large Jewish fan base who call themselves the “Yid Army.”

Asher’s lawyer, John Wesencraft, opposed the banning order, saying the gesture was done in a “moment of madness,” and that his client was not likely to do it again.