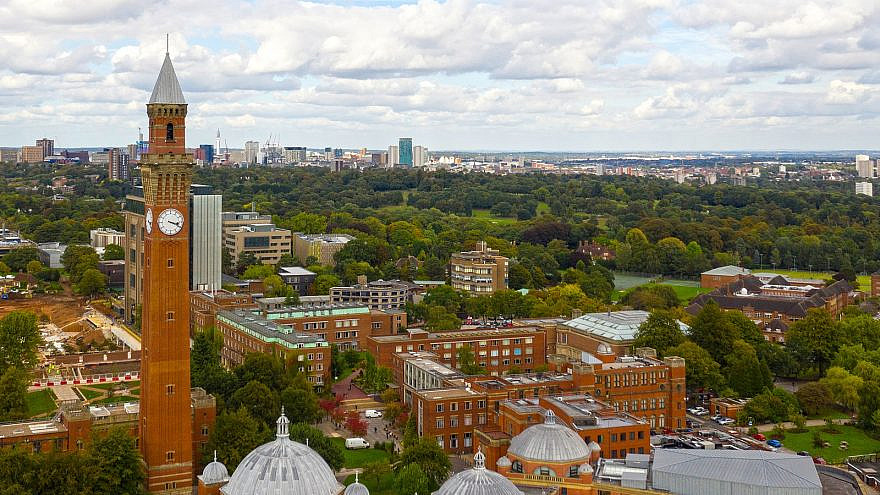 (December 3, 2020 / JNS) The University of Birmingham in the United Kingdom has adopted the widely accepted International Holocaust Remembrance Alliance (IHRA) definition of anti-Semitism, tweeted the Union of Jewish Students, which represents Jewish students on college and university campuses in Great Britain, on Wednesday.

“The adoption of the IHRA definition will go a long way in ensuring Jewish students are safeguarded from anti-Semitism on their campus,” said UJS in a statement posted on their Twitter page. “We will continue our work in ensuring all student unions and universities in the U.K. adopt this vital and comprehensive definition.”

We are pleased that the @unibirmingham has adopted the IHRA definition of antisemitism. pic.twitter.com/fN2AHf4i4y