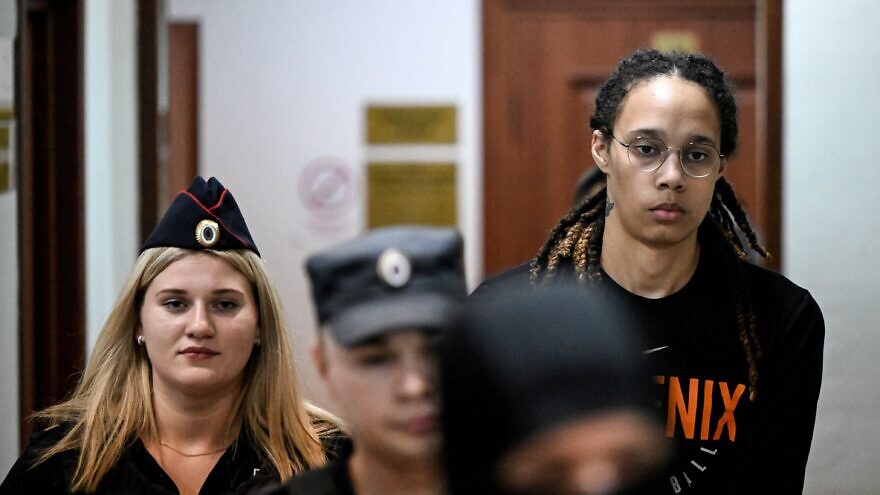 “She’s safe. She’s on a plane,” President Joe Biden said in brief remarks at the White House. “She’s on her way home, after months of being unjustly detained in Russia, held under intolerable circumstances.”

Griner was arrested at a Moscow airport in February after the discovery of cannabis-derived oil cartridges in her luggage. She had been prescribed medicinal cannabis in Arizona, which is illegal in Russia.

The 32-year-old star center for the WNBA’s Phoenix Mercury later pleaded guilty to charges of drug smuggling. On August 4, she was sentenced to nine years in prison.

Bout is a former Soviet military translator who has used his multiple companies to smuggle weapons from Eastern Europe to Africa and the Middle East since the fall of the Soviet Union, earning the nicknames “Merchant of Death” and “Sanctions Buster.”

Bout’s network allegedly delivered surface-to-air missiles to Kenya that were used in a failed strike on an Israeli airliner during the 2002 Mombasa terror attacks. Bout also reportedly met with Hezbollah officials during the run-up to the 2006 Second Lebanon War.

Bout was arrested in Thailand on terrorism charges in 2008, and later convicted by a federal jury in Manhattan of conspiracy to kill U.S. citizens and officials, delivery of anti-aircraft missiles and providing aid to a terrorist organization, and sentenced to a minimum of 25 years imprisonment.

The exchange leaves retired U.S. Marine Paul Whelan, a corporate security director, imprisoned in Russia. Whelan, who has Canadian, American, British and Irish citizenship, has been in Russian custody for nearly four years accused of espionage, a charge that the U.S. denies.

Biden on Thursday insisted that the administration has not forgotten about Whelan.

Click here for JNS’s exclusive interview with Mickey Bergman, the Israeli who serves as a conduit between the White House and Kremlin and who worked to secure the release of Griner and is working for the release of Whelan.