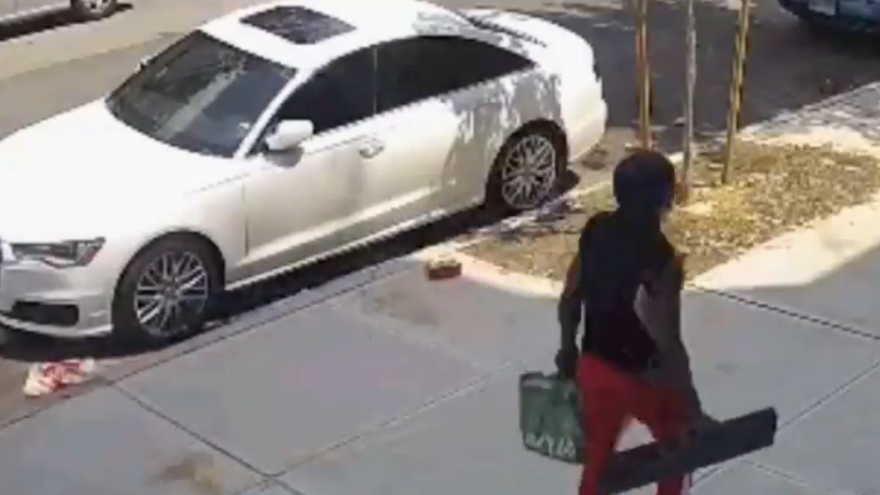 An African-American man is wanted for attacking a Chassidic Jew with a piece of broken furniture in Brooklyn, N.Y., on July 5, 2021. Source: Twitter Screenshot.
Spread the word.
Help JNS grow!
Share now:

(July 13, 2021 / JNS) The Anti-Defamation League New York/New Jersey is offering a $5,000 reward for information leading to the arrest and conviction of an African-American man who was seen on video last week assaulting a Jewish man in Brooklyn, N.Y.

According to the New York Police Department’s hate-crimes division, on July 5 at around 11:30 a.m., a 25-year-old man “wearing traditional Jewish garb was punched in the chest by a male who made an anti-Jewish statement. The victim was also struck in the back with a thrown broken piece of furniture.”

In the video, the assailant walks down a street, passes an old dresser left out for garbage pickup, throws a drawer on the sidewalk, breaks off a piece and continues to walk. Moments later, he turns around, starts running and strikes at the Chassidic man walking behind him with it.

In announcing the award, ADL regional director Scott Richman said, “We are alarmed and extremely concerned about this alleged anti-Semitic assault. We are sending an unequivocal message that these hate-motivated acts of violence are unacceptable and will not be tolerated.”

According to recent statistics from the NYPD, anti-Semitic incidents have risen some 60 percent over 2020 with more than 110 acts of Jew-hatred to date.