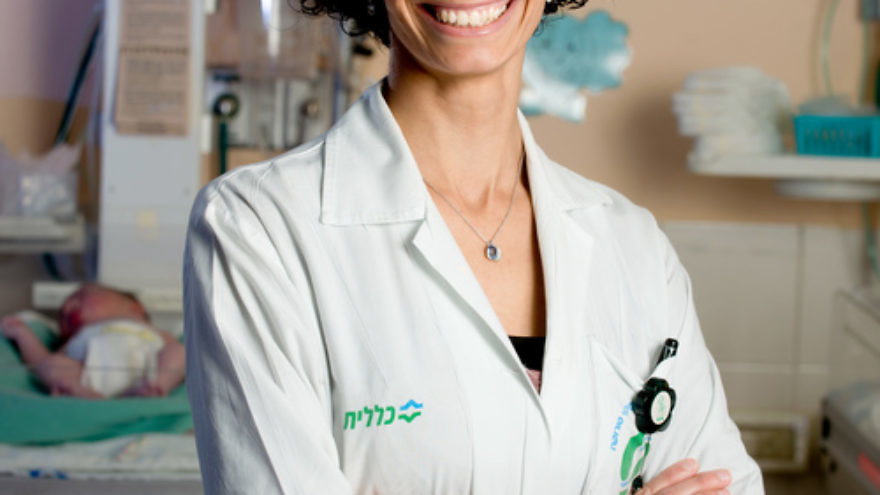 (April 2, 2014 / JNS) “I am certain the world will judge the Jewish state by what it will do with the Arabs,” said Chaim Weizmann, Israel’s first president, in December 1947, just months before the state’s founding.

For anyone who reads the news, Weizmann’s words ring true. Despite the wide array of contributions Israel makes to the world, the media and other forms of public attention inevitably focus on the country’s shortcomings and on the situation faced by its Arab minority.

At the same time, there are programs like the Center for Bedouin Studies and Development at Ben-Gurion University (BGU) that are beginning to change Bedouin lives for the better. When the center was founded in 1997, there were no Bedouin women studying at BGU.

“If you saw a person fall, wouldn’t you help them get up?” asked Robert H. Arnow, who helped found the center and over the years invested significantly in scholarships and support services for Bedouin students, with an emphasis on women. Today, more than 60 percent of the 268 Bedouin students seeking their first degree at BGU are women.

“That’s how I pictured the Bedouin community. Someone needed to help them,” Arnow said.

One of the organization’s greatest successes was the transformation of the hot lunch program in the Bedouin village of Hura from an Israel-run and Jewish-contracted program into one that employs 17 Bedouin women. Daily, the program makes 6,000 hot lunches and runs a professional and immaculate kitchen.

In another instance, AJEEC-NISPED trained a number of Bedouin women from several villages to be photographers, videographers who could record celebrations such as weddings. It also trained hairdressers.

“I think most women want to change. … They want an education, they want opportunities, they want freedom of movement—and slowly, it is happening,” Silver said.

Dr. Rania Okby, the first female Bedouin physician in the world, agrees. Okby represents the convergence of two worlds: ancient Bedouin tradition and modern Israeli society. She was able to graduate in 2004 thanks to the outreach program offered by BGU. But her journey was not without challenges.

During her studies, Okby moved back and forth between her home and the university. “It was the most difficult thing,” she said. “From 8 a.m. to 4 p.m. I was in the Western world and from 4 p.m. until the next day, the traditional world. It creates a lot of conflict.”

Okby recalled feeling immense pressure to succeed, believing that if she failed during her first years of study then perhaps no other Bedouin woman would have the courage to accomplish what she ultimately did.

She chose to go into maternal fetal medicine because she fell in love with the “beautiful cycle of pregnancy to birth” during her first year as a medical student. At BGU, even first-year students get a white lab coat. In this role, however, she has found other benefits, including the ability to influence her society. Okby told JNS.org that she serves as a psychologist, sociologist, counselor, and social worker, and that her Bedouin patients feel comfortable opening up about their marital issues and other concerns because they trust her.

“I have a very important role. When I talk with [my patients], I bring examples from our tradition, and then they listen to me more. For example, if a Jewish doctor says, ‘You shouldn’t have any more children,’ they think she says this because of the demographic threat. When I say it, they think, ‘she really cares about my life and my health,’” said Okby.

Okby noted that the birth rate in the Bedouin community averages six children per woman, and many raise their children too close together to be healthy.

Rafi Rone, Director of Jewish & Israel Initiatives at the Joseph and Harvey Meyerhoff Family Charitable Funds, said there is a strong correlation between having positive role models and success among women. He pointed to a recent study by the National Institute for Women in Trades, Technology and Science, which found that female students who had four to six female professors were more likely to report having an educational or career role model (55.8 percent) compared to those who had only one to three female professors (50.7 percent) or no female professors (46.0 percent). The fields these professors taught in affected the students’ career choices.

“I hear a lot of women saying, ‘I want my girls to become like you.’ They are proud and happy to have me as their doctor,” said Okby, who believes she is representative of a new generation of Bedouin women.

“There is new generation that really wants to move forward,” said Rone, noting that the Meyerhoff fund has made Israeli-Arab access one of its many overseas priorities.

Since change won’t happen overnight, and it needs to come not solely from the outside but also from within, programs like Silver’s and role models like Okby are particularly important, said Rone.

“When you talk about Israel today, you need to talk about Israel as a country and of all of its citizens,” he said. “The stronger Israel is economically and educationally, the better off it will be in the long run. That means creating centers of excellence in education, workforce development and access.”

Jamal Alkirnawi—founder and chairman of the non-profit A New Dawn, whose stated mission is “to promote equality, coexistence and peace among all residents of the Negev”—seconded Rone’s sentiments. He said that as Israel turns 66, it is time to invest in and focus on Bedouin society and education.

“I feel very connected to Israel. I feel responsible for making it a better place,” Alkirnawi said. “We need to invest in stronger connections between Jewish Israelis and Bedouin people, to bring these peoples together. We live in this area, in Israel, together. And we should make it better together.”

Maayan Jaffe is a freelance writer in Overland Park, Kan. Reach her at maayanjaffe@icloud.com.