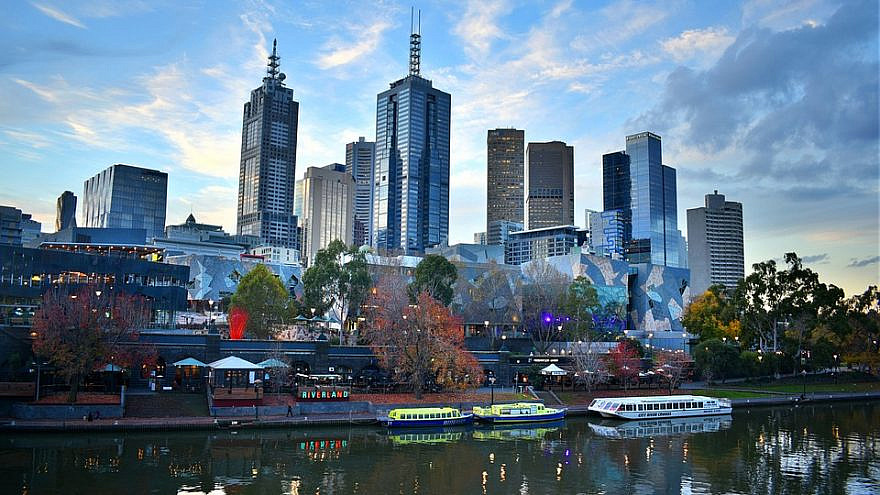 A view of Melbourne, Australia, the capital of the state of Victoria. Credit: Pixabay.
Spread the word.
Help JNS grow!
Share now:

(May 12, 2022 / JNS) The government of Victoria, Australia, introduced a bill into parliament on Wednesday that would ban the public display of Nazi swastikas.

The legislation is expected to pass and would only apply to the Nazi swastika, with exceptions for religious versions of the symbol connected to Hinduism, Buddhism and Jainism, reported Australia’s SBS News.

It will also remain legal to use the symbol for historical, educational and artistic purposes. Swastika memorabilia can also still be sold if the symbol is covered when publicly displayed. The legislation does not cover online use of the hate symbol.

Once passed, Victoria (population 6.6 million) will become the first Australian state or territory to ban the public display of the Nazi swastika. Those violating the law and who do not comply with police orders to remove the swastika could face up to one year in prison and a $22,000 fine, according to SBS News.

According to a report by the Community Security Group, nearly 500 anti-Semitic incidents occurred in Australia in 2021, 30 percent of which took place in Victoria.

The region’s premier, Daniel Andrews, also announced on Wednesday that the Australian state will adopt the International Holocaust Remembrance Alliance’s (IHRA) working definition of anti-Semitism, reported the Australian Jewish publication J-Wire. The announcement was made at an Israel Independence Day event co-hosted by the organizations Zionism Victoria and the Zionist Federation of Australia.

The IHRA definition has already been adopted by Australia’s national government and the Australian state of New South Wales.