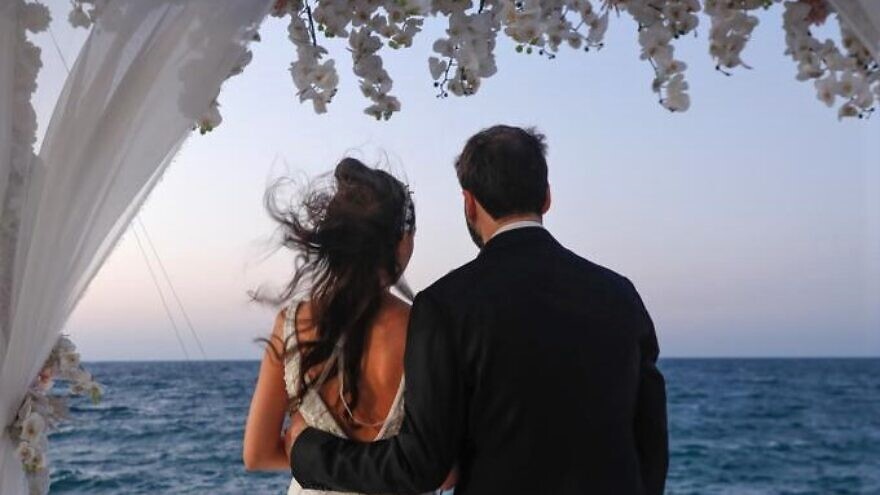 The first Jewish wedding in Bahrain in 52 years took place at the Ritz-Carlton in Manama the weekend of Oct. 8-10, 2021. Credit: Courtesy.
Spread the word.
Help JNS grow!
Share now:

(October 11, 2021 / JNS) The Association of Gulf Jewish Communities (AGJC), the people-to-people network of Jewish communities from the Gulf Cooperation Council (GCC) countries that are developing Jewish life in the region, facilitated the first Jewish wedding in the Kingdom of Bahrain in 52 years this past weekend at the Ritz-Carlton in the capital of Manama.

The event, arranged by the Orthodox Union, was also the first strictly kosher wedding in the kingdom’s history.

“All weddings are exciting events as we celebrate the creation of a new Jewish family. This wedding was even more significant as it was the first Jewish wedding in more than half a century in the GCC’s only indigenous Jewish community,” said AGJC Rabbi Dr. Eli Abadie. “I was honored to officiate the wedding. It is so fulfilling for me to see a resurgence of Jewish life in this region and to assist families throughout the region pray and experience lifecycle events in the GCC.”

The weekend included two additional ceremonies: a Shabbat Chatan, also called an aufruf, where the groom (and sometimes, the couple) is called to the Torah for an aliyah, a blessing; and a henna ceremony for the bride, the latter of which is customary in Sephardic Jewish communities.

The wedding is part of a series of Jewish lifecycle events that the AGJC has facilitated since its inception in February, including a bat mitzvah in Oman and a bar mitzvah in Bahrain.

“This wedding was an important moment for our family, the community here in Bahrain, and more broadly, for the Jewish community in the region,” said AGJC president Ebrahim Dawood Nonoo. “The atmosphere was euphoric as we sat around the chuppah, which symbolizes the new home being built by the couple. It was also symbolic of the opportunity to further grow Jewish life in the region.”

“It is our hope,” added Nonoo, “that we will host more Jewish weddings in the region which will lead to more young couples starting their families here and the further growth of our community.” 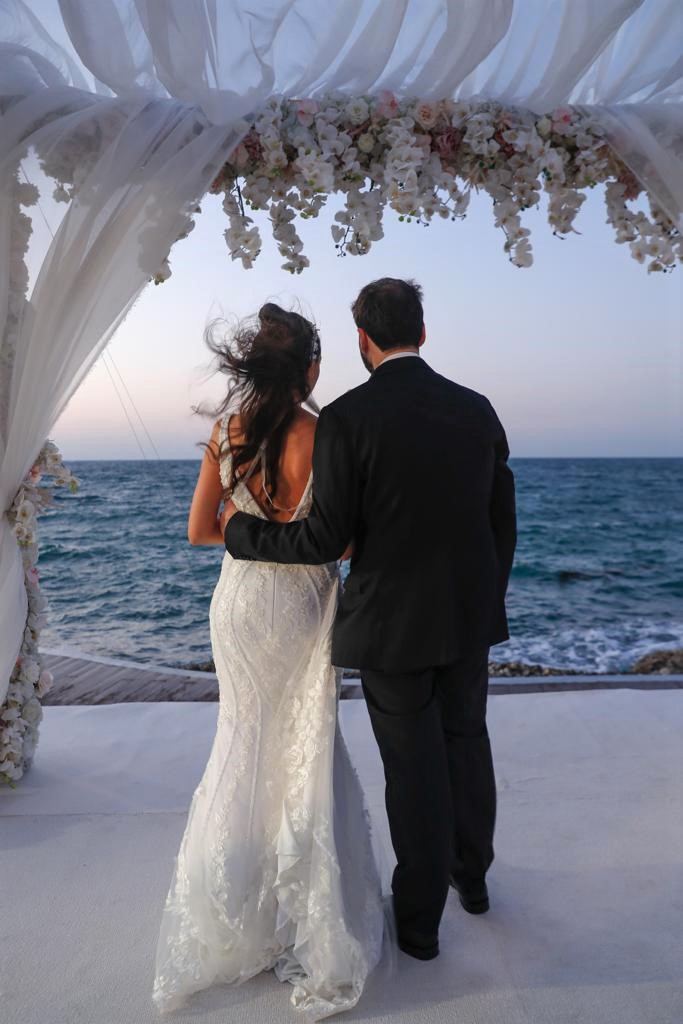 The first Jewish wedding in Bahrain in 52 years took place at the Ritz-Carlton in Manama, October 2021. Credit: Courtesy.
Republish this article in your newspaper or website