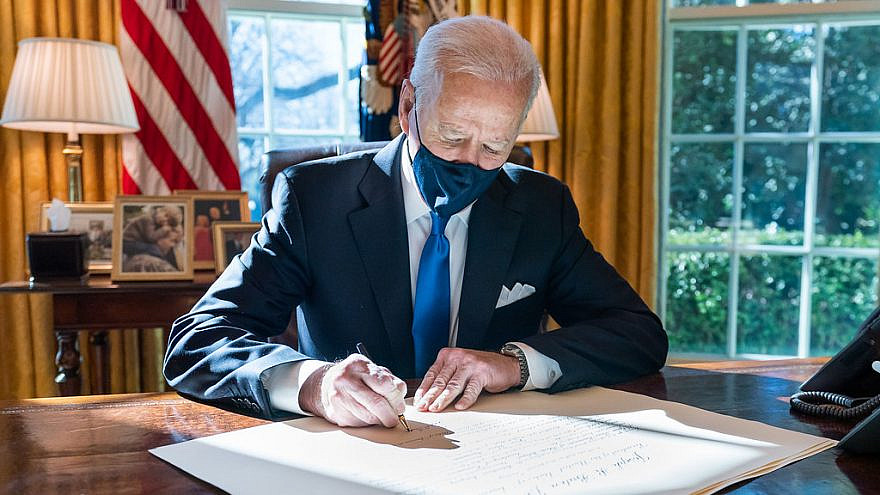 The move was also directed at Phakiso Mochochoko, head of the Jurisdiction, Complementarity and Cooperation Division of the ICC Prosecutor’s Office, said U.S. Secretary of State Antony Blinken in a statement.

Biden had “revoked Executive Order 13928 on ‘Blocking Property of Certain Persons Associated with the ICC,’ ending the threat and imposition of economic sanctions and visa restrictions in connection with the Court,” according to the statement. The U.S. State Department had “also terminated the separate 2019 policy on visa restrictions on certain ICC personnel.”

The above decisions “reflect our assessment that the measures adopted [by the Trump administration] were inappropriate and ineffective,” stated Blinken.

He added that while the Biden administration continues “to disagree strongly with the ICC’s actions relating to the Afghanistan and Palestinian situations,” and maintains its “longstanding objection to the [ICC]’s efforts to assert jurisdiction over personnel of non-states parties, such as the United States and Israel … we believe … that our concerns about these cases would be better addressed through engagement with all stakeholders in the ICC process, rather than through the imposition of sanctions.”

The Trump administration sanctioned Bensouda and Mochochoko on Sept. 2, 2020, for what former Secretary of State Mike Pompeo called “illegitimate attempts” of the court, which he referred to as a “thoroughly broken and corrupt institution,” to subject Americans to its jurisdiction.

Bensouda announced early last month the ICC’s intention to open an investigation into war crimes allegedly committed by Israelis and Palestinians since the summer of 2014.

The announcement was strongly denounced by Israel, which insists that the ICC has no jurisdiction in the matter. In addition, the fact that Bensouda set June 13, 2014, as the starting point for the investigation means that the court will not look into the kidnapping and murder the previous day of three Israeli teens—Eyal Yifrach, Gilad Shaar and Naftali Frenkel—at the hands of Hamas terrorists.

The incident sparked “Operation Protective Edge,” Israel’s war against Hamas in Gaza, which took place from July 8 to Aug. 26 that year.

The Palestinian Authority, which requested the probe into “Israeli war crimes,” welcomed the ICC decision.