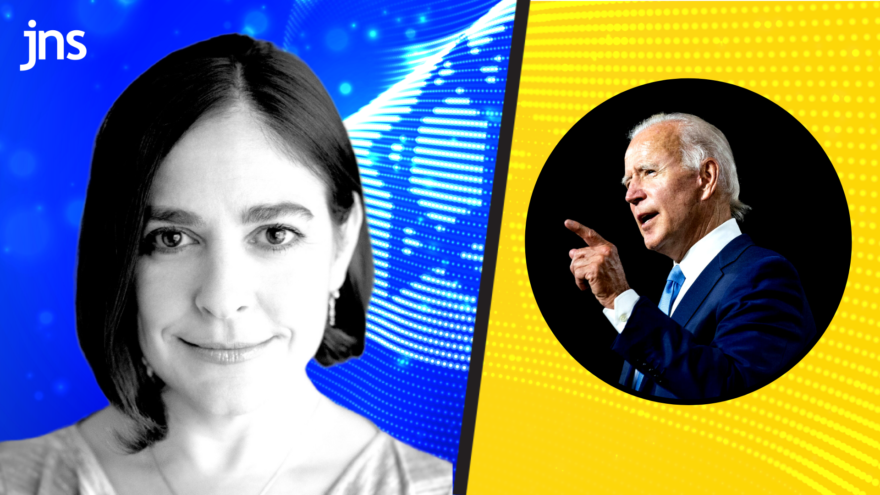 In his July 9 Washington Post op-ed, Biden laid out a position that is contemptuous of both states and their security concerns.

To understand Biden’s policies and the proper way for Israel and Saudi Arabia to handle Biden’s visit, Caroline Glick hosted Tony Badran from the Foundation for Defense of Democracies on the “Mideast News Hour” this week.

Badran believes it was a declaration that the United States is realigning its Middle East policies towards Iran and away from its traditional regional allies, Israel and Saudi Arabia.

“The op-ed is itself a restatement of the realignment thesis, which has been a platform since Barack Obama,” said Badran.

They moved on to a point-by-point analysis of Biden’s policy goals with regard to the Palestinians and the Iranians.

“An increasingly large number of Arab states can’t stand dealing with the Palestinians anymore,” said Badran, citing perceived Palestinian freeloading and their government’s allegiance to Iran. Biden’s op-ed cements his shift to the Palestinian-Iranian side.

Glick and Badran also analyzed the Biden administration-mediated talks between Israel and Lebanon regarding the demarcation of each state’s maritime economic zones in the Eastern Mediterranean. Their conclusion was not simply that the United States is using the talks to put money in Hezbollah’s pockets, at Israel’s expense, but also that Israel’s caretaker Lapid-Gantz government has adopted the administration’s pro-Hezbollah positions.

“I think it’s very important for us to get the full picture, particularly of Lebanon, but more generally of Iran and its tentacles and the Biden administration’s view of it all,” said Glick.

For this and other startling and essential analysis don’t miss this episode, and be sure to share it widely.