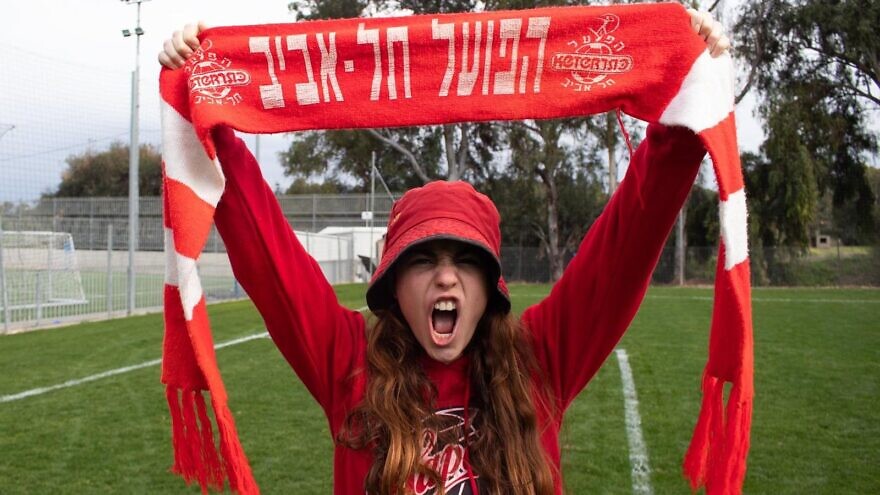 (November 13, 2022 / JNS) Amit Kaminsky, from Tel Aviv, describes herself as a huge soccer fan, a sport which she refers to as “football” as does most of the world outside the United States. Not only does she never miss a game of her beloved Hapoel Tel Aviv Football Club, she plays in a women’s recreational league against other teams from across the country, Kaminsky told JNS.

It is this passion for the game that led Kaminsky and members of her family to buy tickets eight months ago for the 2022 FIFA World Cup in Qatar. The tournament, held once every four years, will be played on Nov. 20-Dec. 18 and marks the first time the event is being held in the Arab world.

“I was never at a World Cup. This is the biggest festival on the planet. I have to be there,” Kaminsky said.

She is most looking forward to seeing her favorite player, Argentina national team captain Lionel Messi, 35, playing in what might be his last World Cup. The forward is one of the best players to ever lace up cleats.

What makes this year’s event unique for Israeli fans traveling to the games is the fact that Israel and Qatar do not maintain diplomatic relations.

Despite that reality, and the fact that Israel’s team failed to qualify for this year’s tournament, between 20,000 and 30,000 Israelis are expected to find their way to the Gulf country for the mega-event.

Qatar and Israel did maintain trade and diplomatic ties beginning in 1996, but Qatar broke those in 2009 in support of the Palestinians as the Israel Defense Forces launched “Operation Cast Lead” in an effort to quell Hamas rocket fire from Gaza.

Fans such as Kaminsky who booked travel arrangements well in advance have been finding creative ways to get to Doha. She plans to cross into Jordan and fly to Qatar via Amman.

For those who still haven’t made arrangements, JNS reported last week that Cyprus’s Tus Airways has received approval to transport fans from Tel Aviv to Doha for the games with a “diplomatic layover” in Larnaca.

On Thursday, FIFA went a step further and released a press release indicating that “Direct charter flights will be temporarily operated between Ben-Gurion Airport in Tel Aviv and Hamad International Airport in Doha by an airline with existing landing rights in Qatar for the duration of the FIFA World Cup,” for both Israeli and Palestinian fans to attend the matches.

The statement said that the arrangement was worked out between FIFA representatives and Israel’s Foreign and Sport ministries. No specifics on the flights or the airline were announced.

Oded Chodorov, chief operating officer of the Tel Aviv-based Diesenhaus BTC travel company, told JNS that he heard about the possibility of direct flights but that nothing has been finalized. His company put together several hundred individualized travel packages for Israeli clients seeking to attend the games.

“There is great demand to attend the World Cup from Israel, but there is a shortage of flights, hotels and tickets to the matches,” he said.

Chodorov said attending the tournament is very costly but that Israeli fans have been finding solutions to save money.

“Some fans are taking cruises to Qatar and sleeping on the ships in lieu of hotels,” he said. “Others are making their way to Dubai and staying there and flying back and forth to Doha every day on flights with special cheap rates.”

Flights from Dubai to Doha take about an hour. 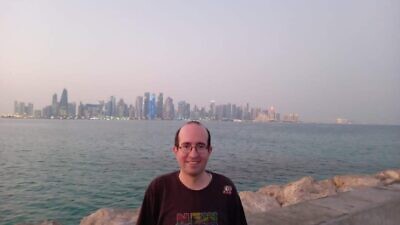 Roy Jankelowitz, head of the international desk and basketball at the Israel Sport website, is covering the games for the entire month. This is his third time covering a soccer tournament in Qatar, he told JNS.

Jankelowitz said that he believes despite higher estimates, around 17,000 Israelis will be traveling to the World Cup—around 10,000 Arabs and 7,000 Jews.

When asked whether he felt safe in Qatar, he replied, “I am not nervous at all.” He said that his interactions in the country were mostly with foreign workers who had roles at the various tournaments, but the Qataris he did meet with were interested in learning about Israel. “Unfortunately, they had a bad perception of Israel, but after we speak, I believe they are able to realize the truth,” he said.

Jankelowitz is excited to cover the World Cup (for a second time), especially since Qatar is such a small country. “It’s amazing that I’ll be able to cover two games a day being played in different parts of the country.” He is making his way to Doha this week via Istanbul.

There were rumors leading up to the games that Qatar might try to ban Israeli fans from attending the event.

However, Yoel Guzansky, a senior researcher at the Institute for National Security Studies (INSS) at Tel Aviv University specializing in Gulf politics and security, told JNS that even without diplomatic ties, “Qatar is obligated by its membership in FIFA and international norms to allow Israelis to participate in the games. If Israel’s team had succeeded in qualifying, they would have had to allow them to participate and the same thing goes for the fans. They cannot prevent them from attending.”

Guzansky added that Doha benefits from hosting Israelis. “Qatar wants to promote an image of tolerance; this is part of the Qatari DNA.” He added, “In addition, 30,000 people buying tickets and booking hotel rooms, it’s beneficial in many ways.”

When asked whether Israelis attending the games might lead to a return to normalization between the countries, Guzansky said, “That’s the million-dollar question.”

He elaborated, “It might promote an opening. Let me remind you, we had normalization with Qatar much before the UAE. And even when the [Israeli] mission in Doha was closed, they continued their relations with Israelis and business with Israelis, and they had a relationship with Israeli vis-à-vis Gaza, donating a lot of money to the Strip.”

As for the diplomatic office that would be opening, Guzansky said it’s more for logistical purposes and to assist the Israeli fans, and it most likely will be shuttered at the conclusion of the World Cup.

The bottom line, Guzansky said, was, “It [Qatar] is not an enemy state per se. It’s a country that challenges Israel, but it’s not like the other countries in the region like Iran, Syria or Libya. It’s in the middle. In terms of a move towards normalization, they are looking for an improvement in Israeli-Palestinian ties, but I don’t think that’s possible right now with our current government and leadership.”

Chodorov believes there is a possibility of a move towards the reestablishment of ties through sports. “I hope that these games will lead to normalization,” he said. “In places like Qatar, where Israelis could not go before, with a massive number of Israelis and Qataris meeting each other and realizing that we are all just people, we can get beyond politics.”

He added, “You can’t turn the wheel back on the normalization between Israel and Emiratis; the same potential exists with the Qataris. Hopefully it will happen once both sides are exposed to each other.”