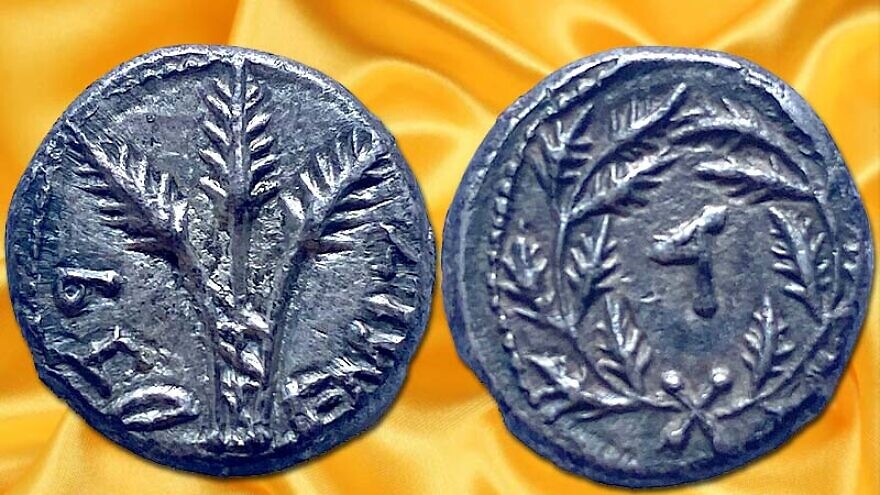 (September 13, 2022 / JNS) An extremely rare Judean quarter-shekel coin, minted by Jewish rebels fighting the Roman empire some 2,000 years ago, was returned to the State of Israel in an official ceremony in New York on Monday, according to the Israel Antiquities Authority.

The minting of silver coins by the leaders of the Great Revolt was a declaration of independence by the Jews in the land of Israel, and a proclamation against the vast empire that they faced, according to the IAA.

“This singular artifact is a stark reminder of the Jewish people’s millennia-old connection to the land of Israel. We thank the IAA, HSI, and the DA’s office for restoring this priceless coin to its rightful home,” said Erdan, according to a statement from the Manhattan D.A.’s office.

“This event is especially important to me because the Palestinians are working at the U.N. to hide the history of our people and erase our connection to the Land of Israel. But no matter how many lies are spread, the truth cannot be erased, and the truth is laid out here this evening for all to see. This coin is evidence of the eternal bond between the Jewish people and the Land of Israel, and as Israel’s Ambassador to the United Nations, I can also utilize it in my mission to fight the lies of our enemies,” he added, according to the IAA.

The IAA learned in 2002 that the coin had been looted from Israel’s Ella Valley, and spent the next two decades tracking it down, according to the Manhattan D.A.’s office. The coin was eventually smuggled out of Israel through Jordan and into the United Kingdom, where false papers were prepared to export it to the United States. It was offered for sale in an auction scheduled for 2017.

The coin was seized at this point by HSI Denver, and the investigation was taken over by the Manhattan D.A.’s Antiquities Trafficking Unit (ATU) in 2022. According to the D.A.’s office, the investigation, which lasted several months, involved informants in five different countries.