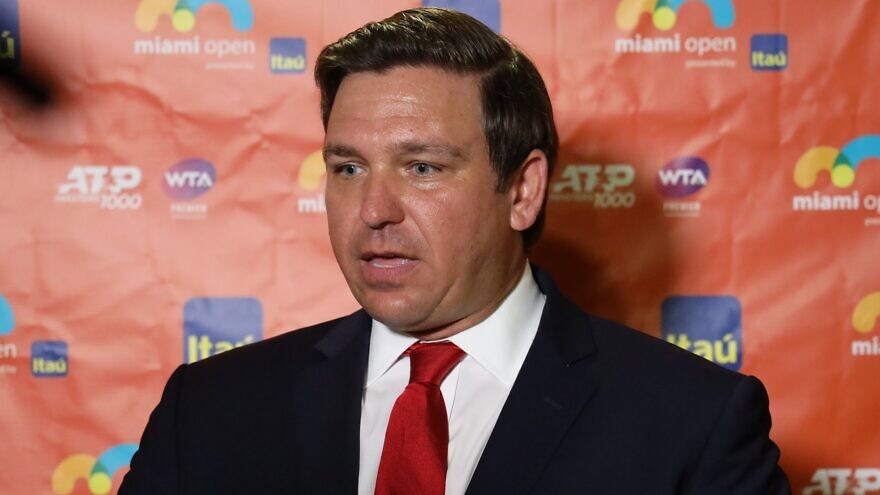 (May 10, 2022 / JNS) Two leading Jewish conservatives blasted New York City’s Museum of Jewish Heritage–A Living Memorial to the Holocaust in a Wall Street Journal op-ed on May 6, claiming that museum staff told them they could not hold an event there if Florida Gov. Ron DeSantis was invited to speak.

The op-ed, titled “Persona Non Grata at a Holocaust Memorial,” was authored by former U.S. Deputy National Security Advisor Elliott Abrams, along with Eric Cohen. They serve as the chairman and CEO, respectively, of the Tikvah Fund, a conservative Jewish think tank that wanted to host its annual Jewish Leadership Conference at the museum.

DeSantis, widely seen as a viable candidate for U.S. president and a staunch ally of Israel, is a conservative favorite and a lightning rod for criticism from liberals for any number of political positions he’s taken.

“We agreed on a date for the event, and it was almost accidental that the museum saw the list of speakers. They needed to see the run of show, if you will, for audio-visual reasons—what would be needed when. And that’s when some of the staff saw the full list of speakers and told us that DeSantis was unacceptable and could not enter the building. He’s unacceptable because ‘we don’t do politics,’ they said,” Abrams told JNS, stressing that the Tikvah Fund sought to rent a hall at the museum, as may other organizations do, and that the conference was never billed as an official museum event.

He continued, explaining that “our initial assumption was that this decision was coming from one employee who may have had that view, but surely, the CEO and the board of the museum would not share that view. So, Eric Cohen spoke to the CEO, and he said it’s not just his view but the view of the museum. We made a series of arguments to him, and he said he would consult, and I think he did take it upstairs.”

“He didn’t make this decision on his own. He came back to us and said the decision stands,” said Abrams.

Museum president and CEO Jack Kliger did not respond to multiple requests by JNS for comment. The Museum of Jewish Heritage issued a statement on Friday that seemed to split hairs.

“Today, we responded to a factually inaccurate opinion piece in The Wall Street Journal about a proposed rental event. Let us be clear: No one was banned or canceled. No contract with the Tikvah Fund was ever signed for this rental event to be held at the museum, and no deposit was ever made. This is not a free-speech or censorship issue. The Tikvah Fund is trying to create a fight where none exists. This was simply a contractual and logistical decision. We welcome Governor DeSantis and elected officials from across the spectrum to visit the Museum of Jewish Heritage–A Living Memorial to the Holocaust for a tour of our new exhibition, ‘The Holocaust: What Hate Can Do,’ when it opens this summer,” read the statement.

Still, the statement didn’t address the crux of the Tikvah Fund’s complaint and appeared to be an attempt to turn the dispute into a contractual one. It also did not state that DeSantis was welcome to speak at the museum but rather to visit it. The New York Jewish Week reported that it had obtained a copy of the contract between the Tikvah Fund and the museum, and Cohen said he signed it. The contract reportedly states that museum facilities cannot be used for advancing a particular religious doctrine, political fundraising or activity that is advocating for a political candidate, group or ideology.

‘We hope that this is all a misunderstanding’

The museum’s stance also conflicts with the fact that progressive Rep. Alexandria Ocasio-Cortez (D-N.Y.), a frequent critic of Israel, spoke at an event at the museum in 2018 during her run for the House. Senate Majority Leader Chuck Schumer, New York Gov. Andrew Cuomo and former New York Mayor Bill de Blasio—all Democrats—have also spoken at various events held at the museum.

“A Jewish museum that has permitted [Ocasio-Cortez] to speak during her campaign for election is stating falsehoods when it says DeSantis can’t speak because ‘we don’t do politics,’ ” said Abrams.

After arguing the contradiction to Kliger, Abrams told JNS: “There’s been no response. We’re left to make any assumptions why Gov. DeSantis is not permitted to speak. We all have the same guesses. It was not explained beyond the falsehood that they don’t have political figures speaking there,” he said. “This is the governor of the state with the third-largest Jewish population in the country, and he’s not able to speak at this museum. It’s beyond belief.”

A spokesperson for DeSantis told JNS that his office was unaware of the controversy until reading about it in the newspaper.

“The WSJ op-ed by the Tikvah leaders was the first I had heard about this, and by the way, it is an outstanding and brave op-ed! I would only add the comment that Gov. DeSantis has always been a steadfast friend of the Jewish people and the State of Israel. As Mr. Abrams and Mr. Cohen write in WSJ, ‘A remarkable Jewish renaissance is underway in Florida’ under Gov. DeSantis’ leadership, because he has enacted policies that help Florida’s Jewish community thrive,” spokesperson Christina Pushaw told JNS. “We hope that this is all a misunderstanding and [that] the museum leadership will rectify the situation because a Holocaust memorial should never be politicized.”

Republican New York City Councilwoman Inna Vernikov, the council’s minority whip and a member of the Jewish Caucus—and one of just a handful of Republican city legislators—co-authored a scathing letter to Kliger, saying she had pushed for museum funding and allocated money from her discretionary pot. She warned that if the museum didn’t reverse course, she would discontinue her financial support and encourage others to do so as well.

“The lessons of the Holocaust are innumerable, but one of the most critical ones is this: Intolerance in any form breeds hostility, suppression, and ultimately, discrimination,” she wrote, together with City Council Minority Leader Joe Borelli. “For a museum that aims to educate against these exact evils, I urge a swift reconsideration of the intolerant practice of banning a Republican governor for simply holding differing viewpoints.”

On Sunday, she did just that. She removed $5,000 in funding that was designated for the museum, as reported in the New York Post. 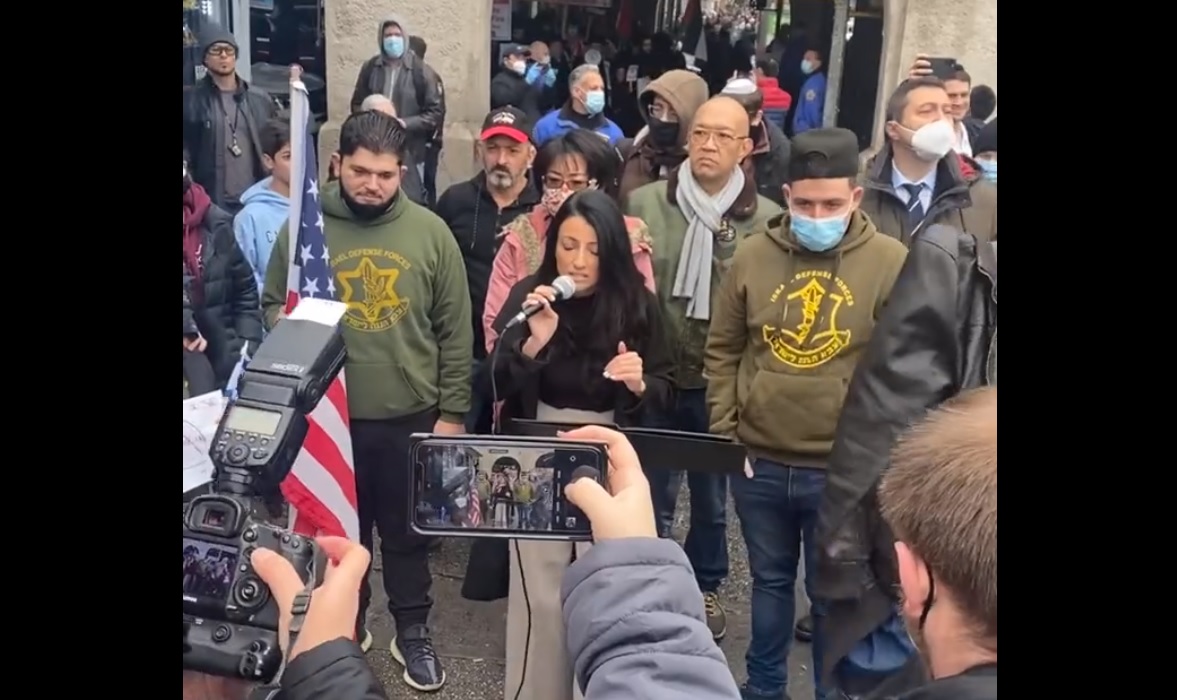 ‘They should understand the ramifications of their actions’

The museum’s decision could have broader financial implications. Heshy Seif, who sits on the boards of several Jewish organizations that might normally rent space at the museum for events, said he will now encourage them to choose another location.

“It’s my opinion that Jewish groups/yeshivot should not use the museum for their dinners in the future. I would urge any organization that I support to withhold support for the museum. They, of all institutions, should understand the ramifications of their actions,” he wrote to JNS.

The Coalition for Jewish Values (CJV), a collective of politically conservative rabbis, said it “castigated” the museum for its decision.

“Long before progressives started to use the term ‘woke,’ leftists in the Jewish community adopted tikkun olam, ‘fixing the world,’ ripping it entirely out of context as a synonym for so-called ‘social justice,’ ” said Rabbi Avrohom Gordimer, chair of CJV’s Rabbinic Circle. “Inverting the meaning of ‘inclusivity’ to demonize and exclude is another example of that same abuse of language. The Jewish heritage is one of free and open discourse, and holding ideas up to the light of critical examination. We should expect better from an institution called the Museum of Jewish Heritage.”