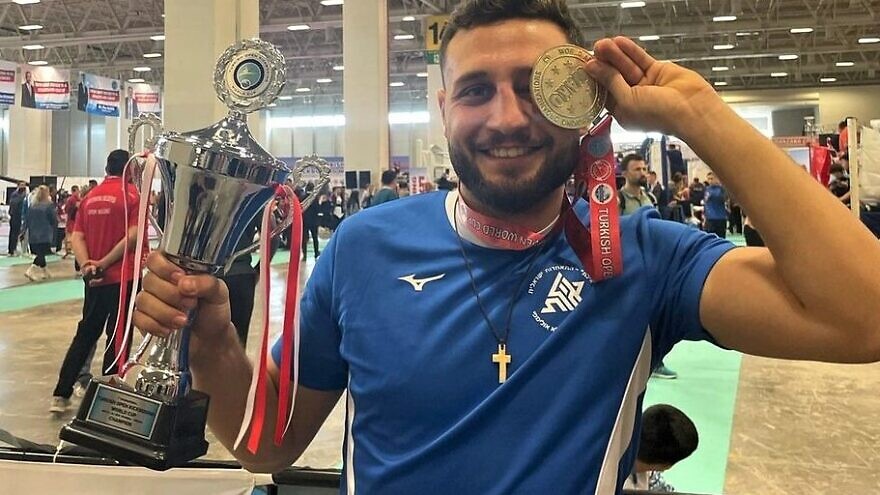 Sakas told Israel’s Channel 12 that he hopes to encourage coexistence by representing Israel in international competitions. “I’m first and foremost an Israeli citizen,” said Sakas. “I do not care about Judaism, Islam, Christianity or Druze. I represent the country and want everyone here to live in peace with each other.”

Speaking about his decision to hold up Israel’s flag following his victory, he explained: “I expect every Israeli citizen to wave the Israeli flag. I do not try to rile up people or anything like that. I wave the flag because I am an Israeli citizen.”

The Israeli athlete acknowledged receiving some criticism from Arab residents in his hometown of Kafr Yasif for representing Israel on the world stage but said “I also get a lot of support from a lot of people for what I do, and I concentrate on that,” according to The Times of Israel.

“People can think what they want; I am Israeli,” he noted. “If I walk down the street and I see someone attacking a Jew, I will protect him.”

To qualify for the finals, Sakas had to win a match against a Moroccan athlete, which he did. His opponent, however, refused to shake his hand at the end of the fight. Sakas noted that during the World Cup, the Moroccan delegation and its entourage “shouted at us all sorts of things during the fight and made a small demonstration, but, of course, I did not react to it.”