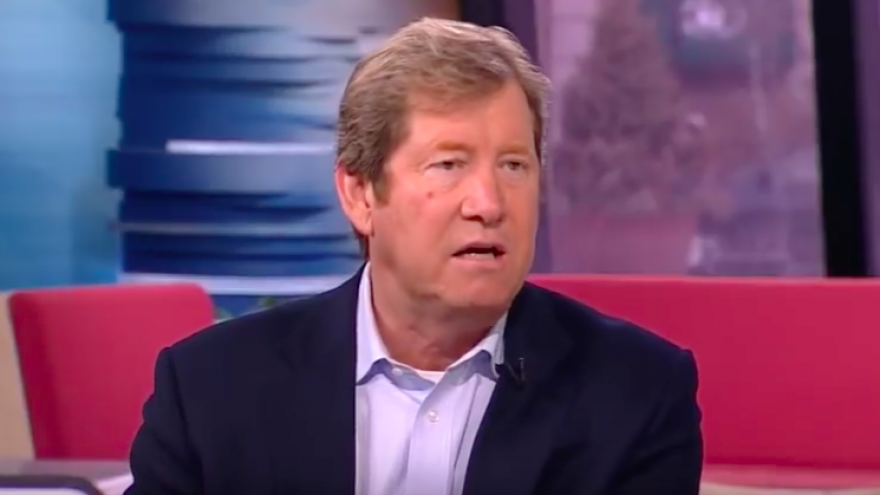 These comments resurfaced in a CNN report published on Friday.

“You’ve got a number of dual citizens, by the way—citizens of Israel and citizens of the United States serving in government,” said Lewis in a February 2013 radio show. “In any other country that might be seen as a problem, but it’s not here because of that special relationship.”

“[Former U.S. Ambassador to the United Nations] John Bolton’s a dual citizen, for instance, of Israel and America,” added Lewis. “There’s no question that there are a number in—during the Bush years—there were a number of dual citizens, citizens of Israel, citizens of America who were making policy.”

Bolton isn’t Jewish nor does he hold Israeli citizenship.

Lewis’s comments were made during the confirmation process of former Nebraska Sen. Chuck Hagel for U.S. Secretary of Defense. Hagel faced opposition by some in the pro-Israel community when he was nominated to the position under U.S. President Barack Obama in 2013 and confirmed by the Senate following a filibuster by Republicans.

When asked by CNN about his comments, Lewis blamed “pawns in the partisan media,” and labeled the scrutiny as “pathetic” and part of a “worn-out playbook of attacking my 25-year career as a political commentator, which naturally meant asking rhetorical questions, challenging audiences, playing devil’s advocate and seeing both sides of every issue.”

He added that “as my voting record clearly demonstrates, these are not my views about American support for Israel, period.”

Lewis served in Congress from 2017 until 2019, losing re-election in November 2018 to Angie Craig. He is running to unseat incumbent Sen. Tina Smith (D-Minn.) next year. Smith won the special election in 2018 to finish the term of Sen. Al Franken (D-Minn.), who resigned after allegations of sexual impropriety were made against him.

“Republican Senate candidate Jason Lewis’ vile anti-Semitic remarks must be condemned by every decent American,” said organization president and CEO Mark Mellman. “The U.S. House of Representatives declared in a 407-to-23 vote that accusations of dual loyalty, like those made by candidate Lewis, are anti-Semitic.”

That House resolution, which also condemned other forms of bigotry and didn’t call out Rep. Ilhan Omar (D-Minn.) by name, was passed in March.

The measure was in response to Omar accusing her “Jewish colleagues” for attacking her and Rep. Rashida Tlaib (D-Mich.) for labeling every criticism of theirs as anti-Israel because of the faith of the two congresswomen, in addition to slamming her critics regarding “the political influence in this country that says it is OK to push for allegiance to a foreign country.”

“Lewis’s statements take already anti-Semitic allegations of dual loyalty to new extremes by wrongly claiming that John Bolton and other U.S. officials were actually ‘dual citizens’ of Israel and the United States,” said Mellman. “Lewis’s claim that the ‘Jewish Lobby’ controls the GOP through ‘money’ is both factually false and morally reprehensible.”

“What @LewisForMN said about the Jewish community and their role in U.S. policy as a ‘shock jock’ was indeed shocking. It is unacceptable and indefensible, and even if meant to be provocative to his listeners, it has no place in our discourse,” tweeted Republican Jewish Coalition executive director Matt Brooks. “In judging @LewisForMN, one must also look at his time in Cong after his radio career. During his tenure, he had an outstanding record of support for Israel and always stood with the Jewish community. He deserves credit for his support and rebuke for his shock jock comments.”

In judging @LewisForMN one must also look at his time in Cong after his radio career. During his tenure he had an outstanding record of support for Israel and always stood with the Jewish community. He deserves credit for his support and rebuke for his shock jock comments. 2/2

Jewish Democratic Council of America executive director Halie Soifer tweeted that Brooks’s response “reminds me of your defense of @realDonaldTrump. Israel shouldn’t be used as a shield to defend hatred and anti-Semitism. Silence might have been better than equivocation. Shabbat Shalom.”

Just saw your equivocal “rebuke” of his anti-Semitic statements, @mbrooksrjc, and reminds me of your defense of @realDonaldTrump. Israel shouldn’t be used as a shield to defend hatred and anti-Semitism. Silence might have been better than equivocation. Shabbat Shalom.