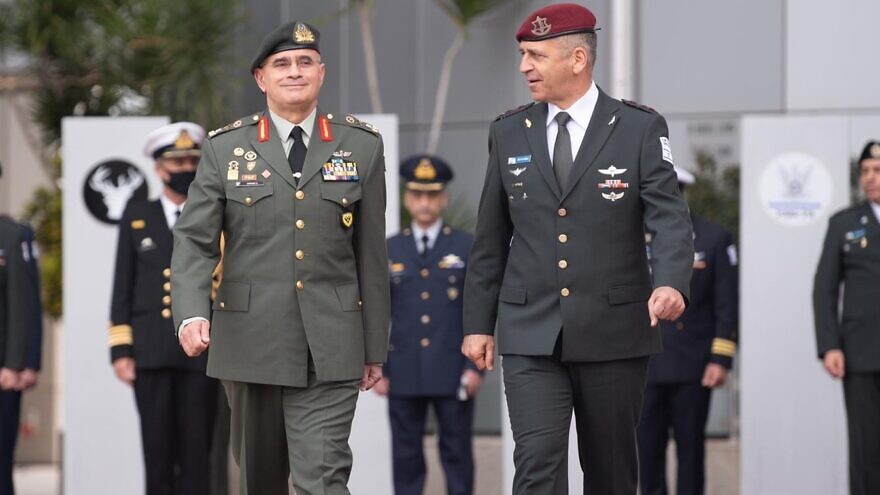 (March 9, 2022 / JNS) The head of Cyprus’s military touched down in Israel on Monday, kicking off his first official visit to the country, the Israel Defense Forces announced on Tuesday.

Lt. Gen. Demokritos Zervakis was received by an IDF honor guard, after which he participated in a “strategic-operational” meeting focusing on “shared security challenges in the Middle East,” according to the Israeli military.

“During his visit to Israel, the general will receive a briefing at the northern border and will visit an Iron Dome air-defense system battery,” the IDF said in a statement.

Last month, Maj. Gen. Kalman met with his counterparts from Greece and Cyprus in an important trilateral meeting. Kalman traveled to Athens, Greece, for  “a series of strategic and operational briefings as well as a professional panel to discuss opportunities for expanding military cooperation to other sectors,”  the IDF said at the time.