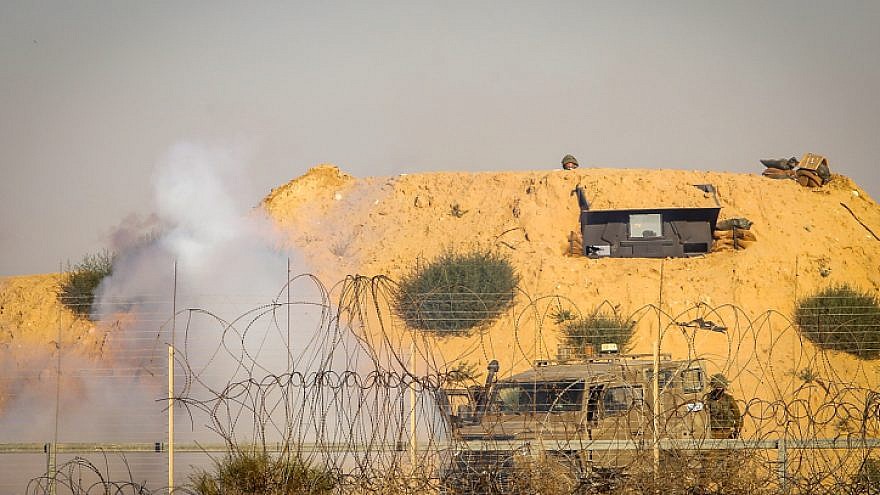 (August 9, 2020 / JNS) Israel Defense Forces troops came under fire from the Gaza Strip on Sunday as they evacuated Israeli civilians contractors working on the security barrier along the border.

No casualties were reported during the incident.

Work was stopped at the border fence after the IDF received reports that the workers there had come under fire, the military said in a statement. According to the military, smoke rounds were launched to give the workers cover and an IDF force was dispatched to the area. When the troops arrived, they were also fired upon, said the statment.

The attack comes amid heightened tensions along the Israel-Gaza border, with balloons containing suspected explosives and incendiary devices launched into southern Israel on Thursday. The IDF responded by targeting “underground infrastructure belonging to the Hamas terror group in the northern Gaza Strip.”

“The State of Israel won’t accept any violation of its sovereignty or harm to residents of the south,” Israeli Defense Minister Benny Gantz tweeted on Thursday. “If the terror organizations still don’t understand, whoever tests Israel will be hit hard.”