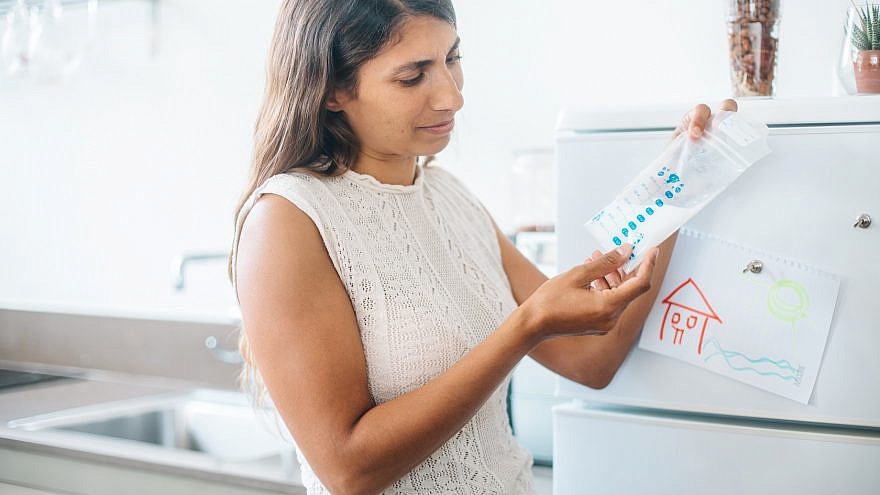 (January 19, 2021 / JNS) Mastercard’s Index of Women Entrepreneurs announced last month that Israel is ranked as the best country for female entrepreneurs in 2020, rising from fourth place in 2019, with the United States, Switzerland and New Zealand trailing the Jewish state. According to Mastercard, Israel jumped to first place this year due to its increase in support for small- and medium-sized businesses. The company also noted that women have been disproportionality impacted by the coronavirus pandemic with 87 percent of female business owners saying that they have been negatively affected.

Drs. Avital Beck and Hadas Shatz-Azouly—scientists, mothers, entrepreneurs and founders of an Israeli startup—understand firsthand the challenges of owning a business while raising six and five children, respectively, and further stress the importance of their product given the unusual demands placed on women during this time.

Their company, MilkStrip, is a biotech and wellness company that provides real-time breast-milk decision support at home, informing new mothers about the freshness and nutrition of human milk. As fellow doctors and mothers, they saw the need for immediate breast-milk results firsthand themselves and among their friends, and so they developed their expiration and Vitamin C diagnostic kits to “bring decision support to mothers in a time of great uncertainty.”

They note that modern mothers are empowered with vast general knowledge at their fingertips. However, when it comes to science and their baby’s health, there are many unanswered questions—for example, doubts about their breast milk that could not be answered by existing kits that needed to be sent to a lab, with results only after 10 days.

“You can test the water of your aquarium, but until now, issues that concern mothers are not always addressed,” Shatz-Azouly told JNS. “We still live in a world that addresses men, so we established this company to give answers to women that they cannot get elsewhere.”

“When you have a crying baby, you want your answers now, not in 10 days,” Beck told JNS. “Because we can detect anything today, the idea is to empower women. Because of lifestyles changes, women pump more, and there are ways to optimize breast milk, induce immunity, cause better sleep and higher cognition,” she said.

The aim of MilkStrip’s diagnostic kits and reports is to help ensure that children are getting optimal sustenance and nutrition, in addition to empowering mothers with the results from the reports.

For women who pump and store their milk, Shatz-Azouly maintained, the kit determines whether the milk has expired or whether it can be safely given to a child, which “can be a big confusion and doubt for those giving milk to a baby, whether it is a mother, father, nanny, etc.” 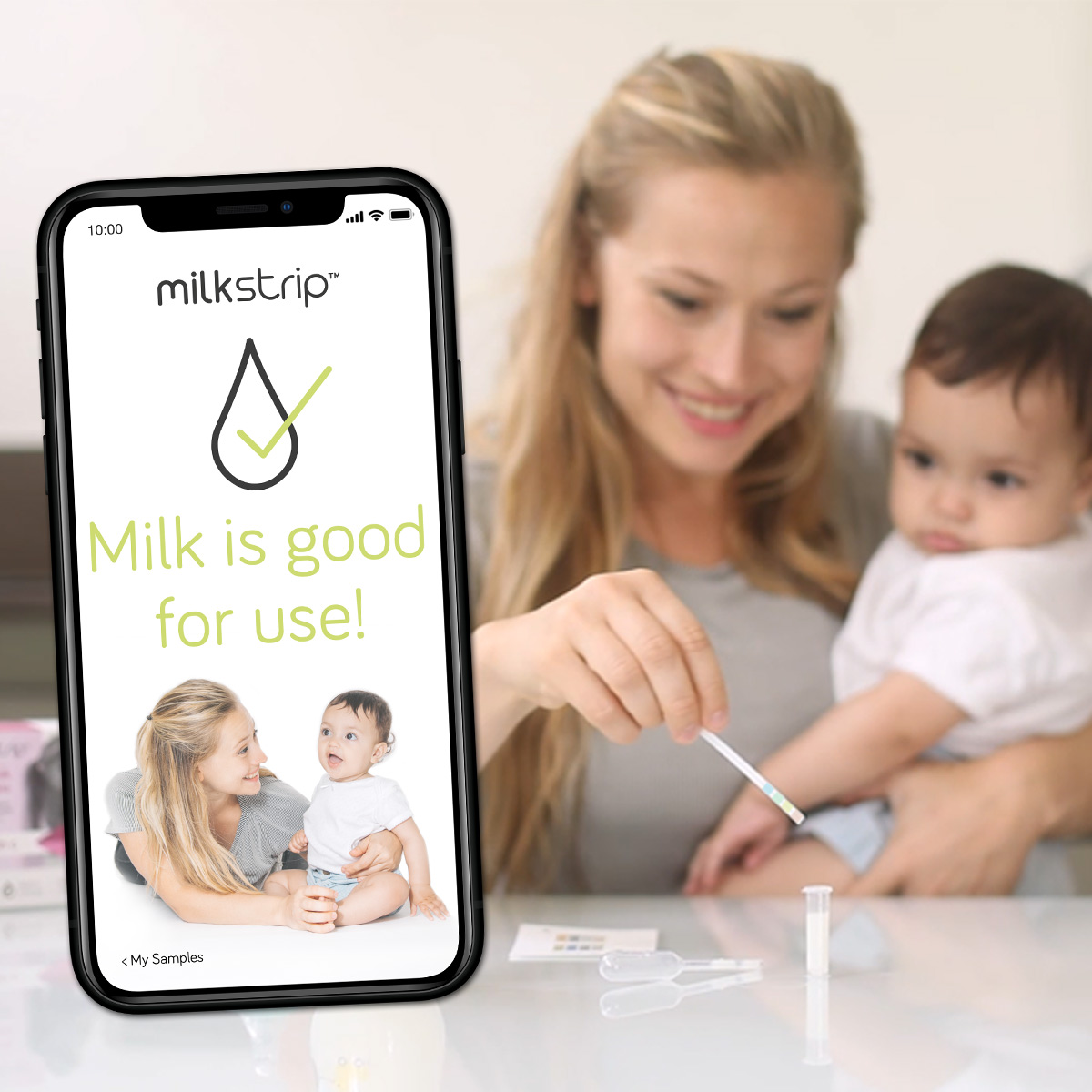 The aim of MilkStrip’s diagnostic kits and reports is to help ensure that children are getting optimal sustenance and nutrition, in addition to empowering mothers with the results from the reports. Credit: Courtesy.

“Almost half of all women have doubted their breast milk at times, and 60 percent have thrown away pumped breast milk,” she added.

In just three minutes, the app analyzes the Vitamin C content of milk, which is crucial for the immune development of babies. “People are especially worried about this during the coronavirus,” she related. If Vitamin C is low, the kit will offer suggestions, such as adding certain supplements or eating certain fruits or vegetables before pumping or breastfeeding.

During the pandemic, she emphasized, “people are staying at home more and make milk stashes that they will have waiting in their freezer for longer. Before, they would pump and then go to work, and use the milk later. But now, they give the milk in two to three weeks because they go out less, so the question is even more important.”

“We thought that fewer people would use breast pumps during coronavirus, but the purchase of breast pumps went up because you don’t want a baby attached to you all the time, and many women are also busy with other kids,” said Beck, who noted that their web traffic has significantly increased recently.

‘Technology and innovations that can enrich lives’

MilkStrip officially launched in the United Kingdom and the United States a month-and-a-half ago, with clinical trials beginning in Israel, where the entrepreneurs noted that birth rates are especially high.

“Israel is unique; our population is highly educated with a huge percentage earning multiple degrees compared to other countries. On the other hand, while most of the Western world is decreasing in the number of children per family, Israel shows the opposite trend—even in the general population, not including religious Muslims and Jews. So while women have many children, they are also educated and have careers,” said Shatz-Azouly. 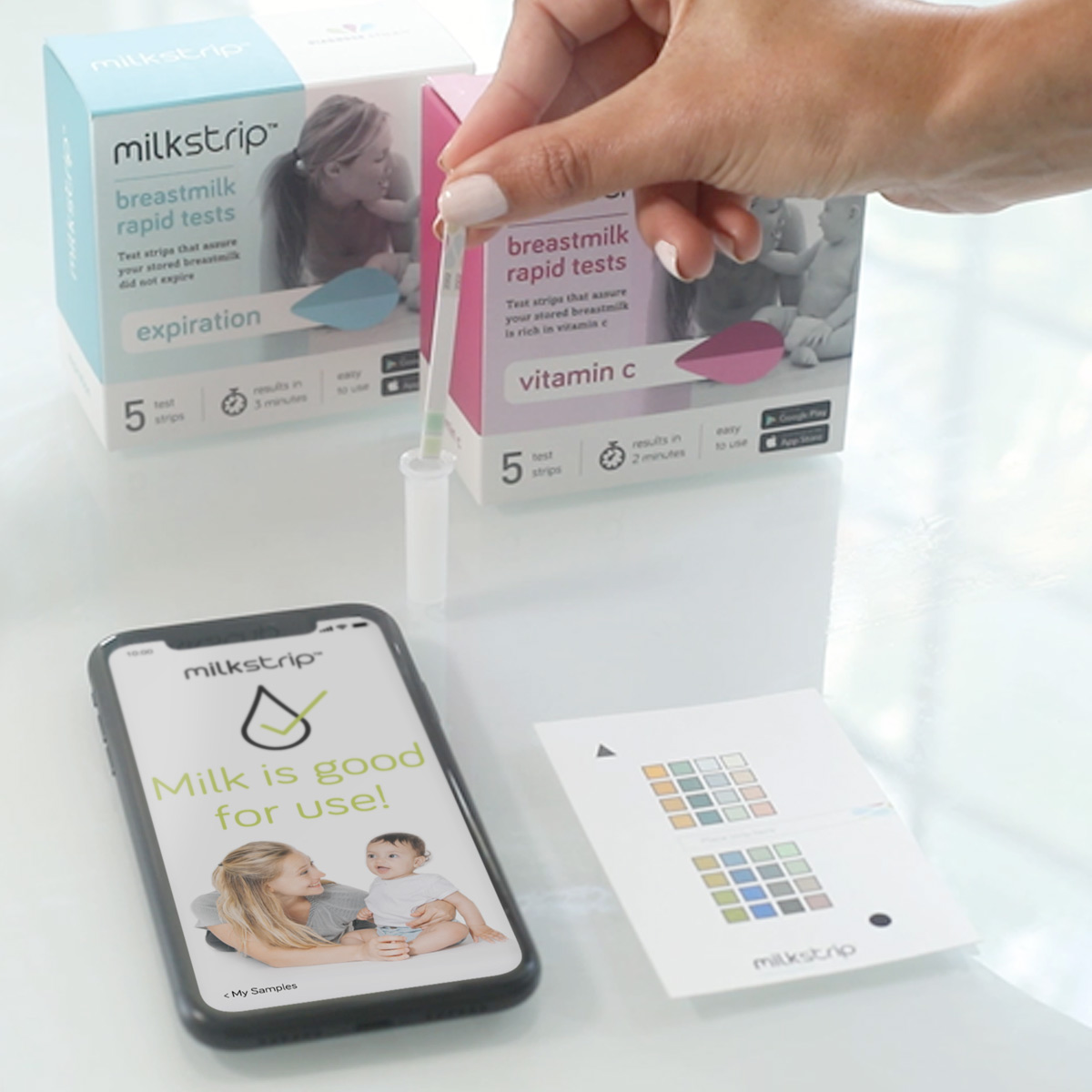 MilkStrip officially launched in the United Kingdom and the United States a month-and-a-half ago, with clinical trials beginning in Israel, where the entrepreneurs noted that birth rates are especially high. Credit: Courtesy.

Beck, who came from a family of four, recalled her mother being asked the funny question by a non-Israeli, about whether she cooks or she works. “We laughed because we know in Israel that women juggle it all, and because of that, there is a certain tolerance within Israel for families—and that juggling also inspires technology and new innovations that can enrich our lives.”

Though it is less common to see female entrepreneurs with large families, Beck and Shatz-Azouly expressed pride in being role models for Israeli society. “It’s not easy. It’s a matter of being efficient with your time,” maintained Beck.

Despite Israel being “female-friendly” and many mothers having careers, agreed Shatz-Azouly, “it is still very hard for female entrepreneurs and it is a daily struggle, but we are part of the solution. Being [in the entrepreneurial space] makes business community address us. We are paving a path for our daughters, showing them that what they can do.”

“On a personal note,” she continued, “when I finished my Ph.D., I had a choice—to work for a pharmaceutical company or establish this firm, and it was not an easy choice. It has a price on my time, family and stress. But the reason we did it is because Avital and I felt we can make a difference and bring change.”

“When you have this entrepreneurial bug, you can’t get rid of it,” agreed Beck. “You go full force—think about it all the time—and it has advantages and disadvantages. You make change from an idea, make an idea into a product and wear many hats. It’s like a roller coaster, with ups and downs and in the long run. It’s fun, inspiring and makes you feel satisfied, like you’ve broken a [glass] ceiling.”