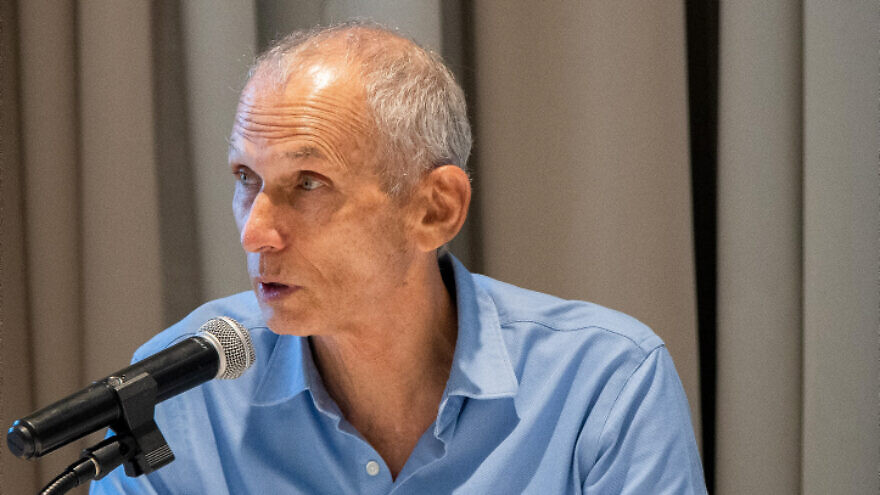 (May 3, 2022 / JNS) Israel’s public security minister inadvertently disclosed classified information on Tuesday during an interview ahead of Yom Hazikaron, Israel’s Memorial Day for Fallen Soldiers and Victims of Terrorism.

In response to a question regarding casualties that had occurred under his command, Public Security Minister Omer Barlev revealed to Kan Bet that a member of the elite unit he had commanded at the time had been killed during an operation in Syria in 1984.

“[St. Sgt.] Barak Sharabi was killed under my command, when I was commander of Sayeret Matkal, deep inside Syria,” said Barlev.

Following the comments, the Israel Defense Forces censor allowed the information about the location of Sharabi’s death to be published, Maariv said in a report.

The gaffe was not the only one made during the interview by the minister, who also claimed that in the past month, no Israelis had been murdered in terrorist attacks.

Four Israelis were murdered in terror attacks in April. According to Maariv, Barlev’s office later released a statement saying that “he was wrong, and he regrets this.”

On March 23, Barlev sparked an uproar during the funeral of Doris Yahbas, an Israeli woman who was murdered by a terrorist in Beersheva on March 22, when he vowed to apprehend the killer, who had been killed during the attack.

“We will not keep quiet until this criminal and terrorist is taken to prison and tried according to the law. We will not keep quiet until we eradicate terrorism,” said the minister. Funeral attendees pointed out to Barlev that the terrorist, Muhammad Abu Al-Kiyan, from the Bedouin town of Houra and a known supporter of ISIS, had been shot dead by civilians during the attack.