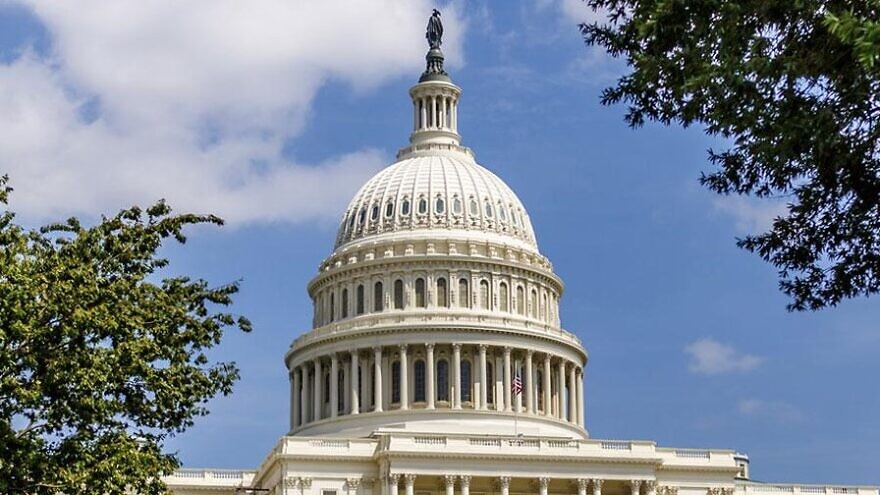 (September 2, 2022 / JNS) A bipartisan group of members of the U.S. House of Representatives is calling for the Biden administration to consult Congress on a potential agreement to re-enter the Joint Comprehensive Plan of Action (JCPOA) with Iran, expressing concerns over reported sanctions relief and the role of Russia.

The letter expressed the legislators’ concerns with reported provisions of an agreement.

According to a news release, the House members were concerned with the weakening of effective terrorism-related sanctions on the Islamic Revolutionary Guard Corps (IRGC) and allowing Russia to have a role in Iran’s nuclear capabilities.

The letter listed the numerous terrorist organizations directly or indirectly supported by the IRGC in the Middle East involved in malign activities against the United States and its allies. The groups include Hezbollah, Hamas, Houthis in Yemen, Palestinian Islamic Jihad and Shi’ite militias in Iraq who were responsible for the military bases of the United States and its allies in the region.

“Strengthened with an estimated one trillion dollars in sanctions relief over a decade, Iran and the IRGC would be an enormous danger to Americans at home and abroad, and to our allies. Additionally, it has been reported that under this proposed deal, Russia will be the de facto judge of compliance and the keeper of Iran’s enriched uranium, without any oversight mechanisms by the United States or our European partners,” wrote the letter’s authors.

While the letter commended the administration for refusing Iran’s demand to remove the IRGC from the list of Foreign Terrorist Organizations, the members believed the proposed sanctions relief in the deal would dilute the effectiveness of the sanctions against the organization.

The letter also urged the administration to not permit Russia to be the recipient of Iran’s enriched uranium or give it the right to conduct nuclear work in Iran as Russia currently has a $10 billion contract with Iran to expand Iran’s nuclear infrastructure.

“We should not let war criminal Vladimir Putin be the guarantor of the deal or the keeper of massive amounts of Iran’s enriched uranium,” the letter stated. “Iran supports the illegal war in Ukraine and has been supplying Russia with drones used to kill Ukrainians.”

According to the letter, Iran has offered to help Russia evade sanctions, and both countries have recently collaborated with China to increase diplomatic, economic and defense cooperation.

The letter asked Biden to provide Congress with the full text of any proposal to rejoin the deal but stopped short of calling for a vote from Congress in accordance with the Iran Nuclear Agreement Review Act of 2015, which prevents the president from suspending sanctions on Iran that were passed by Congress before it is given a chance to vote on the agreement.

Concluded the letter: “We urge you not to return to any deal with Iran prior to releasing the full text of the agreement and any side agreements to Congress, to provide us with an in-depth briefing on the matter, and to consult with all key stakeholders.”