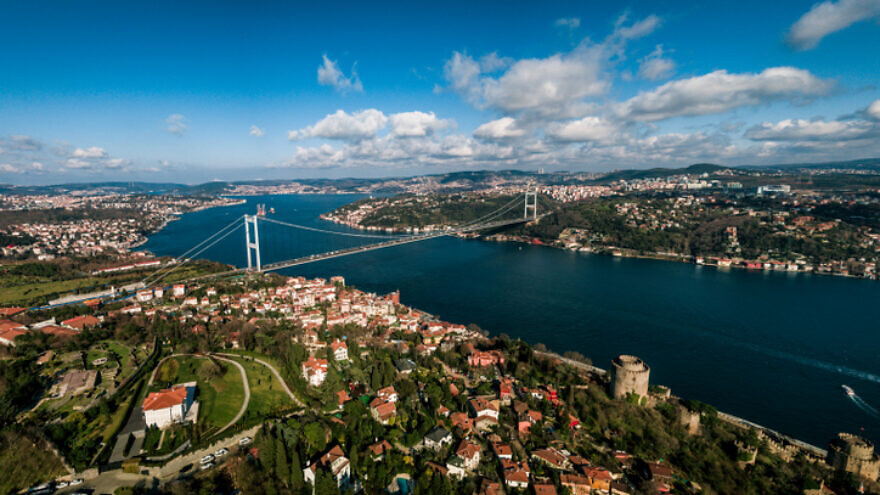 (May 30, 2022 / JNS) Israel’s Counter-Terror Bureau warned on Monday of a “tangible threat” to the safety of Israelis in Turkey, urging travelers to be extra-vigilant.

“For several weeks, especially since Iran has accused Israel [of responsibility for] the death of an Islamic Revolutionary Guard Corps officer last week, there is increasing concern in the security establishment regarding Iranian efforts to attack Israeli targets around the world,” the bureau said in an updated travel advisory for Turkey.

“Therefore, the National Security Council and the security establishment underscore the travel warning to Turkey and reiterate that it is a country that currently has a high level of risk for Israelis,” the statement continued.

The warning comes just a week after the killing of IRGC Col. Hassan Sayyad Khodaei on May 22.

While a tangible threat exists in Turkey, the threat level in all countries bordering Iran is elevated, said the bureau. The statement called on Israeli citizens to be “alert and take care to show all due caution regarding travel to any of these countries.”

The National Security Council’s official advice to Israeli citizens is to refrain from nonessential travel to Turkey, and for those who do travel, to refrain from establishing contact with unknown people and to be suspicious of offers from unknown individuals, including local service providers.

The council also called on Israelis to avoid giving out personal information, details of their journey and their precise location in real-time or ahead of time, and to be aware of local emergency numbers in their destinations. Travelers should also avoid emphasizing their Israeli identity in hotels, tourist attractions, restaurants and public places, according to the advisory.