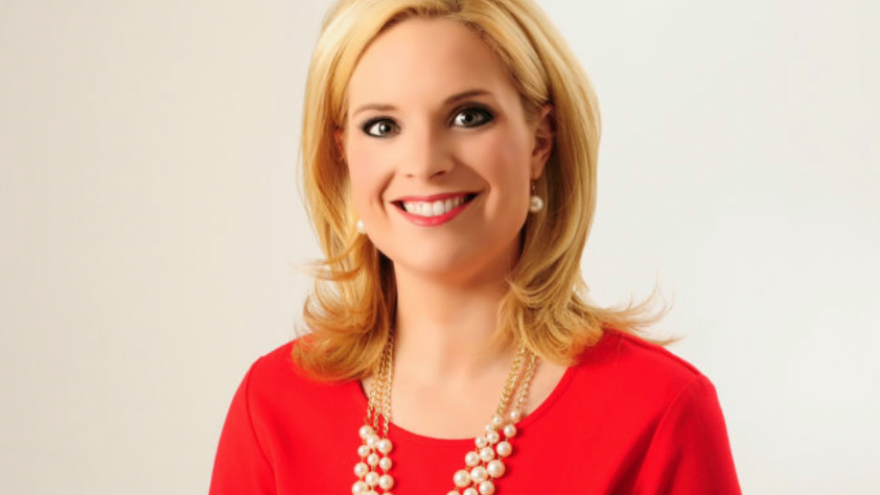 Her win was part of the record number of Republican women elected to Congress.

“It looks more like our country, which I think is fabulous,” she told JNS in an interview this month. “You’ve got women, you’ve got immigrants, and you’ve got veterans who are coming in this class, and I’m thrilled to be a member of this record-breaking GOP women class.”

“I think it also speaks to the fact that that glass ceiling is broken across the country, and more women are going to continue just to line up and say it’s time for me to do something about what I’m seeing in my community,” she continued. “Whether or not that’s at the local board level or commission level or running for a federal office—up- and down-ticket—I’m just so proud that it’s inspiring other women to step up and be voices in their communities.”

Before serving in the Iowa House of Representatives, Hinson was a journalist and anchor for a number of local news stations.

Hinson, 37, who is married with two sons, said that “faith, family and freedom are my priorities, in that order.” Her support for Israel and the Jewish people fits under those categories.

JNS talked with Hinson by phone on Dec. 8. The interview has been edited for brevity and clarity.

A: It’s an absolutely imperative relationship for both of our countries. We look at not only the partnerships for security, but also for economic development, research, medicine. There are so many ways our countries are helping each other, and I think that relationship is invaluable both from the past and going forward.

Q: What values do the two nations have in common?

A: We value the spirit of value, where everybody wants to let everybody have the chance at that dream. Here in the United States, it’s life, liberty and the pursuit of happiness, and I think that Israelis value the same. We also obviously value our faith as a shared value. I’m a Christian, and that’s very important to me to be able to practice the faith that I choose, and I think that’s great that this country embraces that. In Israel, obviously, the Jewish faith is under attack constantly, so as someone who shares that value of being able to practice your faith, that’s something that I think we share.

Q: How do your Christian beliefs inspire your support for Israel?

A: It’s quite simple. It’s compassion. It’s standing up for, in my case—the Bible and Christianity, and that history that comes with that. When I look at some of the things that have been done to try to undermine protecting faith in Israel, that’s where I think my ultimate support comes for standing up for that.

A: I’ve proven during my time as a state legislator that I will stand up for faith. When I look at the people who are Jewish in this community and believe in what’s happening in Israel, I think I will continue to stand up for that and listen to them about their concerns. Over and over again, I heard it from a number of different faiths, about how important moving the embassy to Jerusalem was. I’ve heard that time and time again from people in my district that’s a priority for both Christians and Jews.

The other thing that’s really important is that people don’t tolerate hate, no matter where you are in this country. When it comes to standing up to anti-Semitism, which is on the rise, I have been tasked with making that a priority as well. We did some legislation here in Iowa, and I look forward to continuing to work on this in Congress.

A: I have not actually been able to go. My pastor at my church used to lead a trip every year, and unfortunately, when I was serving in the legislature, it was always during January or May when we were in session. I’m looking forward to going.

Q: Describe your interactions with the Jewish community before and during the campaign.

A: I’ve always had a really good relationship growing up. My best friends across the street were Jewish, so I participated in their bat mitzvahs. My family had experience with the Jewish community as I was growing up. Through the campaign, it’s been an education. I sat down with some folks from AIPAC, for example, and the Republican Jewish Coalition. I’ve learned about the issues that are important, many of which we’ve talked about. Knowing that there are allies; I’ve heard this over and over again because it shouldn’t be a partisan issue, but it’s increasingly becoming so.

Q: What’s your reaction to what U.S. President-elect is saying about re-entering the United States into the Iran nuclear deal if Iran returns to compliance?

A: I don’t think we can trust Iran, and I think that entering back into that deal would be a grave mistake. They’ve proven what their intentions are—to destroy Israel and its way of life.

Q: How do we best combat anti-Semitism and anti-Zionism, including the BDS movement?

A: In Iowa, we passed a bill that’s against BDS. The best thing we could be doing is educating people about what that looks like, encouraging people who have experienced anti-Semitism or have seen it to tell those stories, to really talk about how that’s truly hate speech. That’s what we need to bring that into the mainstream because I think everybody can recognize racism, but anti-Semitism is right there and religious discrimination is right there. The second we start tolerating those things, it creeps into other religious persecution, which is not right and is against what the foundation of this country was built on.

Q: As a former journalist, what are your thoughts about anti-Israel media bias?

A: I wouldn’t say it’s pervasive, but I would say I think that comes down to education. You need the full perspective on a story; sometimes, that may be missing. Making sure that everybody understands the full context of what they’re reporting on—the relationships between countries and history. I, of course, would like to see it go away, even if it’s unintentional. And sometimes, I believe it is. Sometimes, it’s just tone, so I would challenge all fellow journalists to understand the tone of their reporting, combined with the context of the bigger picture dealing with Israel and the Jewish faith, and the relationships between our countries.

Q: Regarding anti-BDS legislation, how do you respond to critics who say that such measures go against the First Amendment?