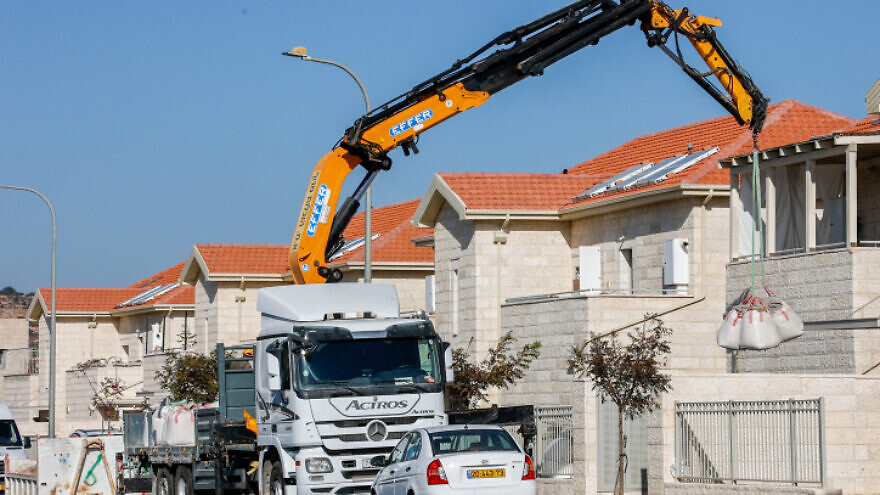 (October 28, 2021 / JNS) Israel moved ahead on Wednesday with plans to construct thousands of homes in Judea and Samaria, despite strong U.S. objections, Israeli media reported.

A Civil Administration committee approved the construction of 3,144 new housing units, and is expected to approve an additional 1,303 on Sunday for Palestinians in Area C, according to Kan news. Of the 3,144 units approved on Wednesday, 1,800 received final authorization, while 1,344 received only preliminary approval.

U.S. State Department spokesman Ned Price strongly criticized the move on Tuesday, calling it “completely inconsistent with efforts to lower tensions and to ensure calm,” and damaging for the prospect of a two-state solution.

“We also view plans for the retroactive legalization of illegal outposts as unacceptable. We continue to raise our views on this issue directly with senior Israeli officials in our private discussions,” he added.

U.S. Secretary of State Antony Blinken and Israeli Defense Minister Benny Gantz also discussed the issue during a “tense” phone call on Tuesday, according to Axios.

Blinken told Gantz that both the number and location of the new homes were “unacceptable,” Axios reported Israeli officials as having said. According to the report, the secretary of state also requested that Gantz take the U.S. position on settlements more into consideration in the future.

The Israeli defense minister said that he understood the Biden administration’s concerns and that the number of housing units approved was lower than originally intended for this reason. He also noted the approval of 1,300 units for Palestinians in Judea and Samaria, something he said had not been done in more than a decade, according to Axios.

On Sunday, the Israel Land Authority issued a tender for the marketing of some 1,300 housing units in Judea and Samaria, including 729 in Ariel, 346 in Beit El, 42 in Elkana and another 50 at a reduced price. In Beitar Illit, 252 housing units are to be built.

“We’re doing just as we promised,” said Israeli Housing and Construction Minister Ze’ev Elkin upon announcement of the move, according to Kan. “The strengthening and expansion of Jewish settlement in Judea and Samaria is an imperative and very important part of the Zionist enterprise. I will continue to strengthen Jewish settlement in Judea and Samaria.”