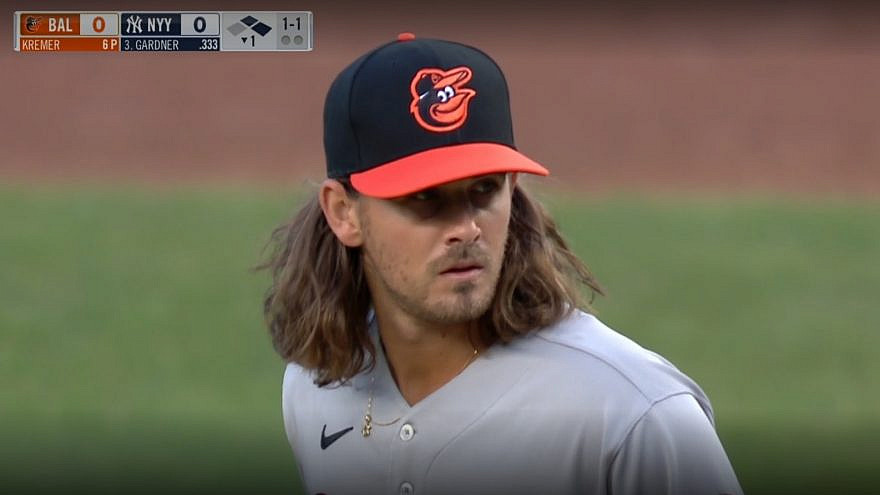 (April 7, 2021 / JNS) Baltimore Orioles pitcher Dean Kremer holds the distinction of being the only Israeli to pitch at “The House That Ruth Built.”

After Tuesday night’s start against the Yankees in New York City, he reported that “pitching at Yankee Stadium felt pretty good. This time, it was better because there were fans. It was definitely an experience.”

After giving up a leadoff single to DJ LeMahieu, Kremer—the 25-year-old Israeli-American starting pitcher for Baltimore Orioles—was just as quickly knocked off the mound by an Aaron Judge line drive, which Yankees’ radio announcer John Sterling described as a “bullet up the middle” that “drilled him.” Announcer Suzyn Waldman observed that Kremer was “wincing.”

While Orioles manager Brandon Hyde and the team trainer were assessing Kremer’s ability to continue, Waldman shared the young player’s biography, which includes having two Israeli parents who served in the Israel Defense Forces, his spending summers in Israel and his having a history of pitching for Israel’s National Team. Waldman noted Kremer’s impressive record against the Yankees last year when he was called up by the Orioles at the end of the season.

“He had two terrific games against the Yankees,” said Hyde. In those two appearances, Kremer pitched 11 innings, gave up two runs and had 14 strikeouts.

Kremer’s impressive first season earned him a spot in this year’s starting rotation for the Orioles. He struck out seven batters in six innings pitched in his Major League debut last season at Camden Yards in Baltimore. He had 22 strikeouts in 18 innings, while also giving up 12 walks. 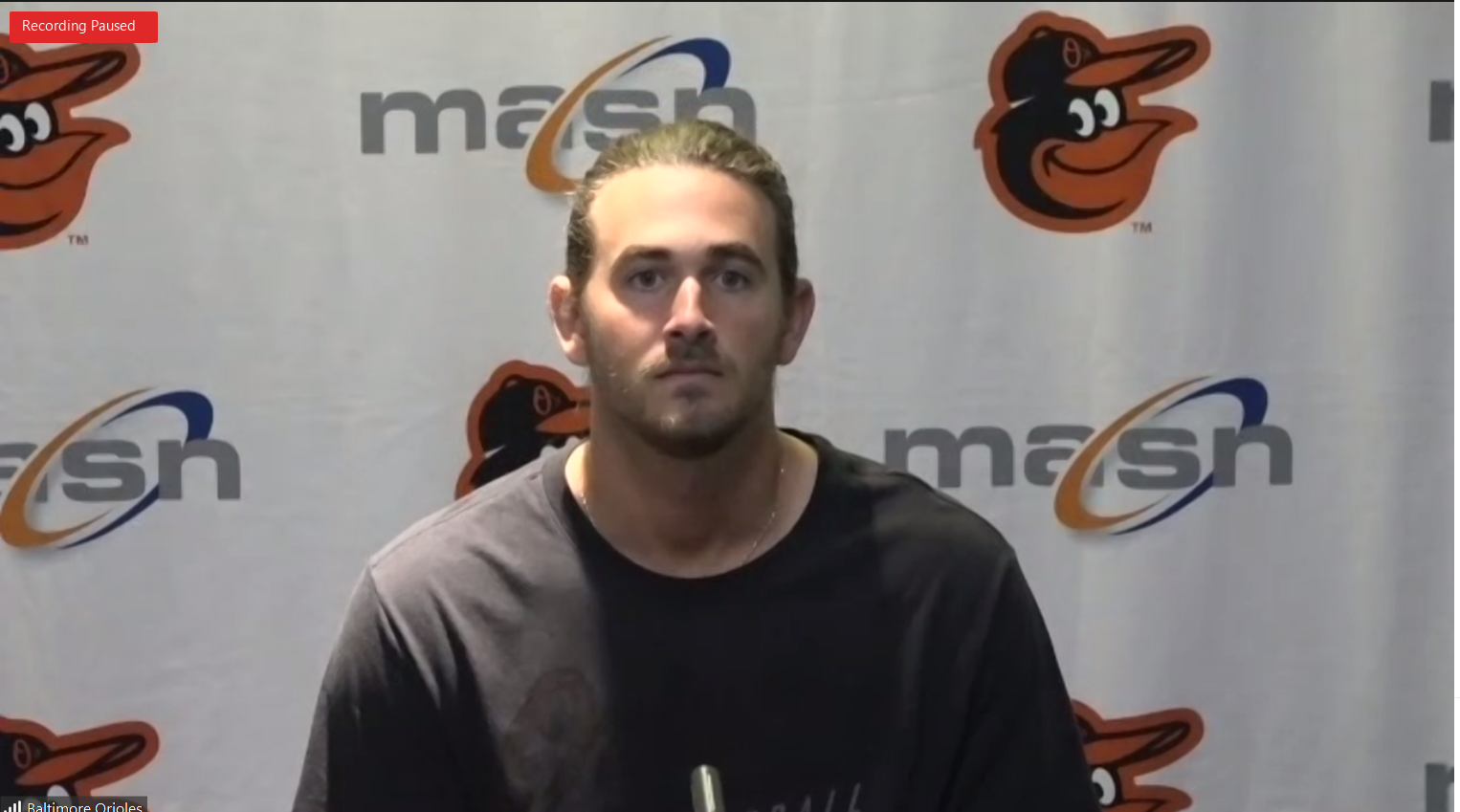 Dean Kremer speaking to the media after his start at Yankee Stadium. Source: Screenshot.

After Tuesday night’s scare, which Kremer reported “luckily got me in the meat and not in a bad spot,” he got back on his feet. “It got tight at first, then loosened. I just kept going.”

He struck out the next three batters and threw a total of 80 pitches before leaving with the Orioles trailing 1-0 in the fourth inning. Kremer gave up four walks, five hits and five strikeouts. The Yankees held on to win 7-2 behind starter Gerrit Cole’s 13 strikeouts in seven scoreless innings.

‘Being the first to do something is an incredible honor’

Born and raised in Stockton, Calif., Kremer pitched for the Team USA baseball team in the 2013 Maccabiah Games in Israel, winning a gold medal. In 2014 and 2015, he pitched for Israel in the qualifying rounds for the European Baseball Championship. Also in 2015, he became the first Israeli drafted by a Major League Baseball team; he was drafted by the San Diego Padres in the 38th round but chose not to sign.

He was drafted again by the Los Angeles Dodgers in the 14th round of the 2016 MLB draft. He pitched in September 2016 in the qualifier for Israel at the 2017 World Baseball Classic. The Dodgers traded him to the Orioles in 2018, where he led all Minor League pitchers in strikeouts. 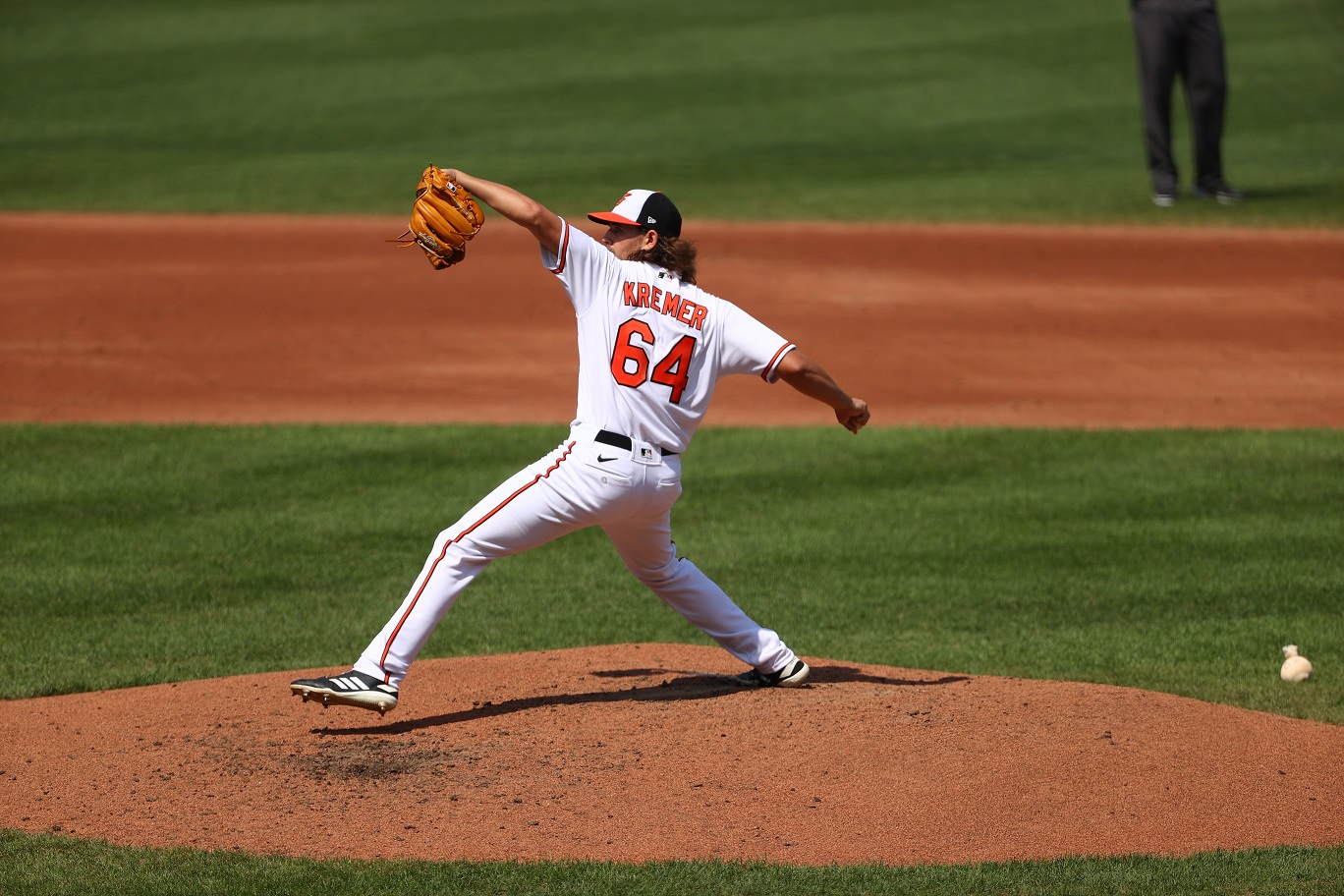 Cody Decker, who played for the San Diego Padres and various other Major League teams (mostly with Minor League affiliates) as well as for Team Israel, and is known for bringing the team’s mascot, “The Mensch on the Bench,” from the United States to Asia for the World Baseball Classic, is proud of his Team Israel teammate. “Dean is a great kid with a live arm and bright future—and when he grows it out, he has GREAT hair!”

Kremer is proud of his Team Israel experience and of being the first Israeli citizen in the MLB. “It means everything to me,” he said. “Just being the first to do something is an incredible honor.”

He noted that he values his time with Team Israel. “Being around those guys—the guys on the team were much older or a few years older—with Big League experience helped me get to where I am now. It was a pretty unbelievable experience.”

Peter Kurz, Israel Association of Baseball (IAB) President and general manager of Team Israel, loved having Kremer on the team and is “very excited to have Dean open up the season against the Yankees.”

Kurz, whose Team Israel is preparing for this July’s Tokyo Olympics (rescheduled from 2020 due to the coronavirus pandemic) added that “Dean is on Team Israel’s extended roster, but as a 26-man roster MLB player, he will not be eligible to play for us in the Olympics. We want to wish him the best of luck in the upcoming season and his career.”

Hyde said he is proud of his starter and sees great potential in the young player. “He pitched well and battled through. He threw a lot of pitches and ran out of gas in the fourth inning.”

Still, he said he is pleased that Kremer has four pitches, and admires his “starter mentality and toughness” and feels he “will continue to improve.”

Announcer Sterling pointed out that Kremer’s Yankee Stadium pitching debut took place on the same day in Yankees history when Jewish baseball player Ron Blomberg became the first designated hitter for MLB. On April 6, 1973, at Boston’s Fenway Park, Blomberg was walked by Red Sox pitcher Luis Tiant with the bases loaded in the first inning. The bat he used now stands on display at the Baseball Hall of Fame in Cooperstown, N.Y. 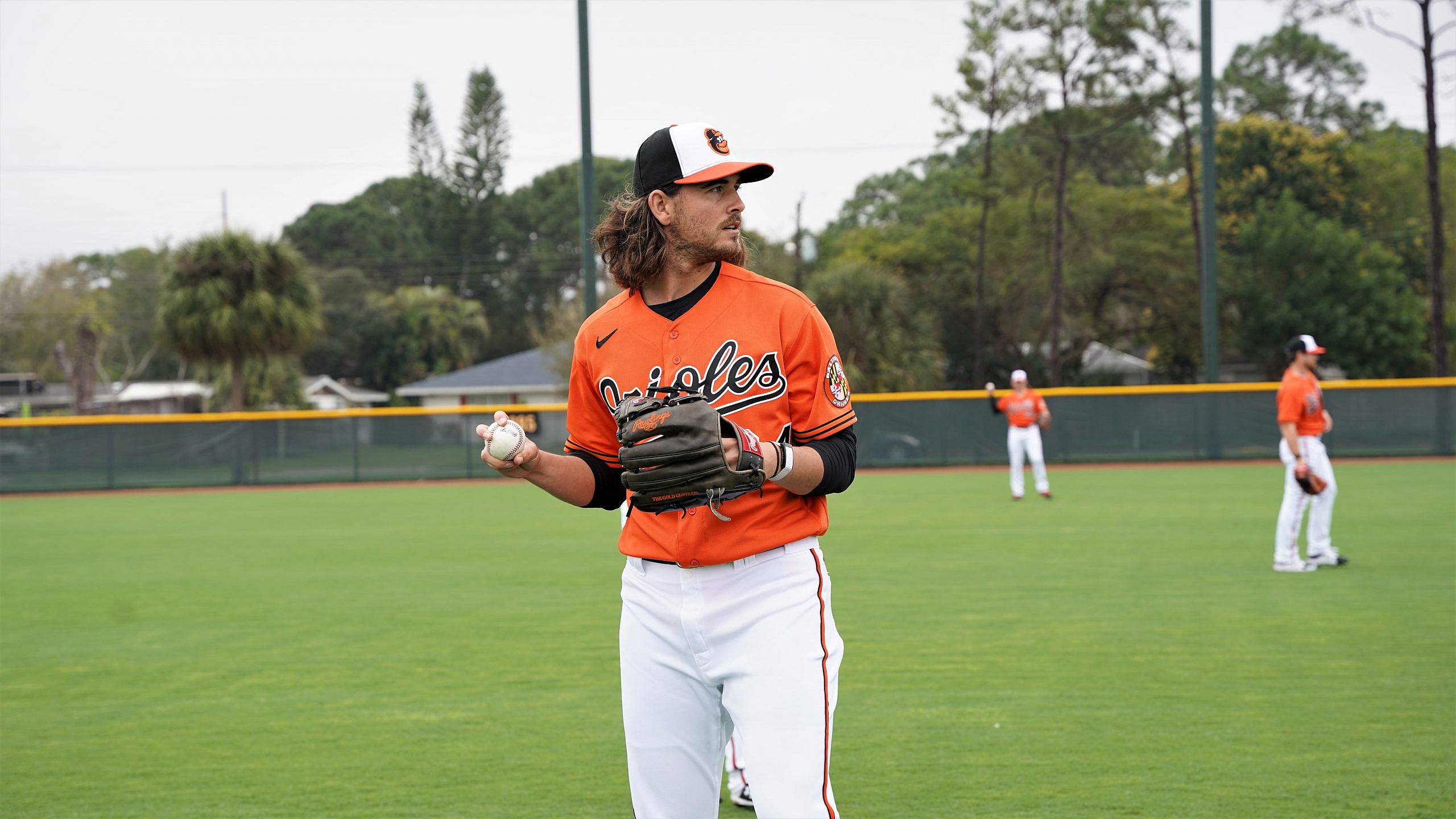