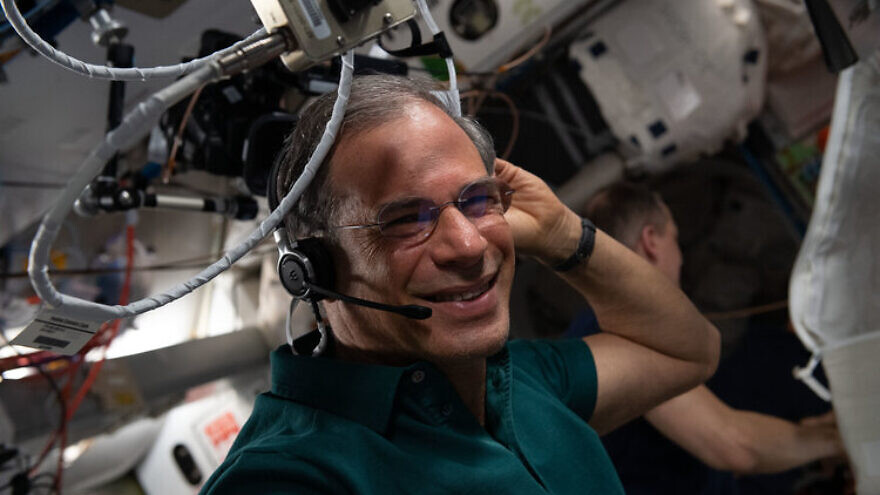 (April 25, 2022 / JNS) Israeli astronaut Eytan Stibbe and the three other members of the Axiom-1 (Ax-1) mission are on their way back to Earth following a 15-day stay in the International Space Station, according to the Axiom Space website.

Their spacecraft, the SpaceX Dragon Endeavor, undocked from the ISS at 9:10 p.m. ET on Sunday and was scheduled to splash down off the Florida coast on Monday afternoon. The return trip had been delayed for several days due to bad weather.

Stibbe, a businessman and a former Israeli Air Force fighter pilot, is the second Israeli to travel to space and the first to board the ISS. During his time in orbit, he conducted 35 scientific experiments as part of the Rakia Mission, led by the Ramon Foundation in collaboration with the Israel Space Agency and Israeli Ministry of Innovation, Science and Technology.

In a farewell ceremony prior to departure, Stibbe (floating inverted relative to the camera) said in Hebrew that his journey had been unique, and that all the astronauts aboard the ISS had “lent a hand,” according to the No Camels website.

“I learned a lot and I feel that we just started. I’m ready to stay here another month,” said Stibbe, according to the report.

Ax-1 is the first-ever all-private mission to the ISS. According to Axios Space, it is the first of a series of missions to the station, and an important milestone on the way to the creation of the world’s first private space station in low-Earth orbit.