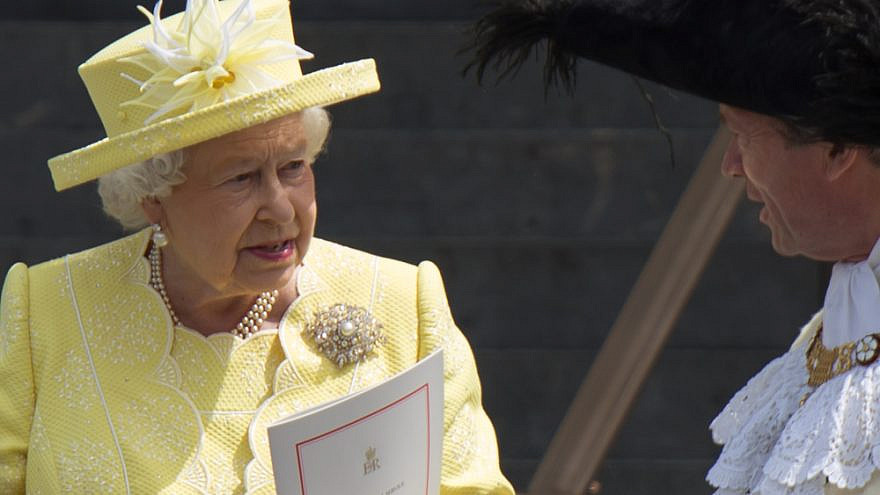 (September 8, 2022 / JNS) Israeli Prime Minister Yair Lapid took to Twitter to express condolences upon the death of Queen Elizabeth II, calling her “an extraordinary figure, a unique leader who symbolized devotion and love for her homeland.”

“On behalf of the people of Israel, I mourn her passing and participate in the heavy mourning of the grieving British people and the British League of Nations, who lost the mother of the nation. She was a historical figure—lived the history, created history and left a glorious and inspiring legacy,” he wrote on Twitter, extending his condolences to the new King Charles III and the royal family.

“During her long and significant tenure, the world changed dramatically, and in the face of this change she was a symbol of stable and responsible leadership, and a beacon of morality, humanity and patriotism,” added Herzog. “In her life and in her service to her people, she reflected the spirit of deep-rooted tradition, integrity and mission.”

Alternate Israeli Prime Minister Naftali Bennett offered his “thoughts and prayers to the Royal Family, friends and the people of the United Kingdom” on Twitter.

“For the past 70 years Her Majesty has served as a figure of dignity, honor and stability for her country and for the world,” he wrote. “The people of Israel are grateful for Her Majesty’s service and hope she may rest in peace.”

My thoughts and prayers are with the @RoyalFamily, friends and the people of the United Kingdom as they mourn the passing of Her Majesty Queen Elizabeth II.

Israeli opposition leader Benjamin Netanyahu called the Queen a “legendary sovereign, a beacon of integrity and a steward of a second Elizabethan age which will be remembered down the centuries.”

“May her memory be blessed,” he added.

My wife Sara and I, along with all the people of Israel, send our condolences to the people of Britain and to the royal family on the passing of Queen Elizabeth II

The Queen died on Thursday at the age of 96 as the longest reigning monarch in British history. She was surrounded by the royal family, including her children, at Balmoral Castle in Scotland.