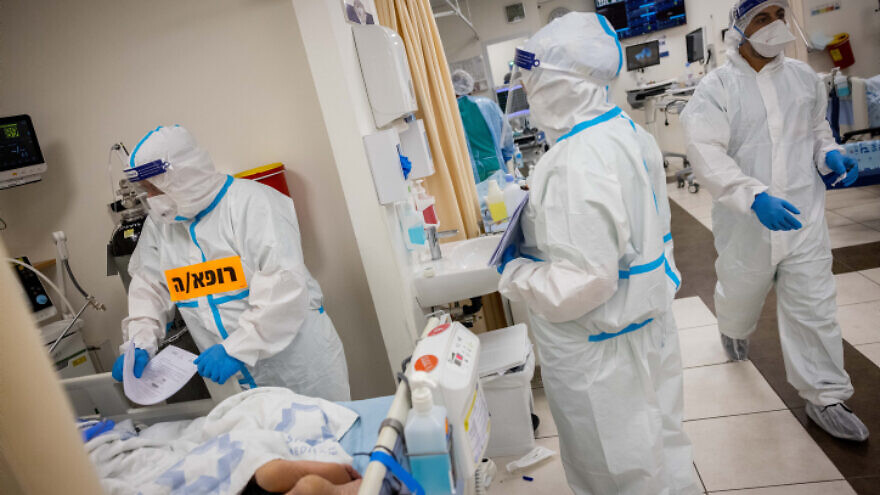 (February 23, 2022 / JNS) The death rate in Israel increased by 6% between March 2020 and December 2021 compared to the same period in previous years, according to data published earlier this week by the Health Ministry.

The cause of death is according to what was recorded on the individual’s death certificate, in most cases based on the death notice provided by the doctor who determined the cause of death.

Within two months of the start of the pandemic, by April 2020, mortality was already on the rise—up 4 percent compared to the average mortality rates from April 2017 to 2019.

Senior citizens over the age of 65 were among the hardest struck by the pandemic with an excess mortality rate of about 4% overall compared to the mortality rate in previous years.

The report also reviewed the leading causes of death in the country at various intervals.

Since 1999, cancer has been the leading cause of death for men and women in Israel; heart disease has been the second.

Professor Cyrille Cohen, president of the Israel Cancer Association, told JNS that “if cancer is still the leading cause of death, it means that we have to have better screenings of patients and more routine checks to allow for early detection.”

A report published last month by the Organization for Economic Co-operation and Development (OECD) found that Israel has a deficit of nurses, doctors and MRI machines, in addition to the investment in the health-care system compared to the majority of 37 other OECD countries.

“I think this new report underscores the need to provide direct resources to the healthcare system,” said Cohen.

He also noted that “we need to insist that people be more aware that they need to eat better, exercise and attend their regular checkups because it is sad to see that cancer is again a real problem.”

Cohen said lung cancer, for example, is among the most common cancers in Israel—one that is a direct result of lifestyle choices, mainly smoking. He said that the country should invest more in campaigns to explain to teenagers that smoking is unhealthy.

Another issue, he added, is obesity, which is on the rise in Israel but can be reduced through effective marketing and information campaigns.

While in the past 10 years Israel has seen a decline in death rates from most leading causes, a high number of fatalities from certain diseases remains. Among top causes for death in Israel are cerebrovascular disease, dementia, diabetes, influenza, pneumonia and sepsis.

Death from accidents is also high, especially among younger people.