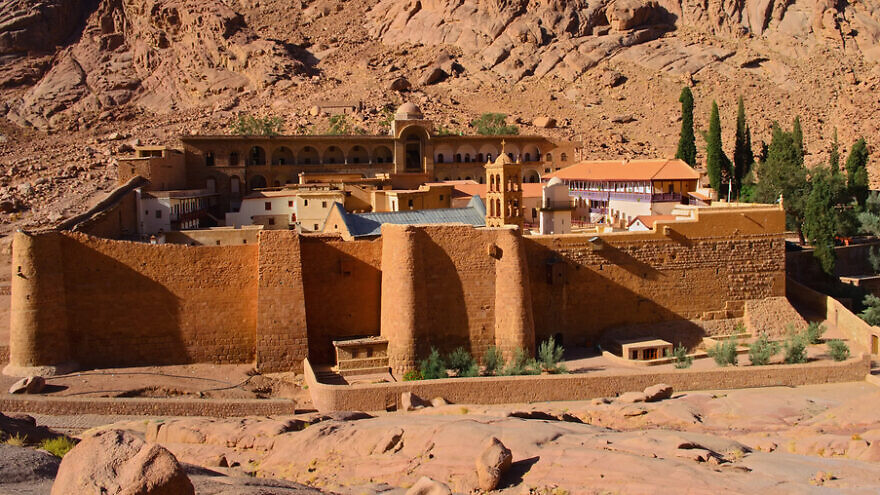 (December 23, 2021 / JNS) Documents, photographs and ancient manuscripts from a monastery in the Sinai Peninsula are now available for free on the National Library of Israel website.

The collection from Saint Catherine’s Monastery includes items from the 12th century. The monastery’s library is considerably older as it was founded in the sixth century by Byzantine Emperor Justinian the first and is believed to be the oldest working library.

It contains works in various languages including Greek, Arabic, Syriac, Georgian, Armenian and more, which library officials say is a “treasure trove” of text related to early Christianity.

Additionally, the archive has photos of the monastery and surrounding lands in the aftermath of the Six-Day War in 1967, along with rare colored footage filmed by Jacques Soussana, a cinematographer, photographer and former National Library employee whose wife recently donated the film to the library. The film was digitized with the help of the Steven Spielberg Jewish Film Archive and the Jerusalem Cinematheque. 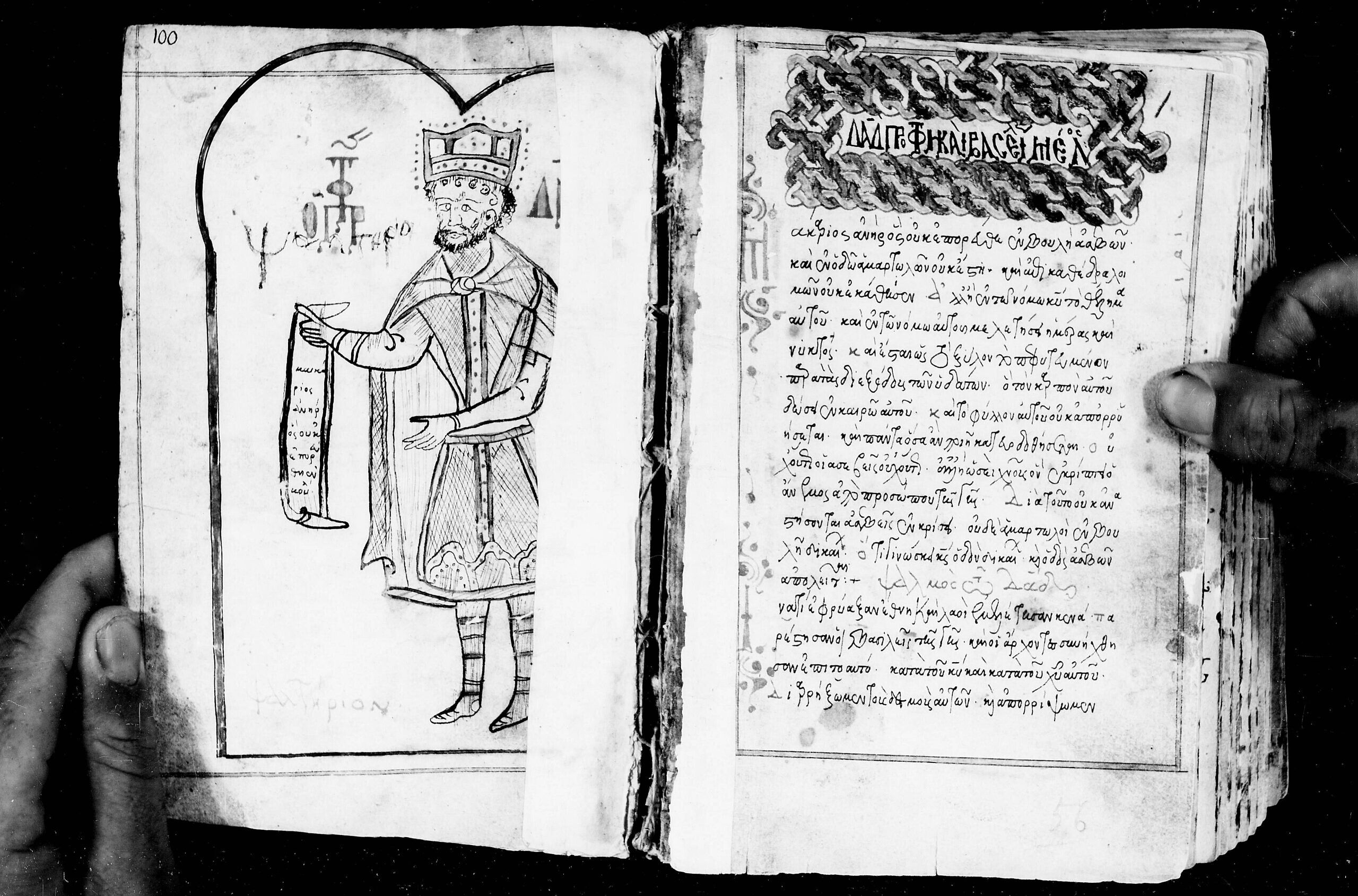 Greek Psalms and Cantica, circa 1504. Credit: From the Holy Monastery of St. Catherine at Mount Sinai via the National Library of Israel Digital Collection.

“The digital images of these manuscripts are truly priceless, particularly for scholars of Orthodox Greek Christianity,” said Stefan Litt, curator of the National Library of Israel’s Humanities Collection, who oversaw the project. “They show us how the collection’s manuscripts looked more than 50 years ago and are now safely preserved and long-term.”

Israel initially created microfilms of some 1,600 manuscripts back in the 1960s after reaching an agreement with the Greek Orthodox Archbishop and following a similar archiving project conducted by the Library of Congress in the United States. The microfilms created by what was then called the Jewish National and University Library were deteriorating rapidly, prompting the National Library as it is now called to undertake this new digital endeavor. 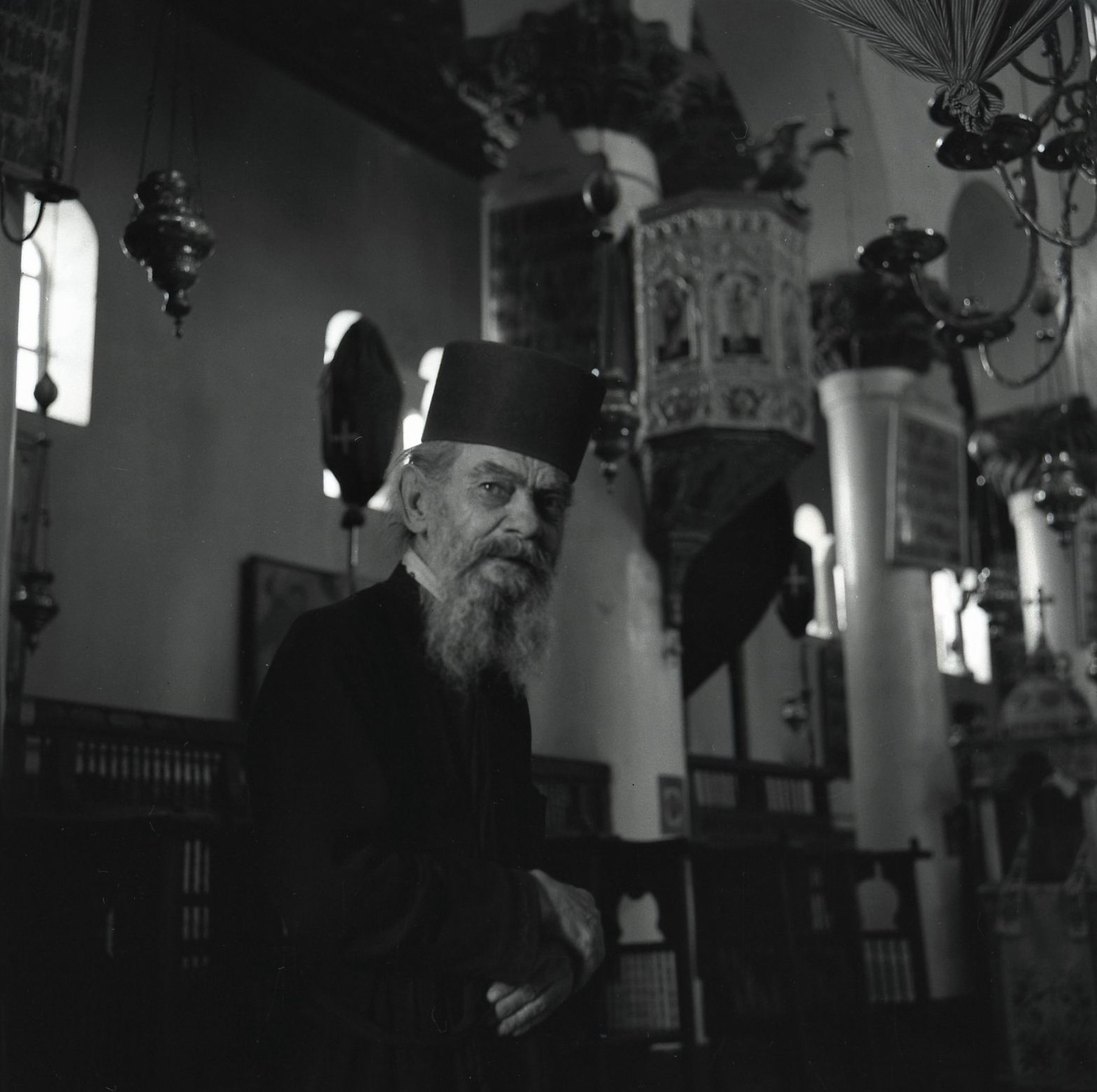